A young Fords side went down fighting at The Millenium Stadium in a game that saw 13 debutants for the Tigers. 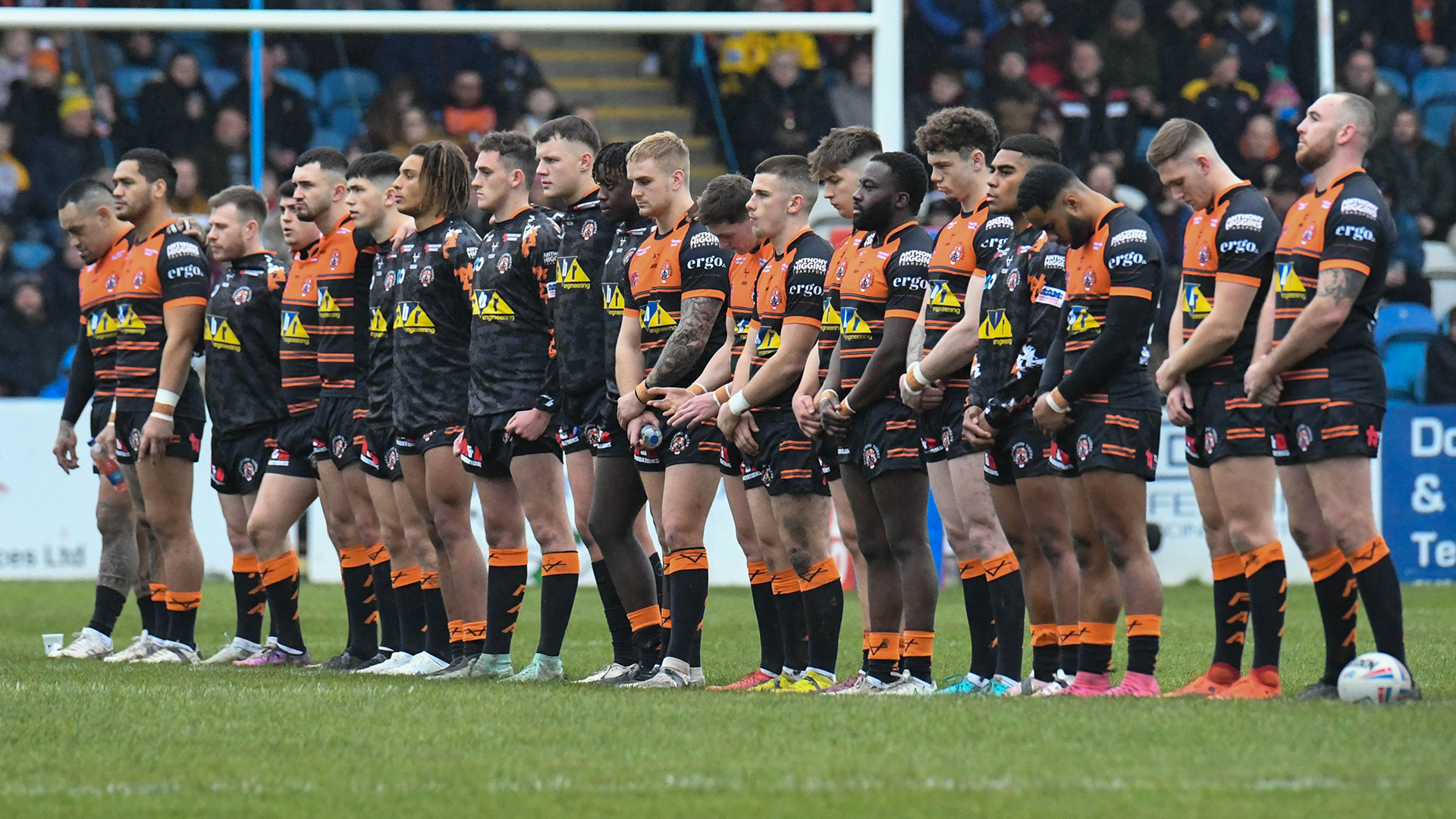 A young Fords side went down fighting at The Millenium Stadium in a game that saw 13 debutants for the Tigers. The young guns were spirited, and there were some fantastic performances, against a full strength Featherstone Rovers side.

An early knock on from Tigers man Fonua lead to a Featherstone attack. They swung the ball from right to left but level up the errors score line with a knock on of their own 10 metres out.

The home side struck first. A six again for holding on too long in the ruck gave Fev the opportunity to attack. They came down the Cas right and a kick through from Riley Dean was pounced on by Brad Day to open the scoring.

Rovers struck again on the 18 minute mark. After a 6 again call and a penalty for a ball steal, Fev found themselves 10 metres out on last tackle. A looped ball out wide over the top of the defence found the hands of Gareth Gale, who after juggling to gain control, grounded in the corner.

The Tigers got themselves on the scoresheet 23 minutes into the game. A Featherstone attack is quickly annulled as Bureta Faraimo intercepts five metres from his own line and broke. He was caught by Thomas Lacans, but from the resulting play, the ball was put through hands and found Elliot Wallis who grounded in the corner for his first try in Cas colours. 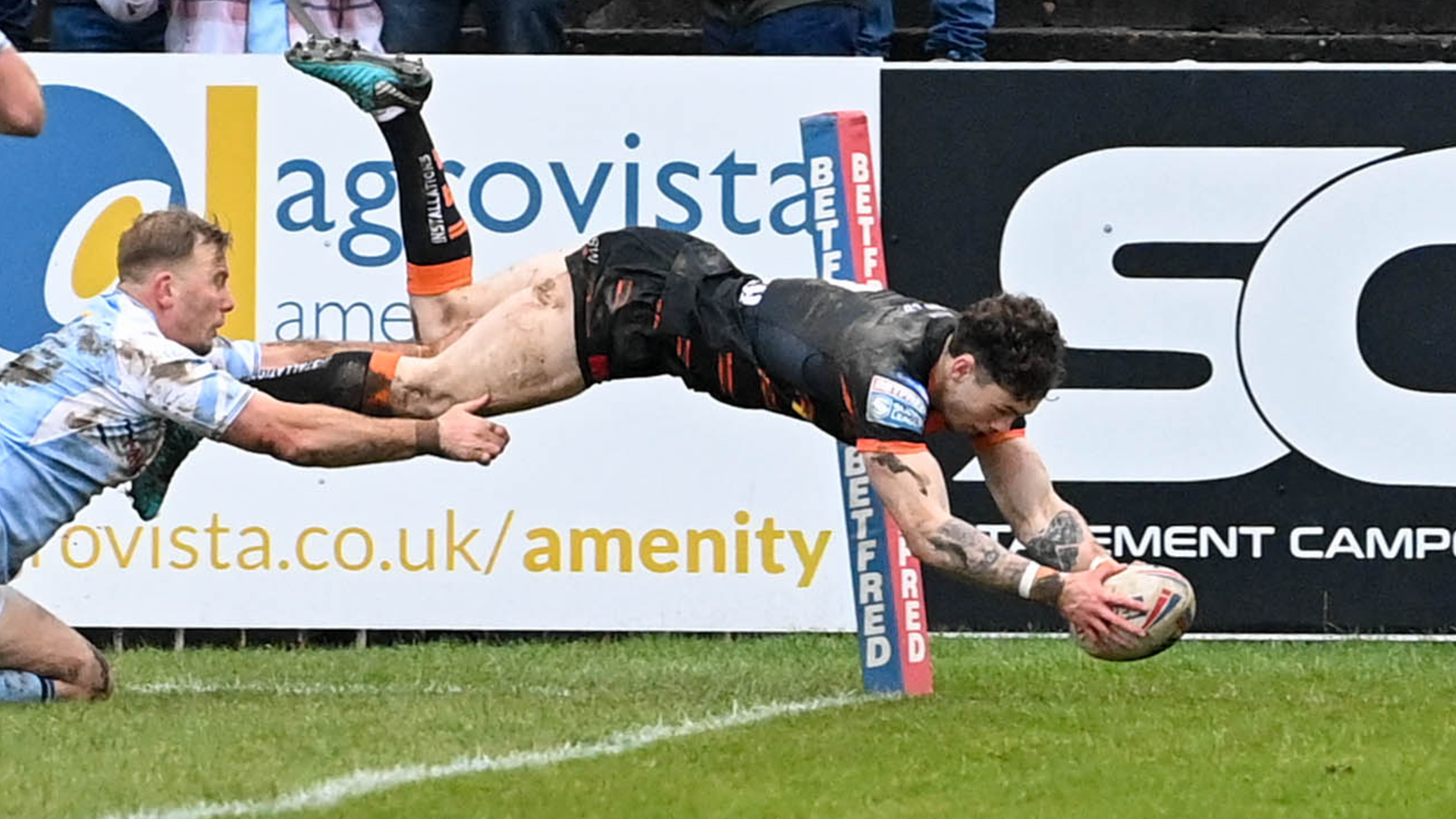 Both sides saw yellow as Cain Robb and Josh Hardcastle were sent to the bin for a scuffle at the ruck with 13 to play in the opening half.

Cas pulled level on 34 minutes! Jack Broadbent, who was on loan at Rovers last season, broke the defensive line on his own 40m and charged for home, beating everyone for pace and putting down slightly left of the sticks. Hookem was on target for the first time in the game and made it 10-10. 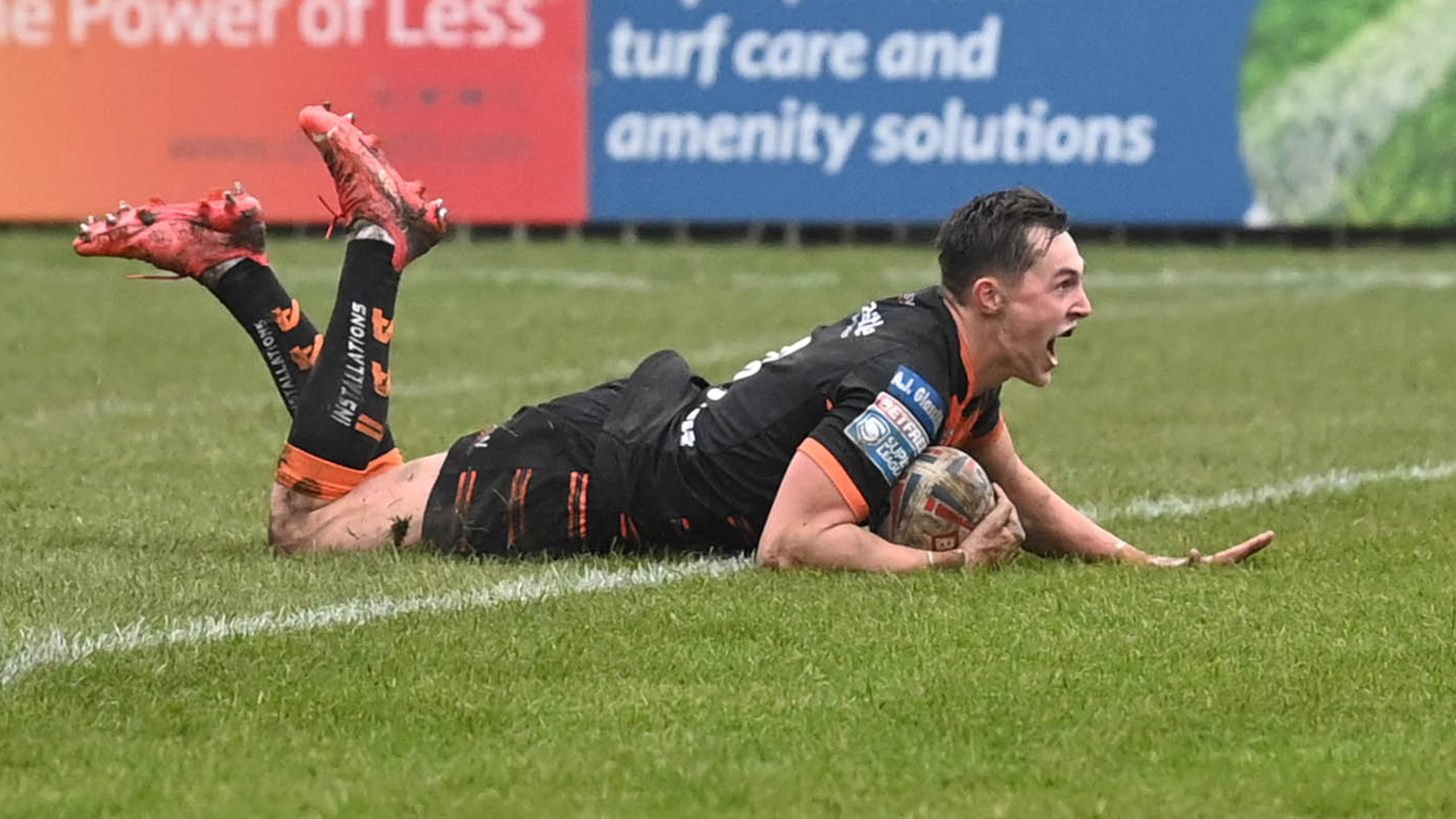 The hosts had other ideas and took the lead again just before the break. A flat pass from Warrington Wolves loanee Riley Dean just two metres out found Kopczak who after hitting the post protector, managed to ground.

Cas were in the ascendency in the second half, spending more time in the Fev half early doors. A penalty for a late hit and a repeat set left them hunting for a leveller. However, they failed to make it count and a stray pass turned the ball over.

Featherstone countered after recovering the ball and a kick on the last from Dean back towards the sticks fooled the Tigers. Lacans was there to ground the kick in goal and extend their lead.

The hosts went further ahead on 55 minutes. Numbers on their left hand side were Fev heavy and Dean’s pass found an unmarked Gale, notching the score to 26-10.

There was immediate impact from young Hugo Nikhata when he came on, when he bundled Craig Hall into touch close to the Tigers’ tryline.

Some fantastic performances from the Fords’ young guns who will benefit massively in having the experience of showcasing their talents against experienced professionals. Jacob Hookem commanded the play well from the middle of the park, while debut tries for Elliot Wallis and Jack Broadbent will live long in their memories no doubt.