One member of the Castleford Tigers Paws Dance Academy was nominated for the ‘Young achiever prize at the Love Where You Live Awards’, and we’re proud to say that she won! 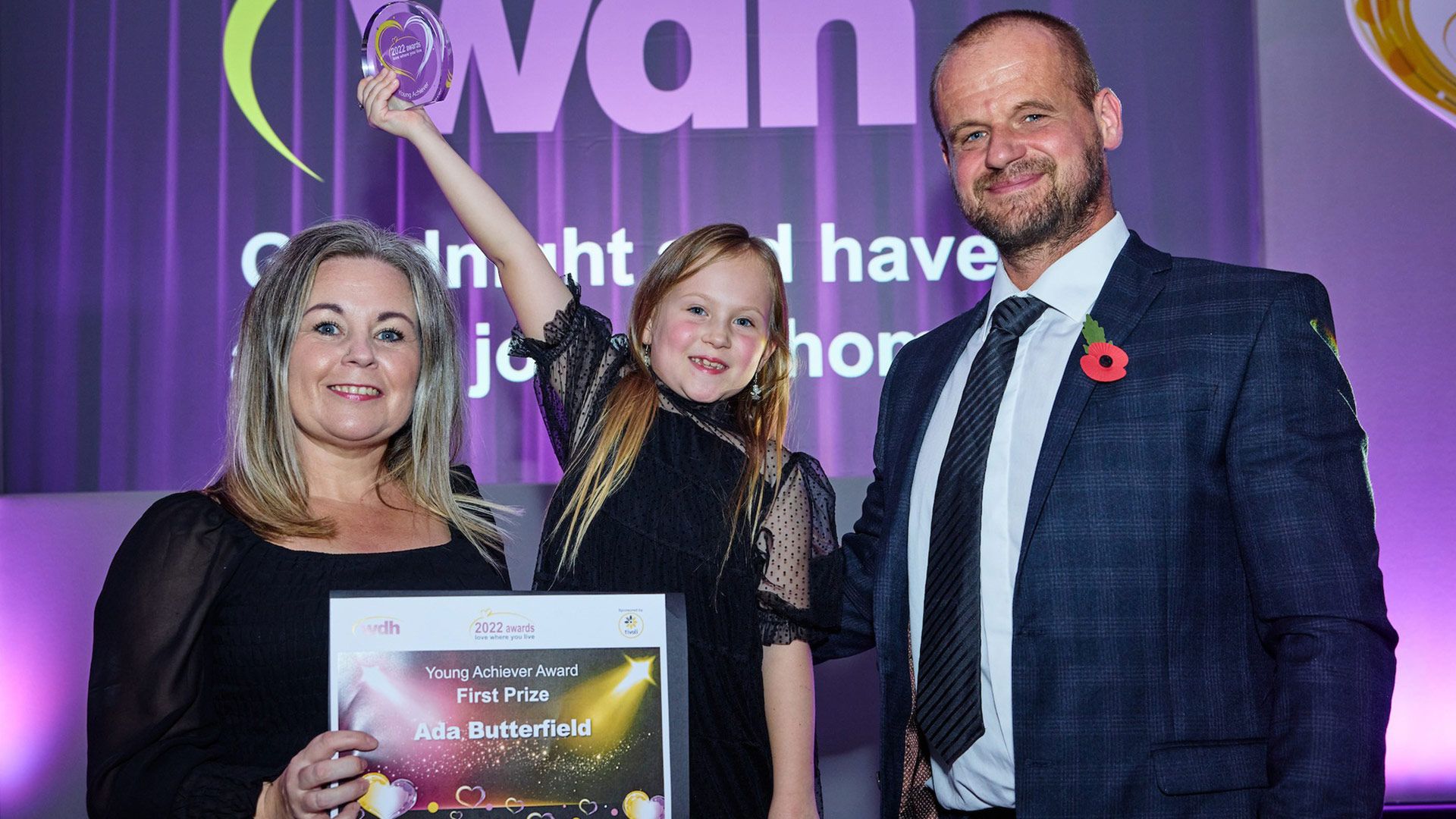 A short while ago, one member of the Castleford Tigers Paws Dance Academy was nominated for the ‘Young achiever prize at the Love Where You Live Awards’, and we’re proud to say that she won!

Ada Butterfield has been fundraising for The Children’s Liver Disease Foundation by completing one of Yorkshire’s Three Peaks, Pen-y-ghent! She also helped in the fundraising for her father, Michael, who ran the London Marathon for the Charity.

During lockdown she did her own personal run as well as other events and between the family they have now surpassed £80,000 raised! Ada took the top prize at the recent Love Where You Live Awards night for her remarkable achievements and services to the fundraising in all the events she has been a part of.

Ada’s story also featured in a recent book about inspirational children and she has had the full support of her fellow Paws dancers with over 200 children joining her on one of her recent challenges and some of them deciding to take the hike up Pen-Y-Ghent with her!

All at Castleford Tigers would like to congratulate Ada for the award and for the brilliant work this young girl does to raise money for a cause close to her and her family’s hearts.