Ahead of his seventeenth season as a Castleford Tigers player, #ONECLUB man Nathan Massey will have his testimonial game on Sunday, 5th February 2023! 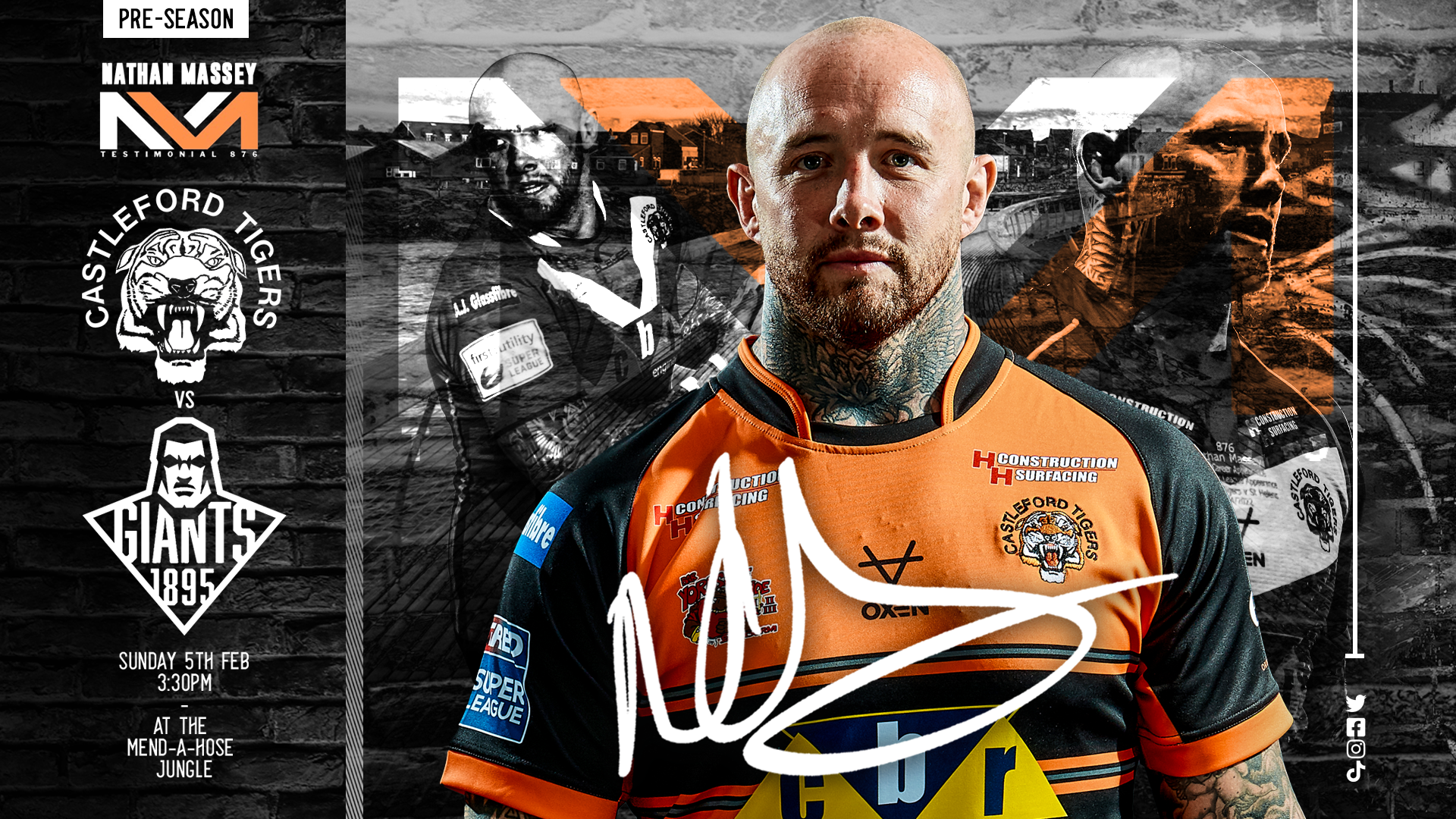 Ahead of his seventeenth season as a Castleford Tigers player, #ONECLUB man Nathan Massey will have his testimonial game on Sunday, 5th February 2023 at The Mend-A-Hose Jungle against Huddersfield Giants, with kick-off 3:30pm.

Castleford’s match against the 2022 Challenge Cup Finalists will be the last pre-season match for Lee Radford’s men ahead of Betfred Super League 2023 kicking off on Sunday, 19th February, away at Hull FC. 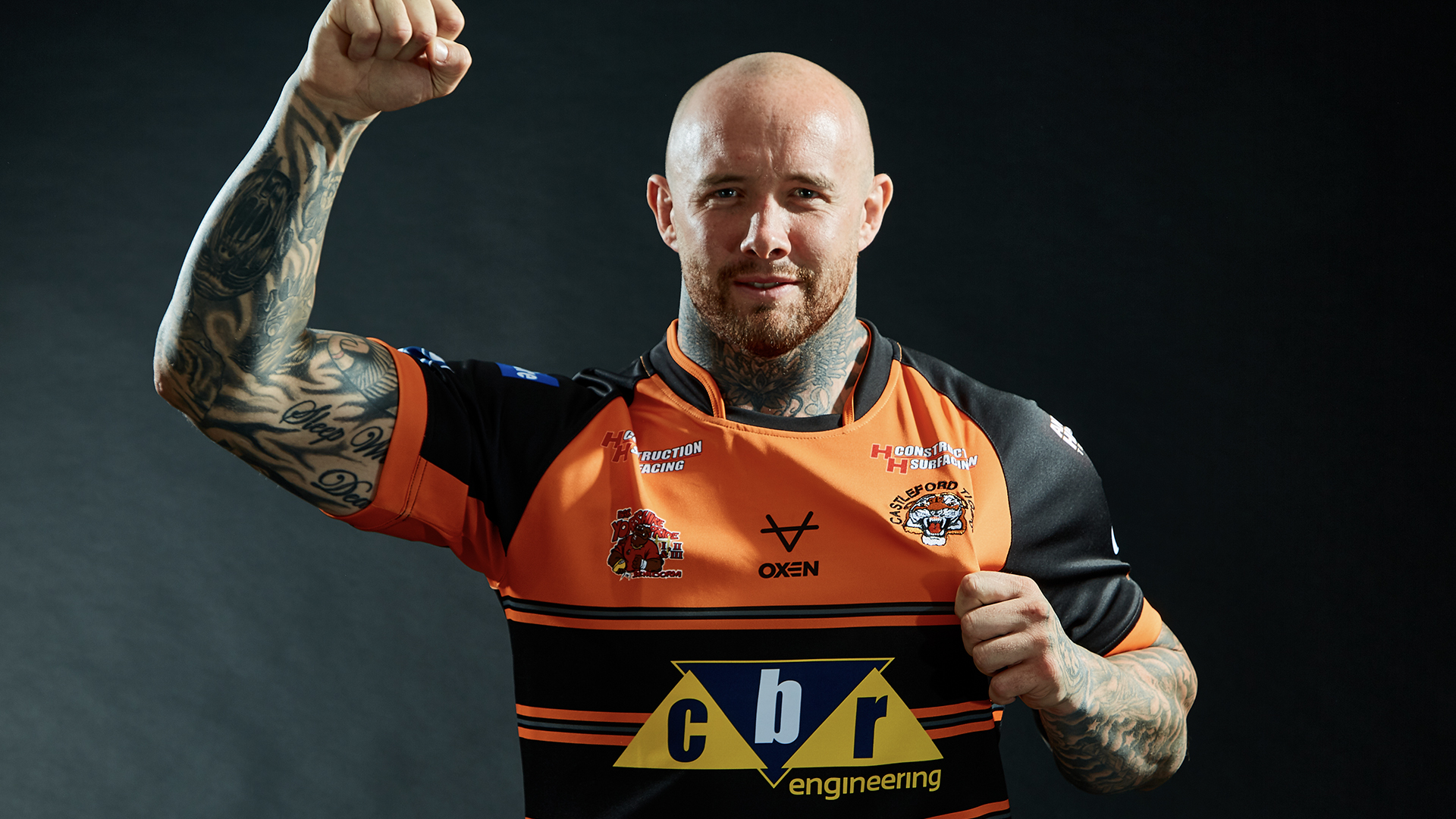 A proud product of the Castleford youth system, Nathan Massey has played 281 times for the Fords to date, making over 300 career appearances after making his First Team debut back in 2007.

During his time at Wheldon Road, Massey has been part of a turnaround in the Tigers’ fortunes from battling to avoid relegation, to competing for silverware, lifting the League Leaders’ Shield, and making it to two Challenge Cup Finals and one Grand Final.

Hailed by his teammates as one of the first names they want alongside them on the field, Nathan’s hard work in the middle of the pitch is the tough stuff, the hard carries, the big tackles, and what Head Coach Lee Radford refers to as the ‘engine room’ for the Tigers.

To have a match in his name and the Castleford team wearing his own bespoke kit, the afternoon of Sunday, 5th February will be an incredibly special occasion for the stalwart forward.

“I’ve made it no secret that I am so proud to play for this town and this club,” Massey told castlefordtigers.com.

“This club has got a lot of history and a lot of special players who have done a lot of special things so to be able to achieve a testimonial here and play my career here is something that I’m immensely proud of.

“I’ve designed a kit with OXEN for the game and I’ve had some great sponsors on board who have supported me there. We’ll be running out in my kit with my logo on the badge, it’s a really proud moment for me and my family.”

Facing off against fellow top-flight opposition in Huddersfield Giants, Massey believes it will be a good test for the player ahead of their season opener two weeks later.

“They (Huddersfield) had a great year last year and they’ve recruited really well in the off-season so, a couple of weeks out from the season it’ll be a great test for us and one we’re looking forward to for sure.”

The boss of the Fords, Lee Radford, is looking forward to welcoming Huddersfield to The Mend-A-Hose for his side’s final pre-season fixture and celebrating the hard work of a club stalwart.

“Massey has been at the club a long time and I think he has maximised his ability to get him to where he is today and having the career that he has had. We’re looking forward to celebrating him and what he’s done for this club.

“This will be a tough challenge and a good start and great preparation for the Super League campaign."

*Please note: Castleford Tigers Membership does NOT grant entry to this fixture, with all tickets sales going directly to Nathan and not to the club.

Disabled supporters wishing to attend are advised to please contact our Ticket Office on 01977 529 263, or email markgill@castigers.com. 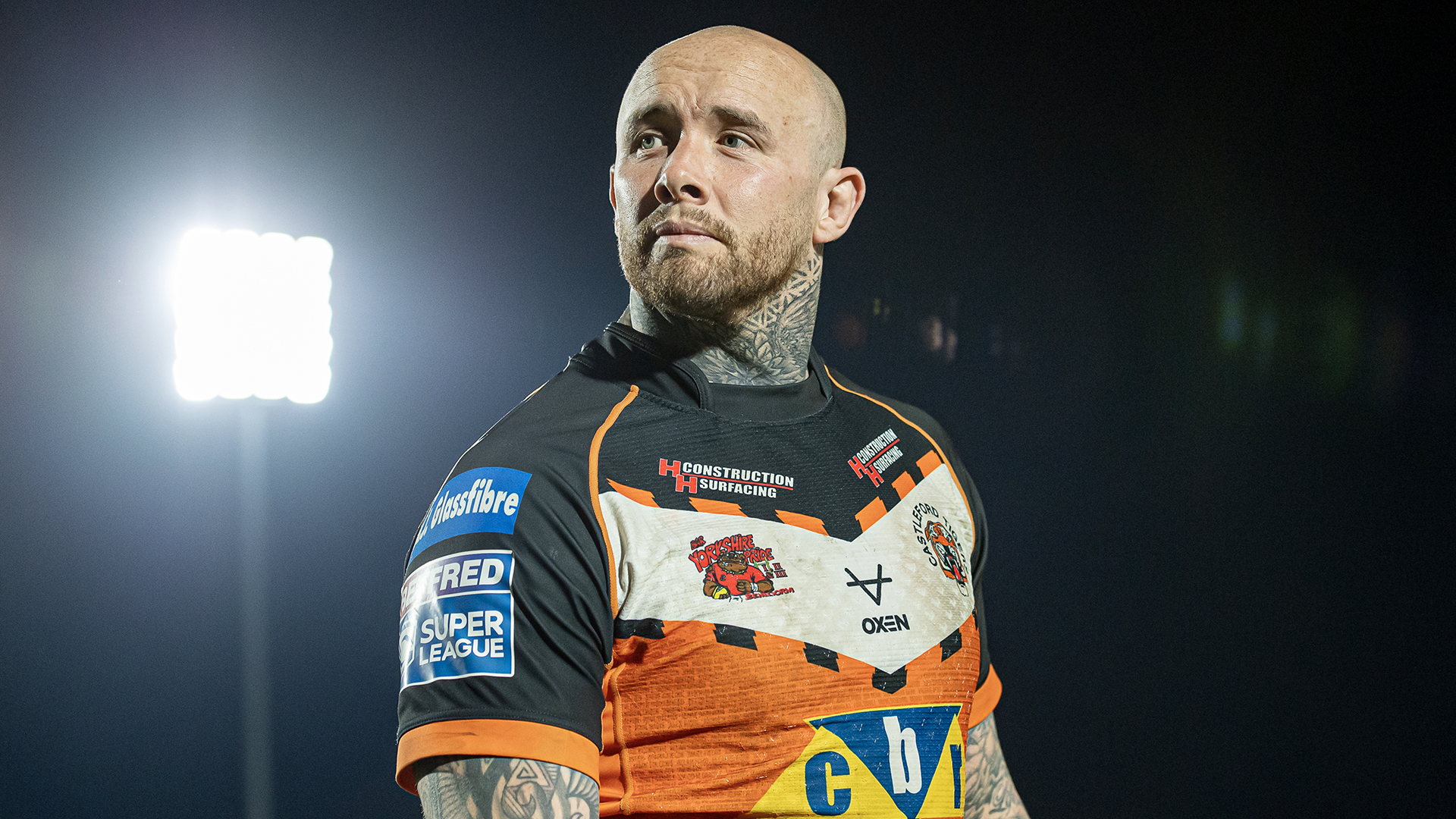