Hill & Nikhata on stepping up

With the 2022 season coming to a close for the Castleford Tigers Academy team, George Hill and Hugo Nikhata are getting set for their first pre-seasons within the First Team training environment ahead of 2023. 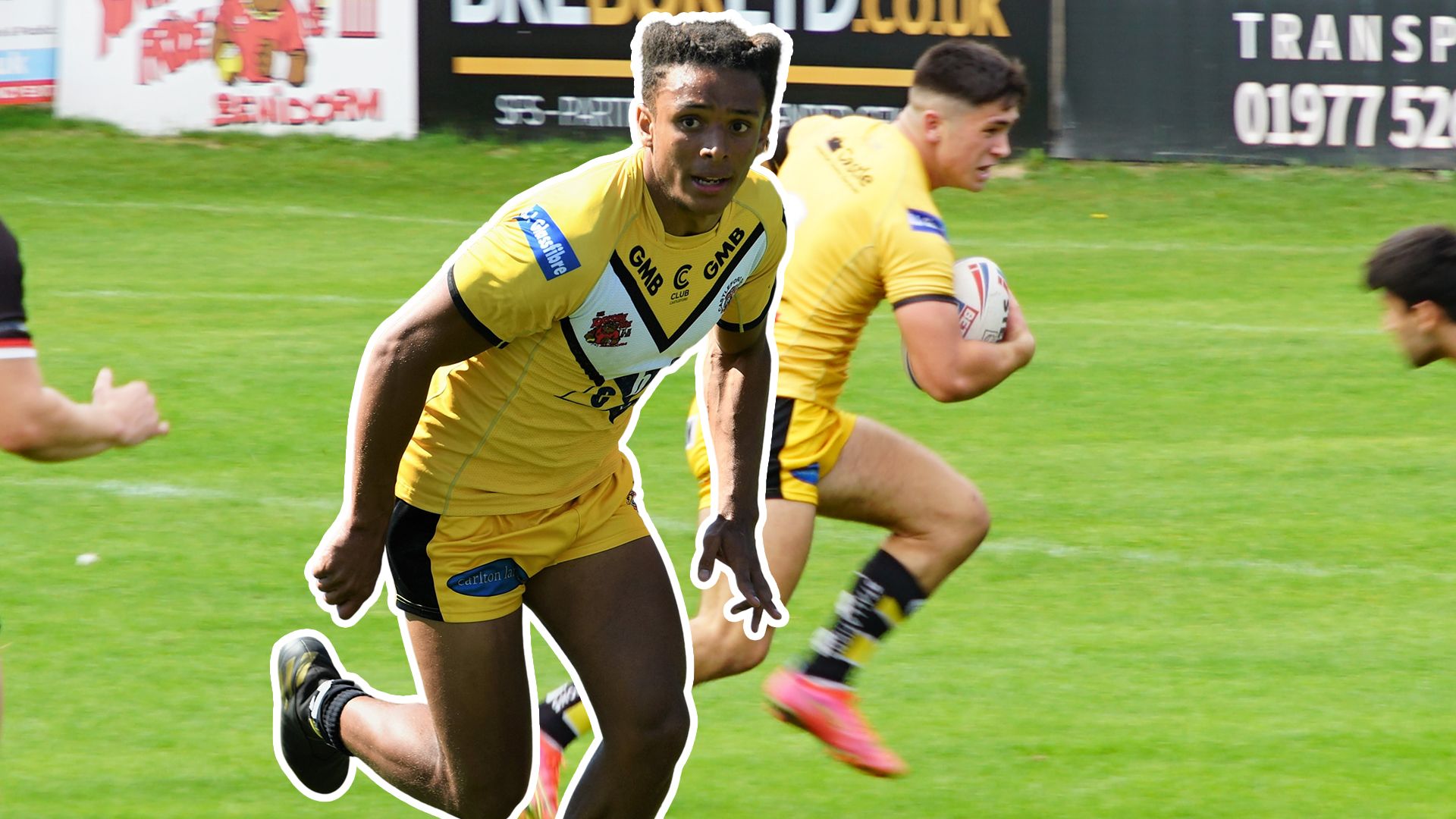 With the 2022 season coming to a close for the Castleford Tigers Academy team, George Hill and Hugo Nikhata are getting set for their first pre-season within the First Team training environment ahead of 2023.

The Fords went down swinging in their final fixture of the 2022 Academy season, in a play-off game against Huddersfield Giants. Their second half in particular was very pleasing to see and all but for a knock on the Tigers almost secured a victory.

Hill & Nikhata were two of the three players the Tigers confirmed would be stepping up into our First Team training environment alongside Academy Players’ Player of the Year Aaron Willis. You can read more on that news, and our Scholars who are becoming Academy players HERE.

George Hill, who joined Cas during the 2022 season was the man who almost sealed the win over Huddersfield in the final minute. The young hooker was fantastic throughout, particularly in defence, but in the final minutes he ran a great line to the posts to win the game, but agonisingly, and perhaps undeservedly for all his efforts, knocked on.

Whilst Hill was a little dejected after coming off the field, he immediately sought a positive in taking it as a lesson in a pressure situation.

“It was a disappointing way to end with a loss, but I think we ended the season by giving it our all, especially in that second half which I think we dominated. There are lessons to learn and to take on going forward,” Hill told castlefordtigers.com.

The former Doncaster Toll Bar player will now get the chance to train in an elite environment with Super League stalwarts to gain knowledge from.

“I’m so excited, it’s going to be a lot more intense and to spend more time in a professional environment should be good.

“I’m looking forward to working with McShane and Robb at hooker, but also Westerman at loose, it’s going to be good to get around experienced players.

“The plan for me now is to stay in shape in the off-season and then I’m straight back into it full time. I joined Cas not that long ago, and since I’ve come in I have really enjoyed it.”

Wingman Hugo Nikhata has enjoyed a strong season and has displayed his skillset with good carries and line breaks, and reflected positively on the 2022 campaign.

“It’s a shame the way the season finished, but I look at it as a progressive season for me with plenty I can take from it, plenty that I’ve learnt,” Nikhata said to castlefordtigers.com.

“I think this year has definitely progressed me and I’m looking forward to ripping in again next year.”

The Under 18s side this season has faced plenty of adversity and kept on fighting as Hugo discusses.

“I think we are a team full of character, I reckon if you look at any team in the league, we beat them on character. Looking at the games, some of the scores haven’t looked great but you watch those games back and you can see we are digging in and out for each other, for the boys.”

Hugo will remain eligible for Academy rugby in 2023, however, he will be taking a leap up into the First Team this coming pre-season and he is overjoyed at the learning opportunities he will be given.

“It is great being in the Academy, but you can learn more and different things from First Teamers because they have something special, and that is where I want to be, in and around them.

“I’m inspired by Greg Eden, so I’m definitely going to try and take a few things from him and make sure I can implement them into my game.”

“What I learn with the First Team environment, I can take them and implement them in the Academy game, and it might give me the advantage to do well next year, which is the aim, and to get some wins as well as some scores down.”