Tigers go down fighting at Headingley

Two late Rhinos tries meant heartbreak for the Tigers on the final day of the season. 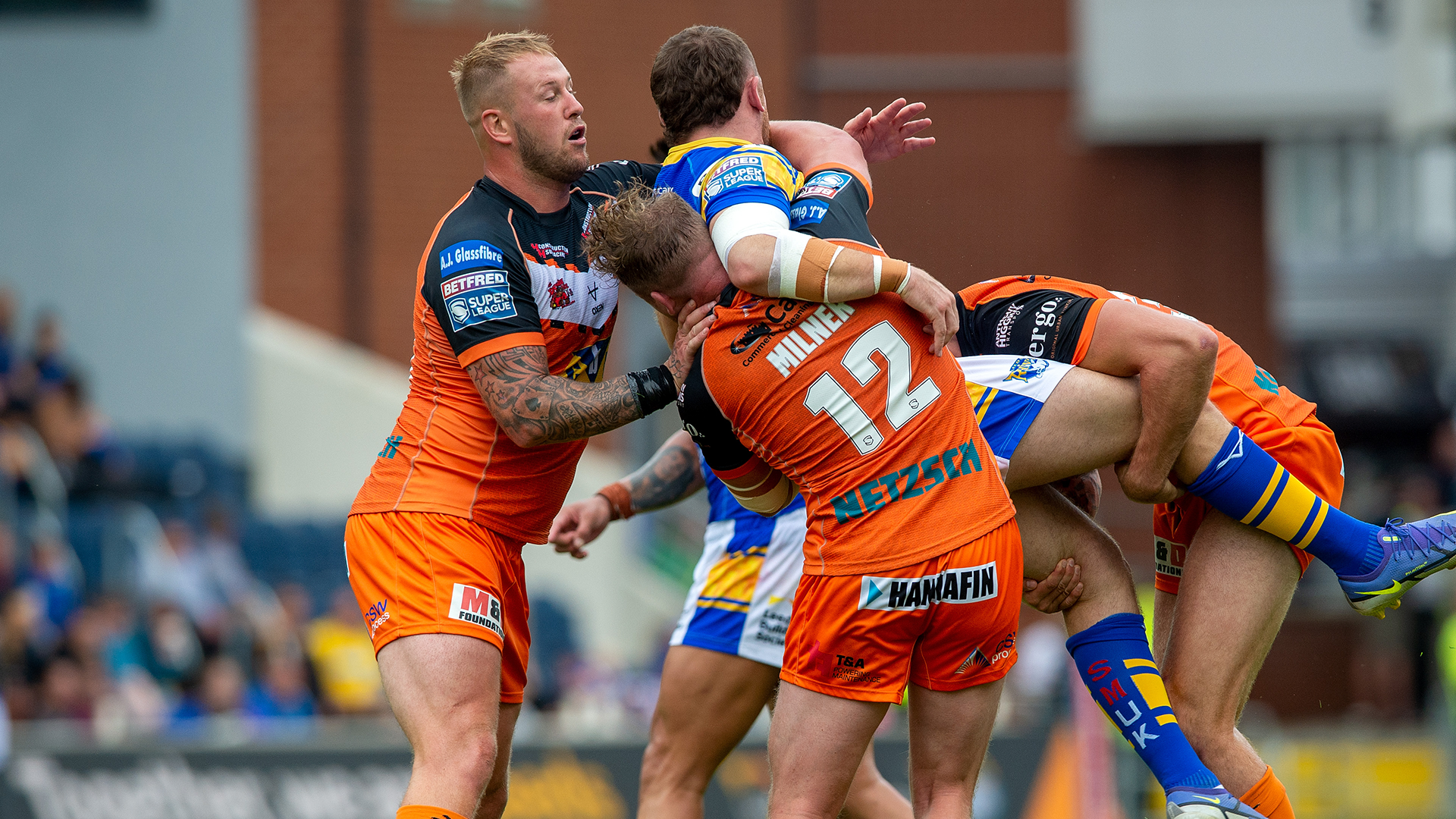 Two late Rhinos tries meant heartbreak for the Tigers on the final day of the season.

The early stages were a nervy affair as Liam Sutcliffe knocked on for the hosts, and in the following play legally stole it off Faraimo. Leeds then knocked on but Cas were pinged for offside. Leeds then swung the ball out Austin’s ball bound for Briscoe went into touch. Another knock on for Cas followed as Matagi tried to take the ball out from 20 metres.

The first real attempt of the game came down the Leeds right as Hanley looked to go in at the corner. Hanley was stopped by fantastic defending from Mamo and Mellor who put the Leeds winger into touch.

Suaia Matagi was sent for ten minutes in the bin for a late hit on Oledzki 14 minutes in. Leeds looked to grab the opener on the last tackle, but Rhyse Martin failed to keep hold and another knock on for the hosts was chalked on. Another knock on followed for the Rhinos. Cas looked to go down the right, and put it through hands until the ball found Handley for Leeds. Leeds then kcocked on just short of 20m.

The knock ons continued from both sides. Milner from the play the ball from Cas and then Handley in a challenge with Mamo.

A Greg Eden kick was deemed played at by Leeds and Cas had a chance inside 20m. Jake Mamo ran across the line but Westerman’s route caused an obstruction.

The first half was a chess match, in which both sides made mistakes aplenty, but neither could take advantage of the misfortunes and they went into the break scoreless. 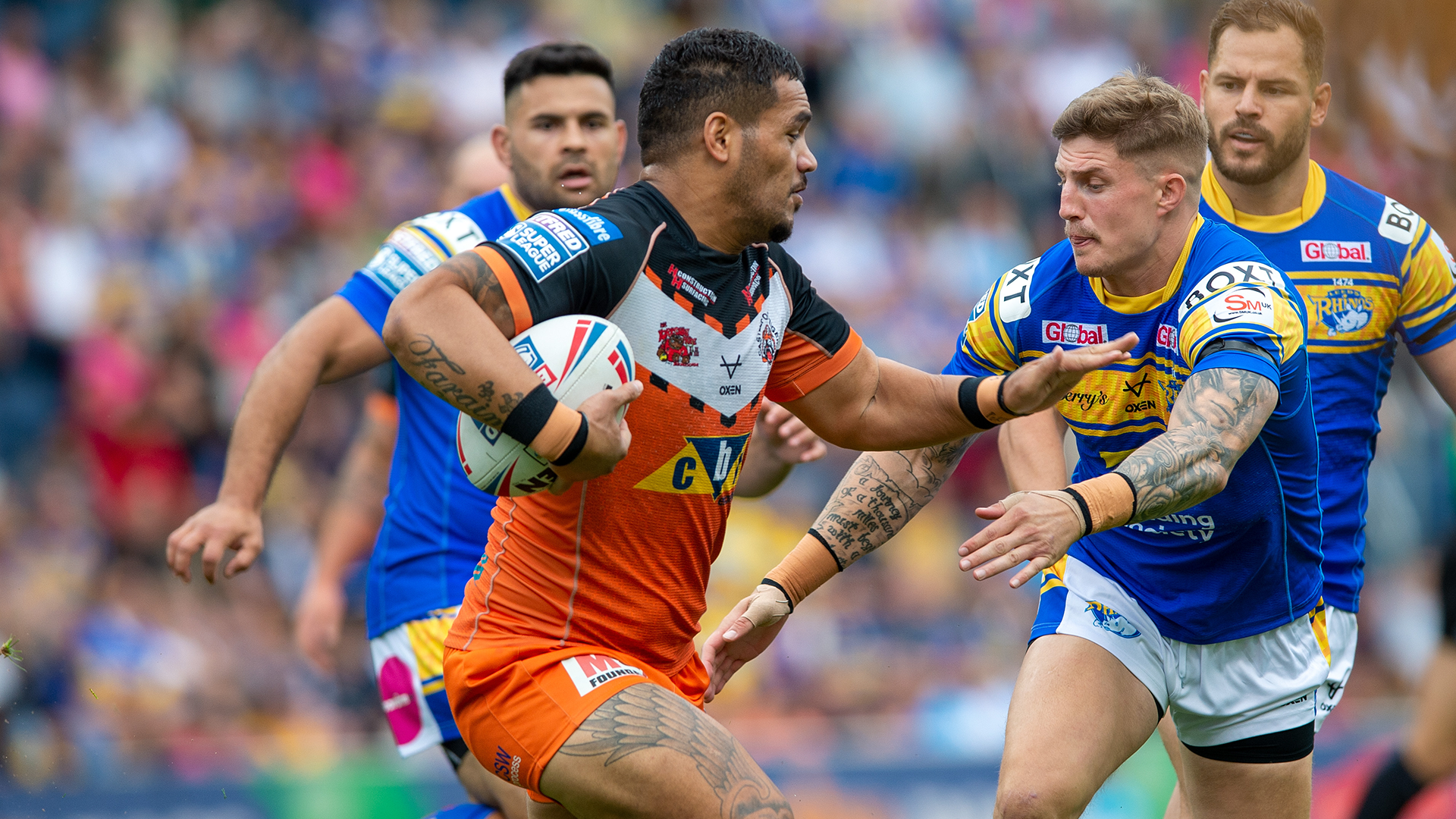 Cas looked to get the first points on the board in the opening to the second half. After a high shot on Faraimo, McShane kicked to the 40m line. A break through from Fonua but his offload found Rhinos hands 5 metres out.

A break from Fonua got Cas into great field position. Leeds were then done for ruck infringement and McShane had the chance to open the scoring. McShane dispatched of the kick with ease from left of the sticks, and Cas took the lead.

Cas then scored their first Try! A break from Joe Westerman, and a cracking offload to Jake Mamo who turned on the pace to score in front of the Fords’ faithful beating Richie Myler! A cracking try from Cas!

Some great defence followed for The Tigers. On the last tackle, Myler broke and then found Sutcliffe for the hosts. The Fords’ said no and kept Leeds at bay once again.

Leeds the master of their own downfall again. They broke through down the left through Hardaker, whose inside ball to Oledzki was good. A FANTASTIC tackle from Bureta Faraimo on the line saw the Leeds man lose the ball on contact.

Fantastic defence Cain Robb and Jake Mamo kept the hosts at bay again, then Cas were done for offside. Leeds opted to get themselves on the board and go for the two and Rhyse Martin dispatched. 2-8 with seven minutes to play.

Leeds drew level. A break from Hardaker left just Mamo to beat. An inside ball found Leeming who had open space in front of him.

With the scores level and 1 minute 48 left, Eden went for the drop goal but to no avail.

Leeds struck. Oldezkit broke, finding Myler on his inside, who then passed to the unmarked Sezer to finish the game on the hooter and win.