Cas defeated in the final home game of the season

A tough day at the office for Cas who fell to a 50-10 defeat at the hands of the Salford Red Devils at Wheldon Road. 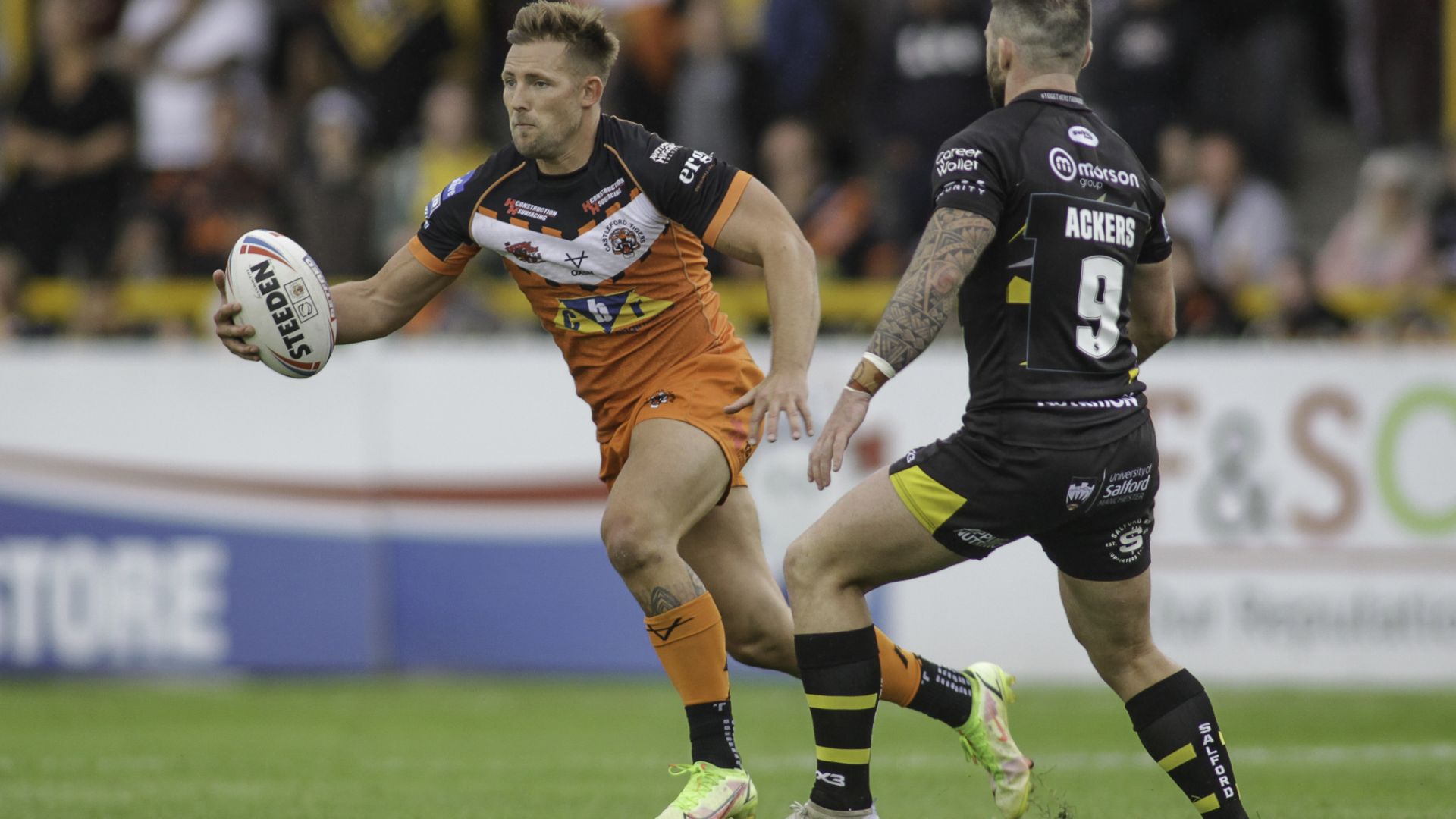 A tough day at the office for Cas who fell to a 50-10 defeat at the hands of the Salford Red Devils at Wheldon Road.

The opening points of the game came in the 6th minute. Castleford were penalised for offside and the visitors opted to go for goal. Sneyd found the target from 40 metres out. Brodie Croft broke through in the 2nd tackle of the set from kick off. He found Sneyd inside who went in under the posts for the first Try of the contest.

It got worse for the Tigers. Salford broke down the right through Watkins, and his pass found Sio who ran in to score.

Ormondroyd was next on the scoresheet for the visitors. A break through the Cas line and a show and go sent Mamo the wrong way and he went in under the posts.

Cas got their opening Try of the game 20 minutes in. A penalty kicked 20 m from the line saw hope for the Tigers. The first play was swung left to right and found Mamo who outpaced the Salford line to get the Fords on the board. 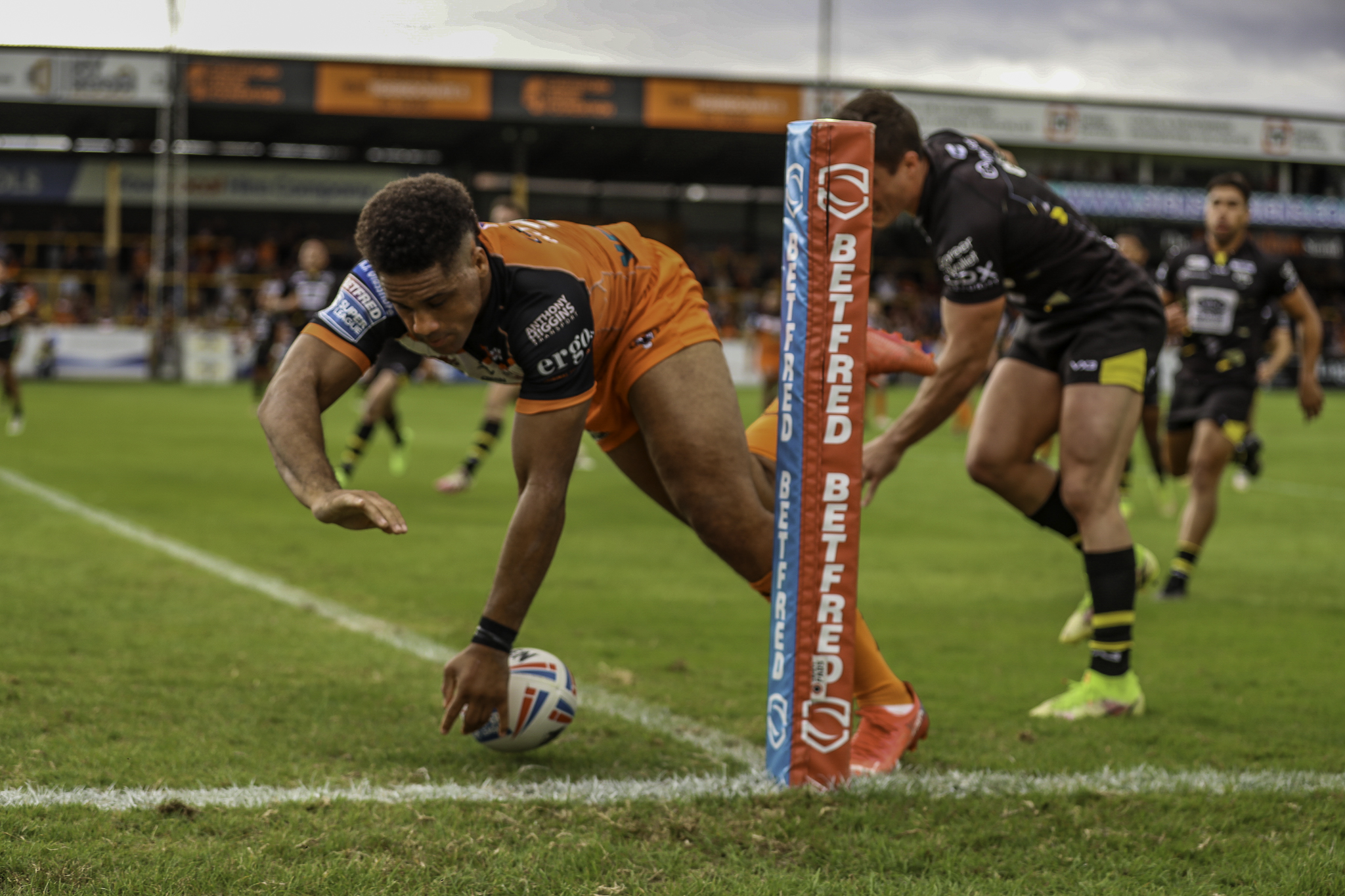 Cas thought they’d scored again on 23 minutes. Bashing on the Salford line with a couple of crash balls under the sticks, but the referee judged Matagi to have dropped the ball just short.

Cas DID score 8 minutes before the half. A knock on from Salford saw a scrum 10 metres out and on the first play, the ball found Olpherts on the wing. After confirmation from the video ref, the Try was awarded and Cas were well and truly back in the game! 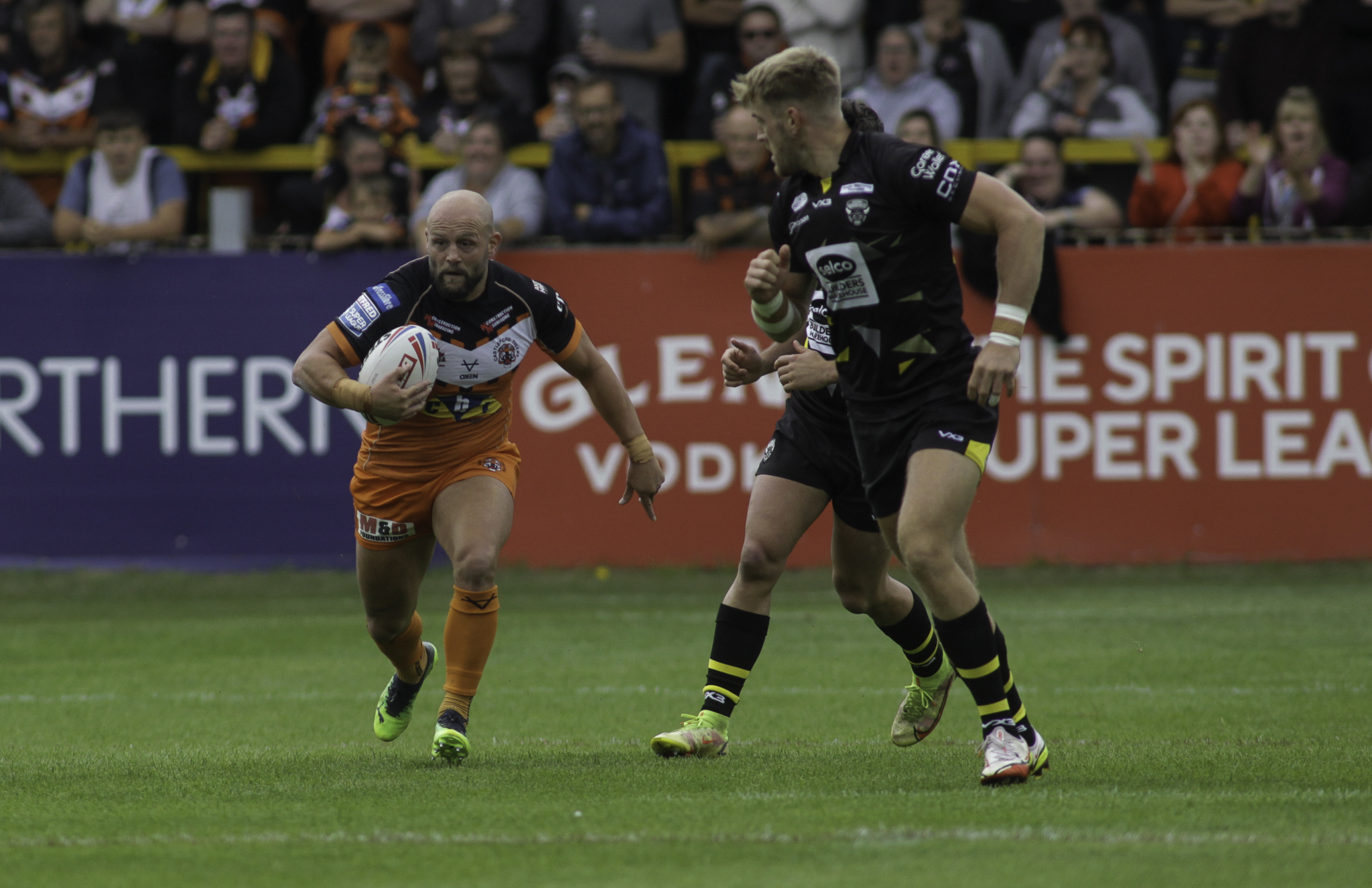 A penalty in the opening stages of the second half saw Sneyd add two more to the visitors score from in front of the sticks.

Salford were in again through Shane Wright shortly after. A move down the left saw Watkins break through again and his pass left Wright staring at the try line with no obstacle. Olpherts was over in the corner for Cas, but the ref said no. A forward pass in the build-up saw the try not given.

A stray pass from Greg Eden was intercepted by Ken Sio who surged down the field. Mamo caught up with him but from the next play, Salford put it through hands and Cross extended the visitors’ lead.

Brodie Croft’s speed saw him score straight from a scrum to further add to Cas’ misery. Salford brought up their half century of points through Marc Sneyd. Atkin broke and he had the Salford number 7 was on his inside to receive the pass and score.