Tremendous Tigers turn it around at Warrington

In a tale of two-halves, the Tigers were victorious in a a hard fought 19-18 victory over the Warrington Wolves at the Halliwell Jones Stadium in dramatic fashion! 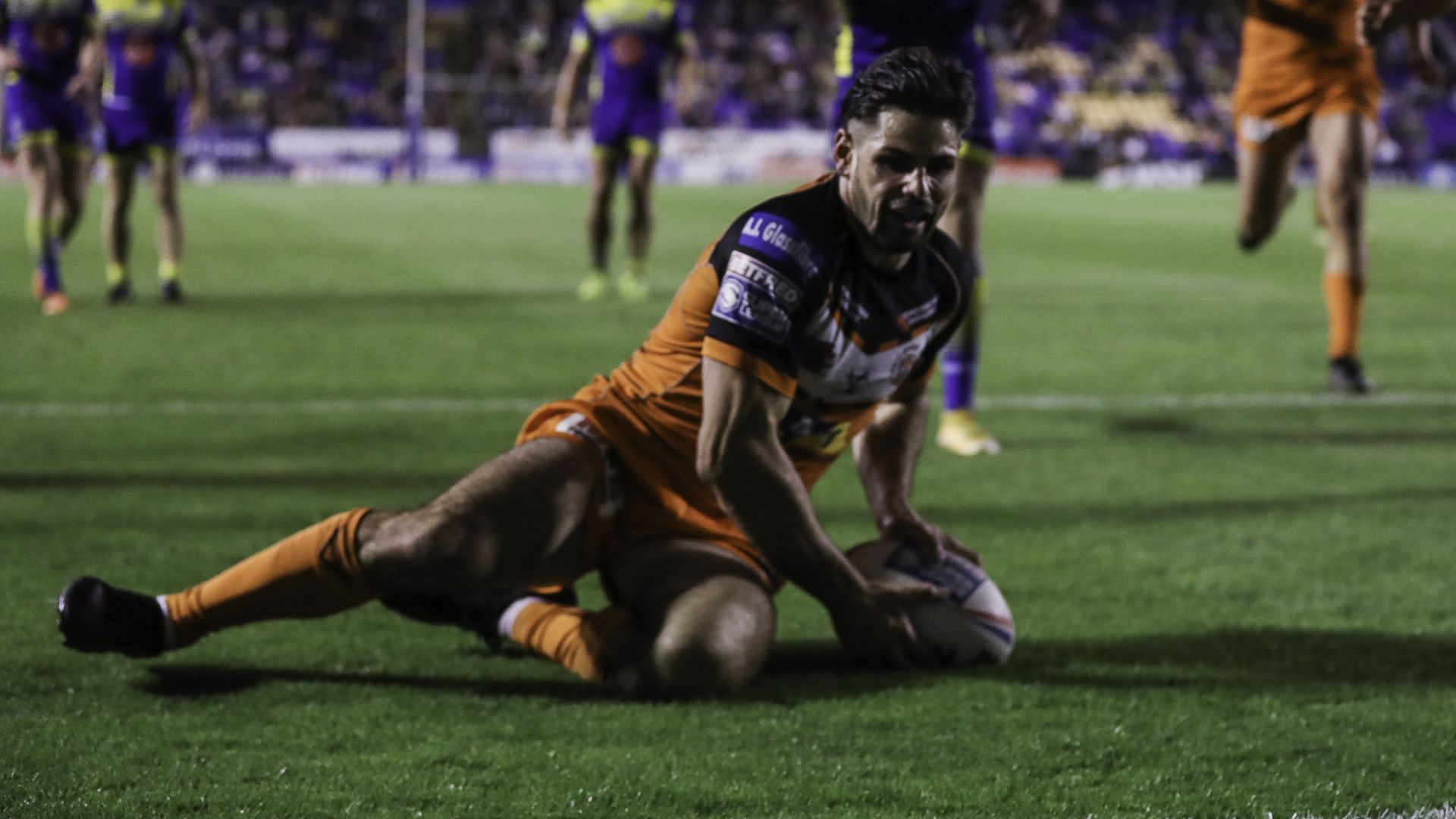 In a tale of two-halves, the Tigers were victorious in a a hard fought 19-18 victory over the Warrington Wolves at the Halliwell Jones Stadium in dramatic fashion!

The home side got the benefit of a penalty for a high shot in the early stages, and then a six again, but Matt Dufty’s kick on the last couldn’t be grounded by Wire. Cas then had a chance down the left but Eden’s pass in the direction of Olpherts found touch.

Warrington then broke the deadlock nine minutes in. A flat ball found Dufty who broke the line 10 metres out and scored to the left of the upright. A first half injury saw Gareth O’Brien replaced by Jake Mamo at Full Back just after the try.

Wire were in again shortly after. Stefan Ratchford punished the Tigers jumping out of the line on 10m and scooted in under the posts.

The Fords looked to get on the offensive when Thewlis was penalised for crossing. The move looked good from Cas, but when the ball found Faraimo on the wing, he was tackled into touch. The following play, Warrington decided to run it on the last tackle, but Harrison’s dropped ball is picked up by Eden, who’s inside ball is dropped by Olpherts.

Castleford came to life when Eden caught a kick through and found a gap. He ran the length of the field but was caught and tackled by Dufty inches from the line. The pass from Olpherts on the resulting tackle was caught by Walker and the move ended.

A lot of handling errors in the first half meant the Tigers went in at the break, 12-0 down. Credit to them defensively though, as they kept Warrington out from close range on a few occasions, something that is becoming a strength in the side of late. 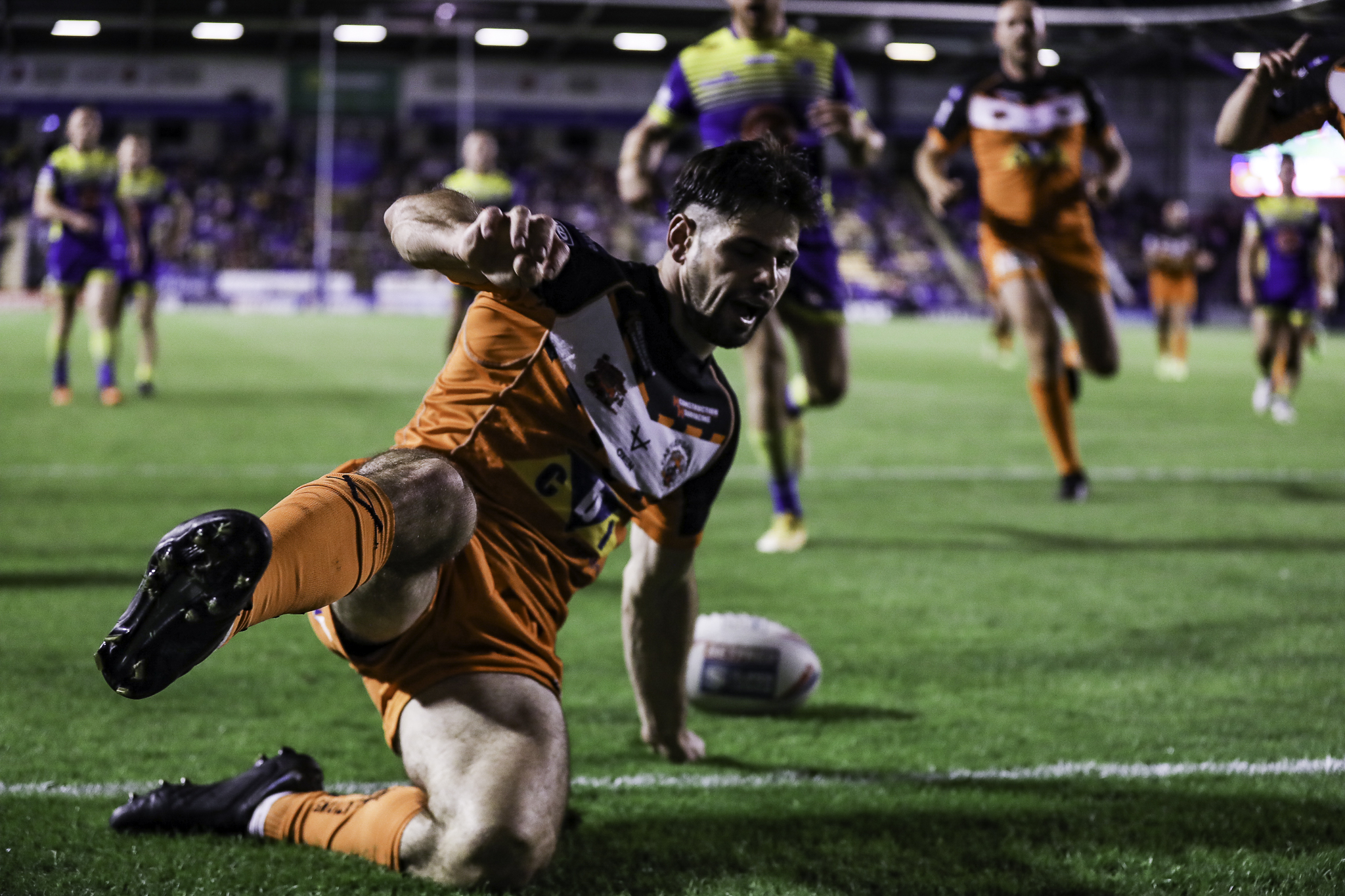 Cas piled on the pressure in the early stages of the second half. A lovely switch of play from McShane, who then found Mamo but Faraimo was short. Wire were adjudged to be offside so Cas had the chance again.

This time, they found their breakthrough. A lovely kick through from Richardson was pounced upon by Jake Mamo for the Fords’ first score of the game.

A totally different Cas side for the second half than the first as they scored their second of the night 55 minutes. A crash ball from Liam Watts got the ball in great position for the Fords, then McShane from the play the ball found Richardson, who’s looping ball out wide found Olpherts who went in at the corner! A tremendous kick from Richardson tied the scores up at 12-12. 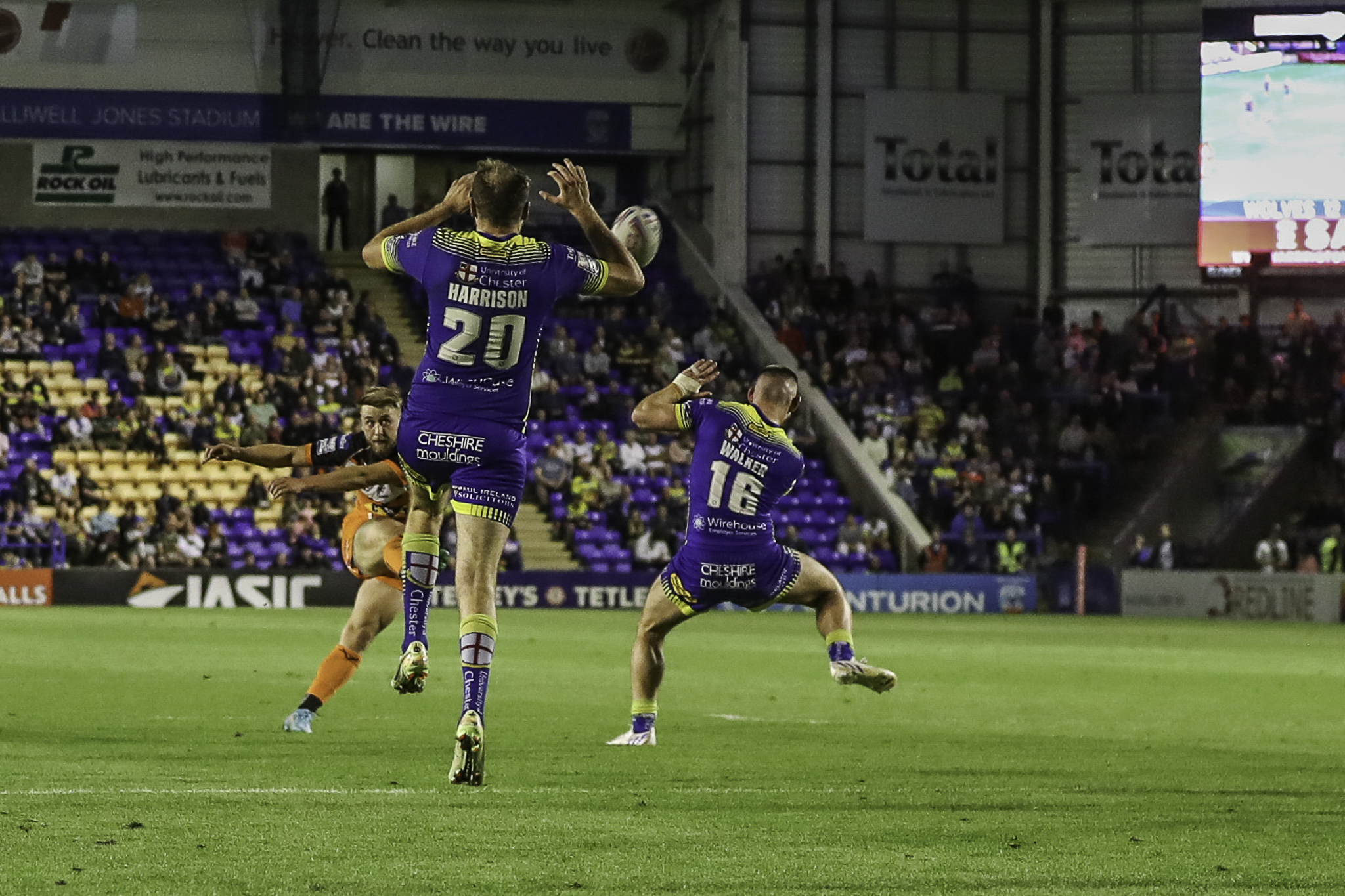 Cas went in front through that man, Danny Richardson. In front of the posts, McShane found Richardson who slotted over for a one-pointer!

In a complete turnaround, The Tigers struck again! This time through Olpherts. A neat and quick play the ball, found the hands of Richardson, who found Mamo on his left. Mamo, who has been magnificent since coming on at Full back, swung the ball to Olpherts who scored his second of the evening!

Former Castleford man Peter Mata’utia scored with six minutes left after kicking forward 5 metres out and grounding his own kick. Ratchford converted and Cas were one point in front with five to play.