Tough night for the Tigers at Giants

The Fords went down 36-10 at the hands of the Giants at the John Smiths stadium. 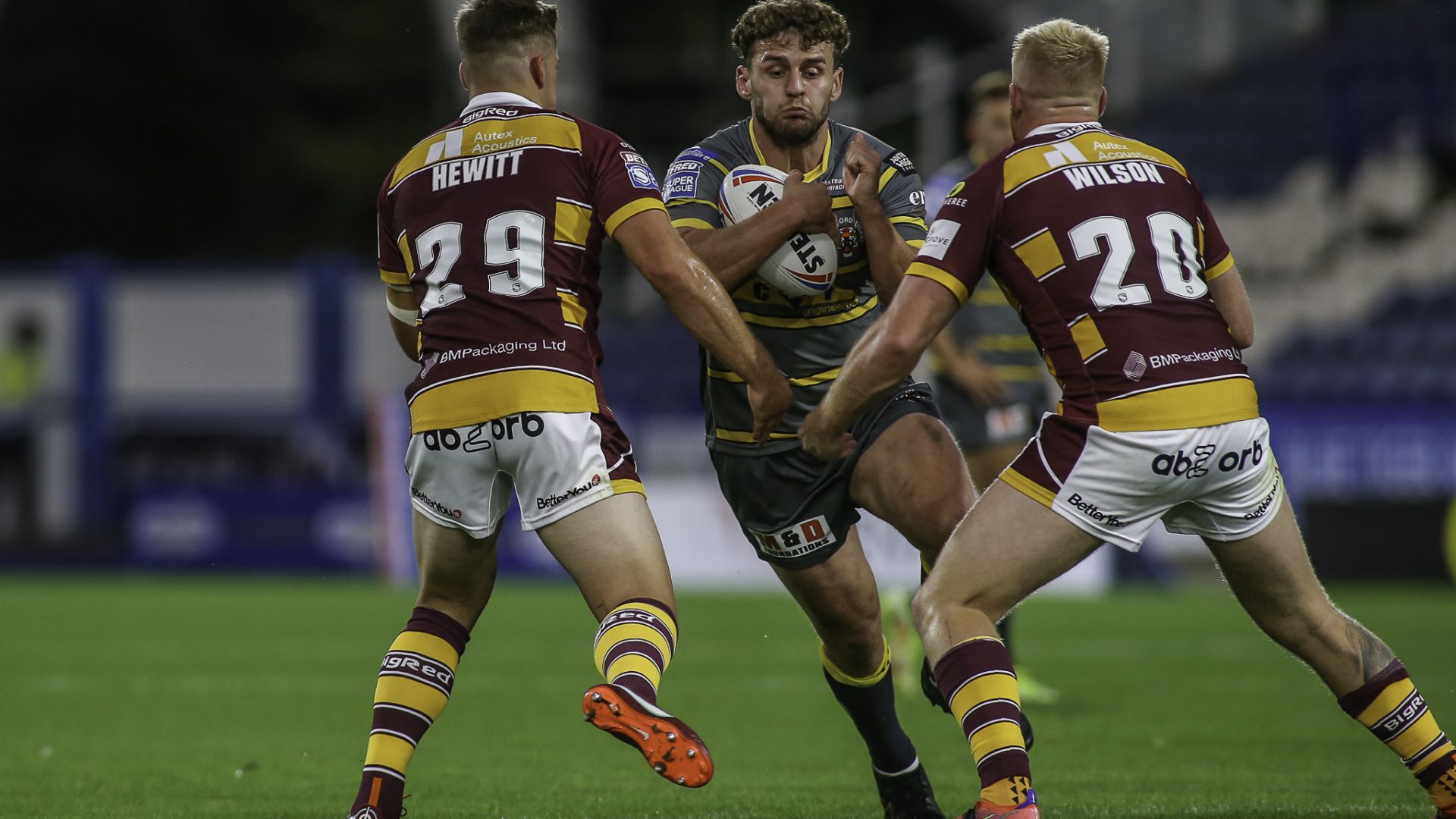 The Fords went down 36-10 at the hands of the Giants at the John Smiths stadium on Thursday night. A game ravaged by handling errors from both sides, but Cas just weren't at the races in the final half of the game.

The first penalty went the way of the Tigers. A high shot on Danny Richardson on the last tackle was kicked into touch 20 metres out. Cas made the early penalty count as Eden looked to want to go wide, only to step inside and fool the Giants defence and open the scoring. Cas showed their defensive solidity that they have done in recent weeks, holding the Giants at bay and marching up the field in the first 15 minutes.

On the 18th minute though, Huddersfield struck. After a seven-tackle set and back-to-back six agains, a kick through from the dancing feet of Theo Fages towards the posts couldn’t be cleared by the chasing Danny Richardson and Oliver Russell grounded for the hosts.

After more defence from Cas, from their own mistakes, the hosts edged further in front. A right to left shift of the ball found Louis Senior who finished in the corner in acrobatic fashion.

The first half was a tale of handling errors and penalties, with Huddersfield having the better of the field position, but Cas held out and limited the hosts to just two scores. The Fords kept getting out of their own line into promising positions, but failed to muster any real threat, other than of course, Greg Eden’s try early in the half. 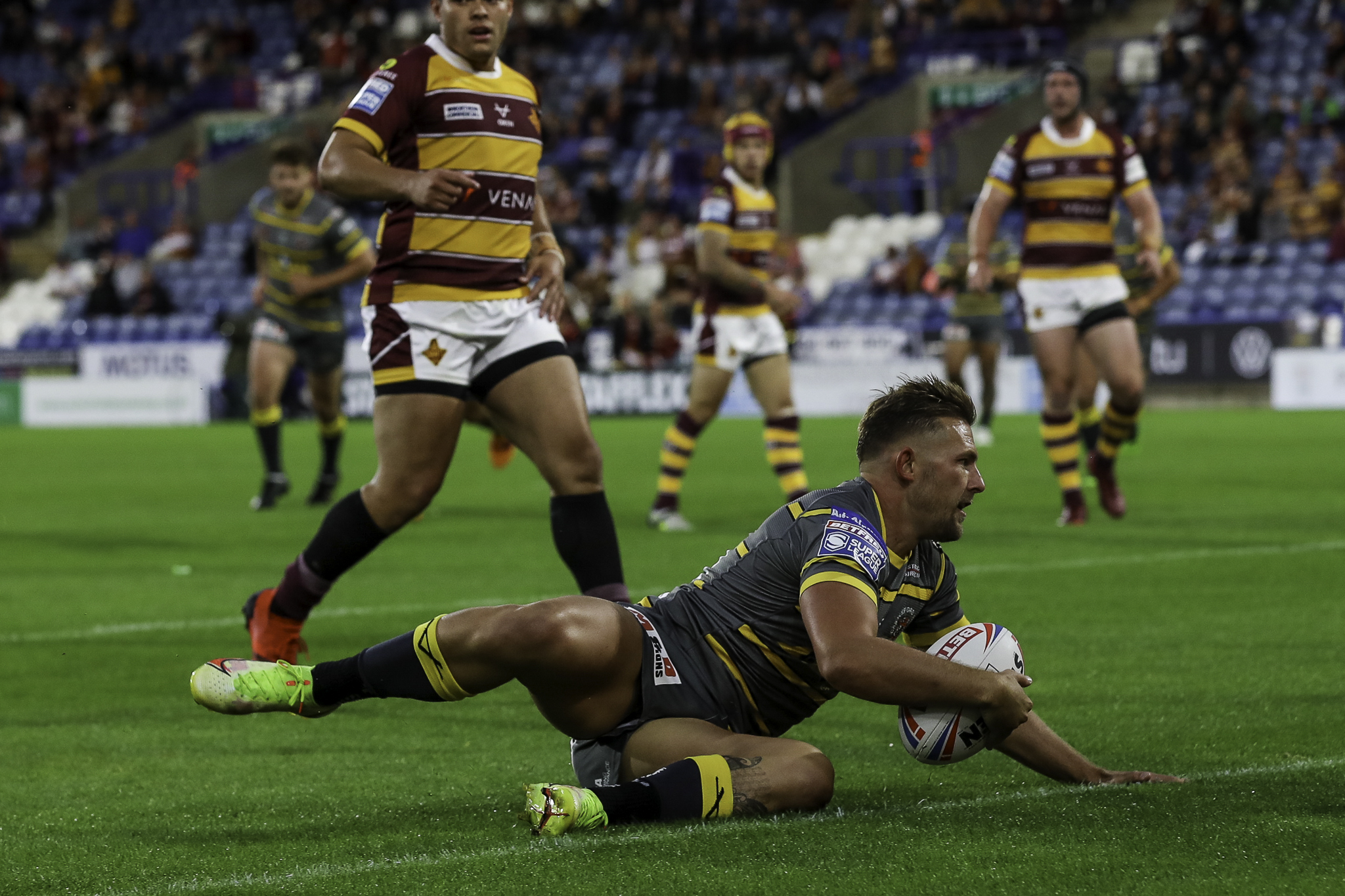 The hosts thought they’d scored the opener in the second half. Lolohea tried a little kick forward on the last, that returned to his hands five yards forward. However, the Giants’ full back walked the final 3 yards to the try line in touch.

Danny Richardson. DR7. We’ve seen some fantastic 40-20 attempts in the past from him, but what a kick tonight! His attempt found touch 10m out. The following play, the ball found the hands of Alex Mellor who scooted in to score a fantastic try for the Fords. Richardson’s boot added the extras to level the scores on 48 minutes. 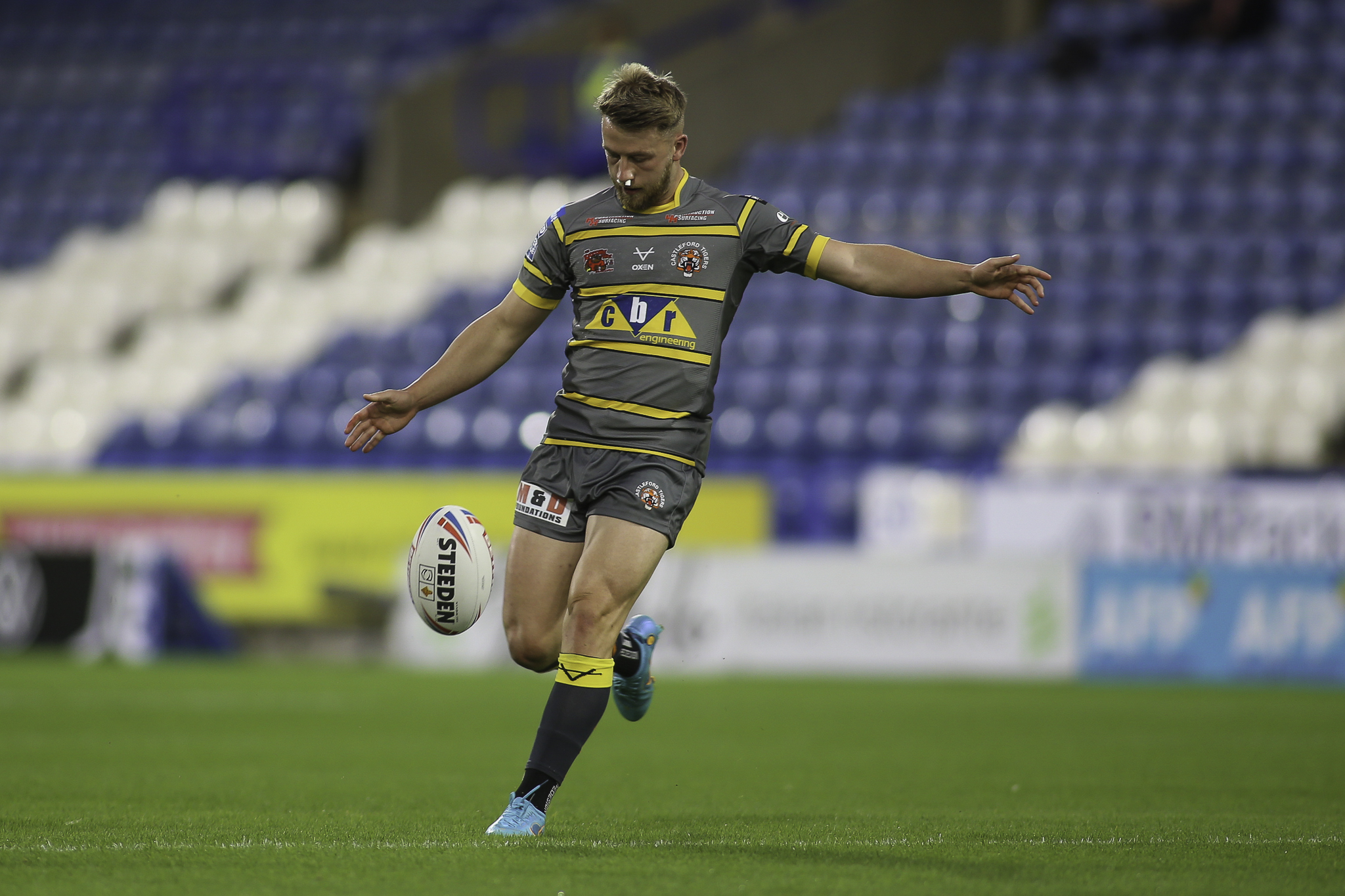 Huddersfield took the lead again just two minutes later. A high kick from Fages was spilled by Eden on the Cas line. The ball popped up to the awaiting Leroy Cudjoe who was gifted the score. The hosts added another shortly after. A flat pass from Fages was met by Toby King who created a three-on-one. King played the ball inside to Lolohea who grounded under the sticks.

The hosts went over again with 18 minutes to play. An Oliver Russell kick was pounced on by Ricky Leutele at the end of the in-goal area to score. Off the resulting return kick, that Cas tried to play short, Senior caught the ball and raced away to add another in quick succession.

The ball kicked on the last from Fages found Jake Mamo who tried to go around the outside, however, that didn’t go to plan as he was dragged into touch. The second tackle of the play saw McQueen hit a crash ball at pace and score from close range.