Castleford Tigers are thrilled to announce that half-back Danny Richardson has signed a two-year contract extension with the option for the club to extend that into a third year at The Mend-A-Hose Jungle. 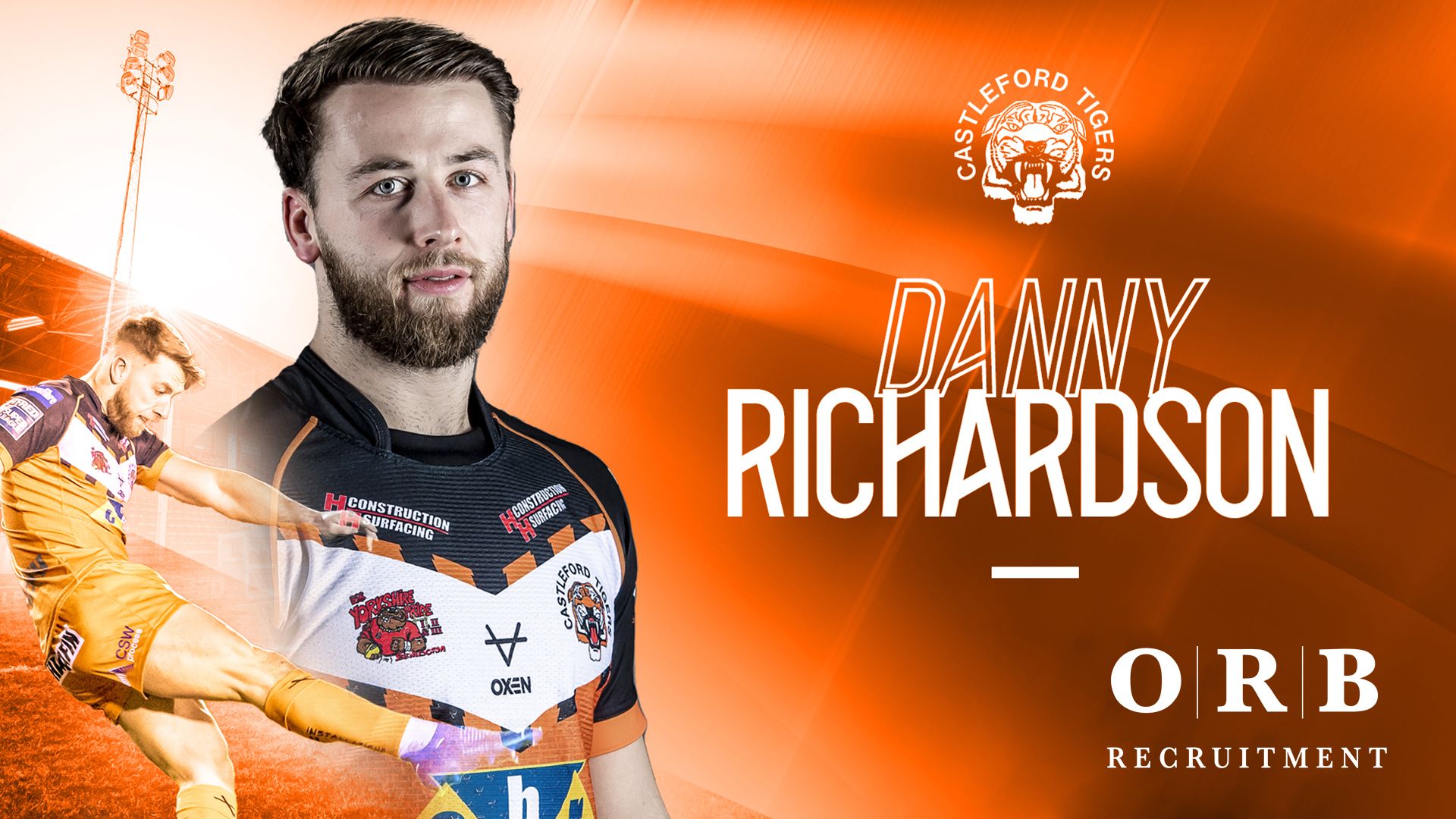 Castleford Tigers are thrilled to announce that half-back Danny Richardson has signed a two-year contract extension with the option for the club to extend that into a third year at The Mend-A-Hose Jungle.

All the Tigers’ recruitment news across the club is proudly brought to you and sponsored by our official recruitment partner ORB Recruitment.

Richardson has played 43 times for the Fords across all competitions, scoring five tries and slotting 134 kicks to date. A vital cog in the Tigers, Danny directs play from the middle of the park and has shown great consistency throughout his time at Wheldon Road.

A neck injury picked up in Round One initially stopped Richardson’s season but since returning to Super League action in June he has flourished. Arguably Danny’s best game this season came at Wheldon Road whereby Richardson scored a try, kicked five goals and one drop goal in a 35-22 victory over Warrington Wolves. Danny also stole the show earlier in the campaign in Cas’ 17-16 victory over Catalans Dragons slotting over a drop goal in Golden Point Extra Time to seal the two points.

Danny, who is proudly sponsored by Lisa & Andrew York spoke to castlefordtigers.com and said: “I’m made up, and everyone here knows my stance. I really enjoy it here. I love being around the boys and playing for Radders.”

“To get a new contract and secure my next two years at least, I’m over the moon and everything has just fallen into place.

“When I first came to Cas, I felt at home straight away, and I didn’t want to go anywhere else so to get it over the line now, I’m made up.” 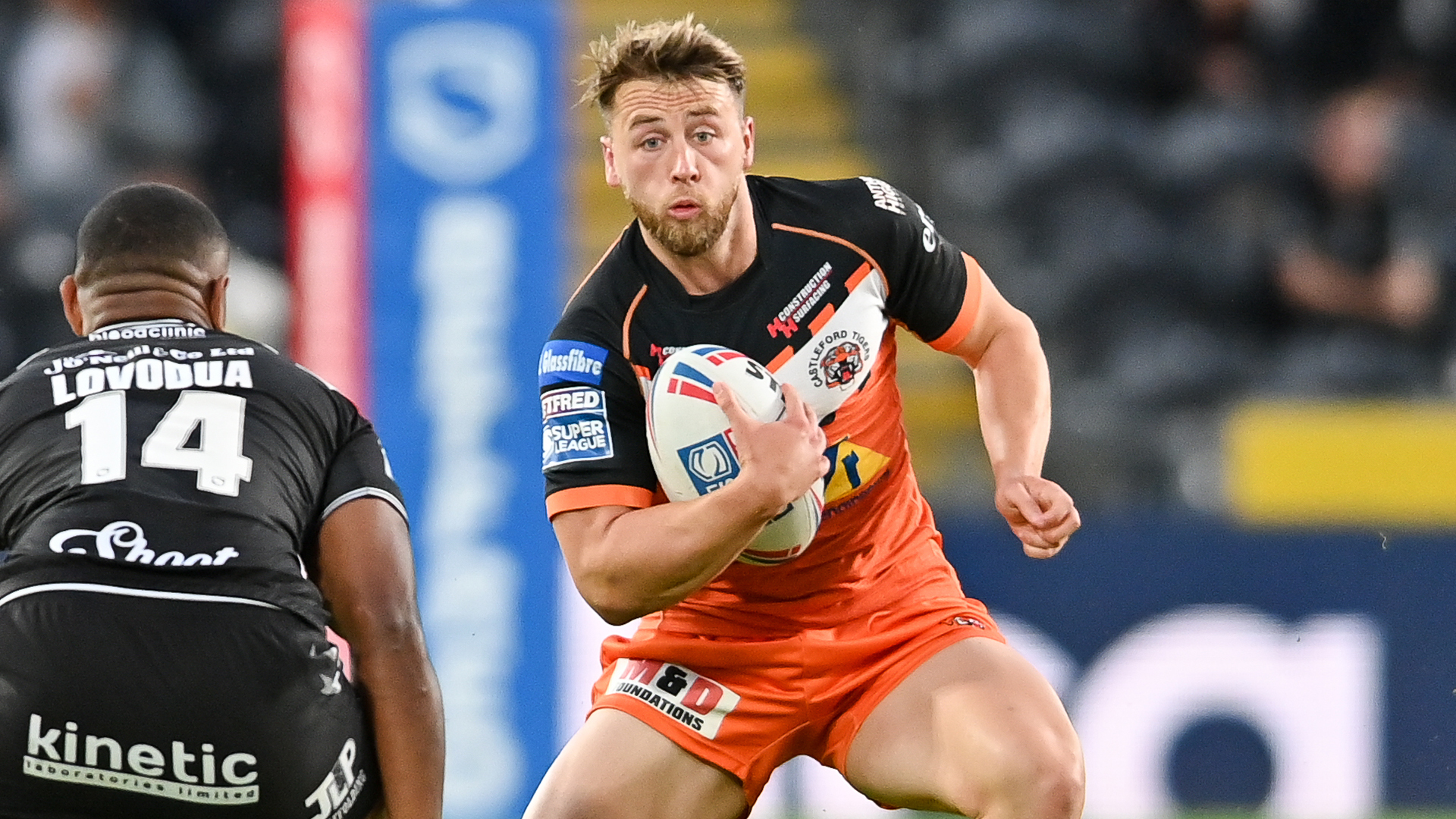 DR7 joined Castleford in 2020, making his debut against Toronto Wolfpack in February of that year. He publicly declared his happiness to be a Tiger and has thoroughly enjoyed working under Head Coach Lee Radford since the start of pre-season. Now back playing after his neck fracture, the half-back is going from strength to strength.

“I had a good pre-season under Radders. Having that four months out with my neck injury, looking from afar, watching the boys, you miss it. Having that period of time out, it got the hunger back, and the excitement back. That first game vs Toulouse I was just buzzing to be on the pitch, defending and attacking and I feel like I have carried that on every game since.”

Richardson praised the Fords faithful and cited their support as one of the factors in his desire to extend his stay at The Mend-A-Hose Jungle.

“To feel wanted by the fans, and the club, especially with me injuring my neck this year, I buzz off it. They make you feel confident, and you play better because you’re confident.

In a message to the fans directly Danny said: “I love coming out at Wheldon Road and playing in front of you, and I’m lucky enough to do that for at least two more years. I want you to know that I’ll give 100% every game and every time I step out onto the field, and I can’t wait to play in front of you again soon.” 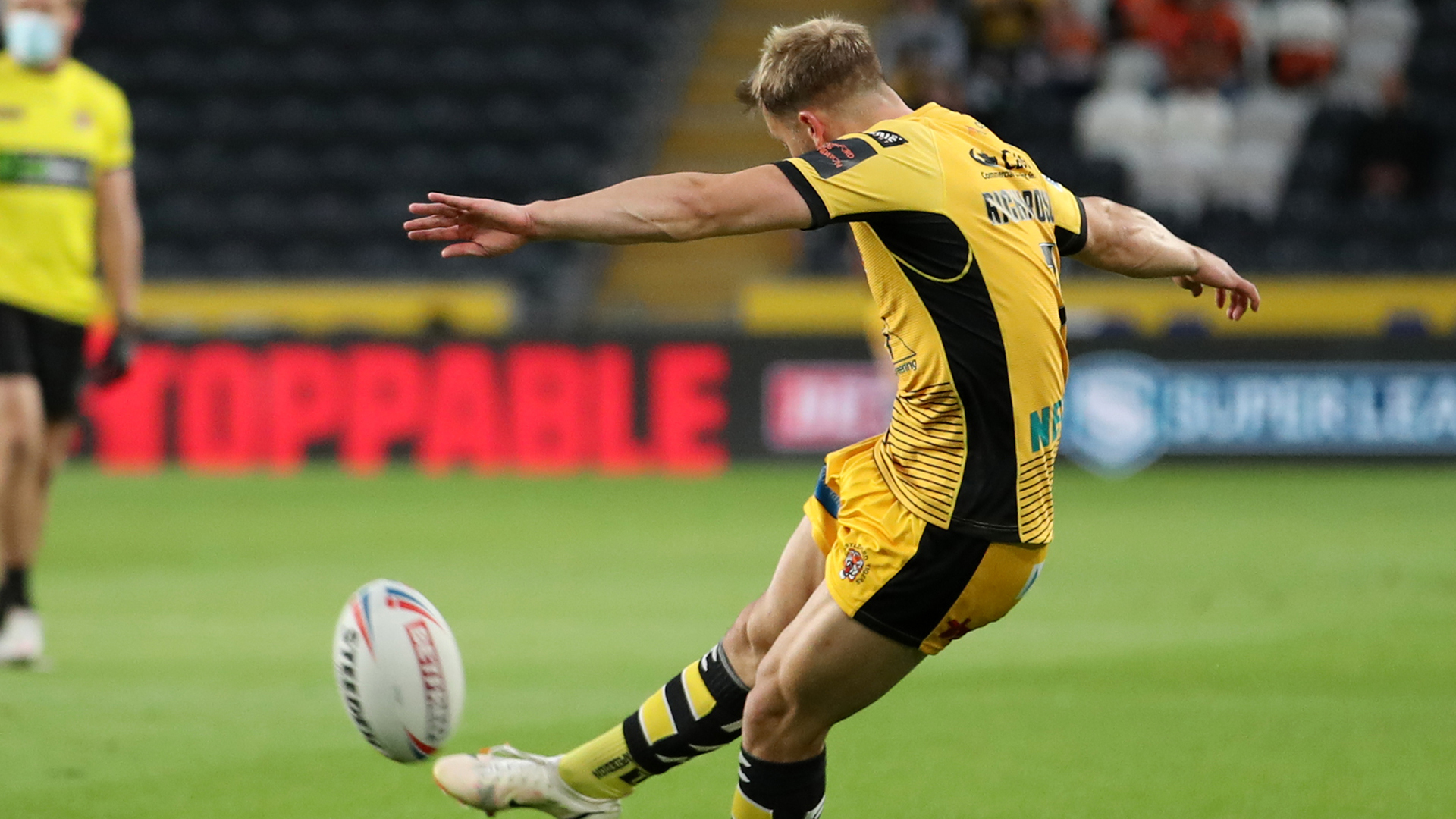 Lee Radford is pleased to have a key man tied down at Wheldon Road for at least two more years and had this to say on the extension and his form since returning from injury.

“Danny’s a great kid, I’ve really enjoyed working with him and have only good things to say about him.

“When he came back in his first games after a serious neck injury, he was really top drawer, and we’re still a work in progress with him in what we want from him. He turns up to training with a really good energy about him every day with the right temperament. For that reason, you always give yourself a chance of bettering yourself and that is what Danny does.