Defeat at Saints for the Tigers 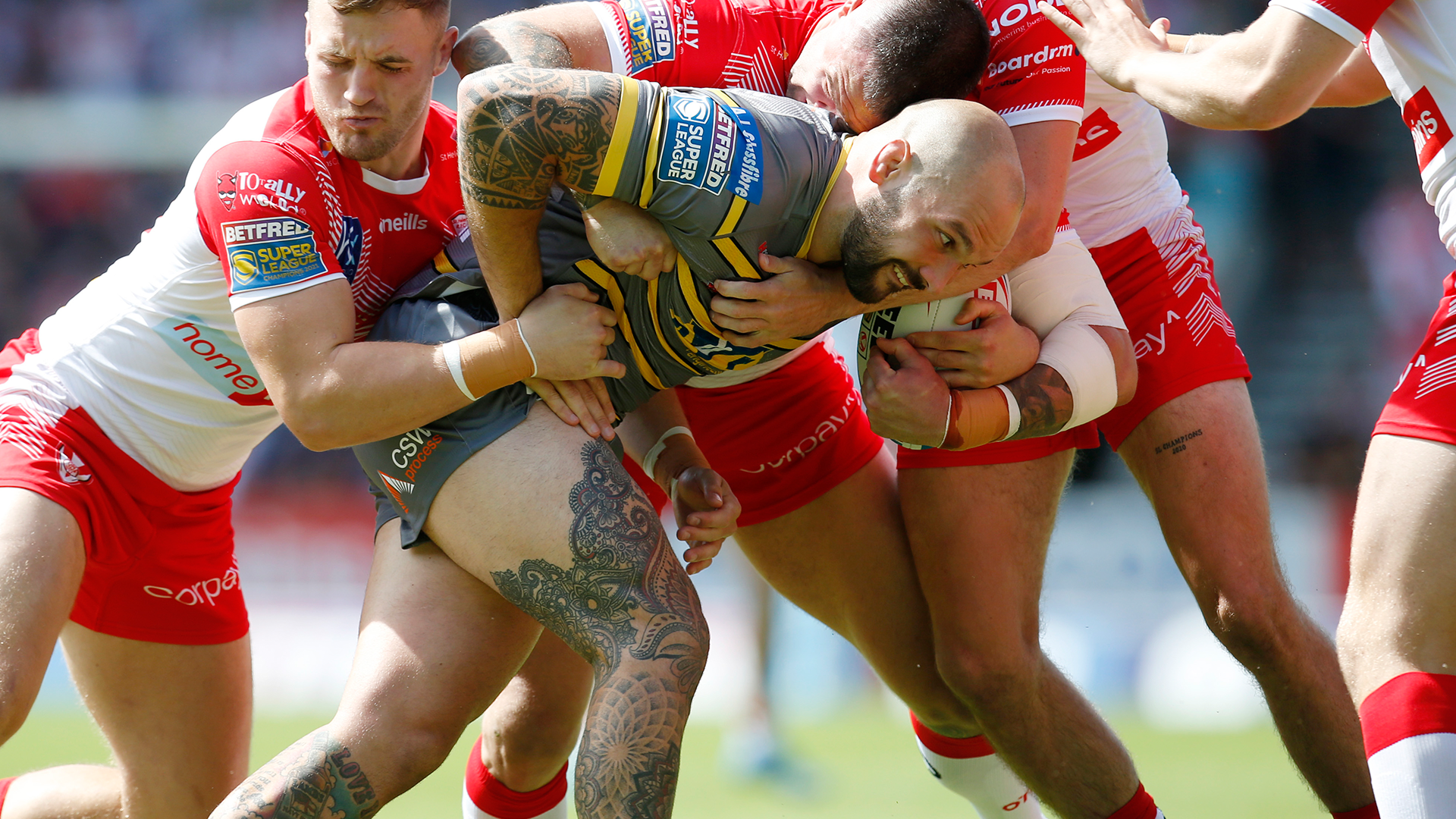 A Bureta Faraimo second-half hat-trick saw the Tigers battle back against St Helens but it wasn't enough as Lee Radford's men suffered a 20-12 loss at the Totally Wicked Stadium on Sunday.

Radford made six changes for the trip to Merseyside to face a St Helens side who had suffered a 44-12 defeat at the hands of Salford last time out. Cas, who were also looking to get back to winning ways, saw a welcome Super League debut for Sosaia Feki after a frustrating two years with injury issues.

After some good defensive work for Cas, the referee penalised Faraimo for an incorrect play of the ball 20m off their own line early on. Saints took full advantage and Sironen scored the opening try of the game.

The only foot wrong in the opening 10 minutes was the penalty, as the Fords' defense stood their ground and dug deep. A break into the Saints half for the first time saw the ball into touch, however off the hand of a Red Vee player.

Cas on the attack kicked into the corner and looked very threatening. Eden looked the quickest to move it in the corner, but the cruel mistress that is the bounce of a rugby ball, saw Hill keep the Fords’ attack at bay.

The Tigers' defence continued to impress. Saints booted a 20/40 to which they couldn’t muster anything threatening, and any glimpse was nullified by Cas, followed by a set restart for the hosts, that saw Lomax drop the ball inside 10 metres of the line. Saints did manage to find a way through via Morgan Knowles, who crashed over from close range on the 16-minute mark.

Liam Watts saw yellow midway through the first half for what was judged as a challenge off the ball on Jonny Lomax. Makinson from in front of the posts failed to add the extras though.

The traveling faithful’s calls of “We want Feki” were answered 13 minutes from the end of the half, as he replaced Chesye Blair who left the field for a head injury assessment.

A high kick from Danny Richardson was too much for Jon Bennison, who failed to control it, and the ricochet bounced the way of Sutcliffe, who was then tackled high and Cas got on the attack. Some nice play from left to right saw Feki held up just short of the Saints line, and Faraimo’s scoot failed to evade the defensive line.

The Tigers were their own worst enemy in the first half, Saints only scoring off the back of errors. That being said, defensively, Cas were strong in the opening 40, who headed into the sheds at half-time, still in the game.

Back-to-back penalties against Cas in the opening three minutes saw the hosts extend their lead by just two with a penalty from the right boot of Makinson.

A high kick from Richardson was caught by Bennison, but a hit from Watts dislodged the ball and Saints knocked on. The ball then was swung wide from the resulting scrum and Sironen hit Faraimo with a swinging arm, for which he gets 10 minutes in the Sin Bin. Cas look to take advantage but Mellor knocked on when playing the ball on the Saints line.

The referee penalised the visitors again, this time for offside, and Saints made them pay again. A cheeky kick on the third finished off by Joe Batchelor saw the try awarded on the Video Referee’s approval.

Another good defensive spell for Cas followed, who held St Helens inside their own 20 metres. Once again though, the Tigers are the masters of their own downfall as an incorrect play the ball from Fonua gifted the ball back to the hosts. This time, Saints failed to make it count.

Richardson gave the Tigers fantastic field position with a 40/20 attempt finding touch inches from the line. Finally, Castleford had their first points on the board. The ball found Faraimo on the right wing and he shoves over to score. A very windy Totally Wicked Stadium meant Richardson’s conversion attempt was a tough ask and he put it wide.

Sosaia Feki kicked a grubber down the right which found the hands of Ben Davies. Feki chased his kick, along with Faraimo, and put Davies into touch. Cas made their chance count once again, as quick hands saw Feki set up Feraimo for his second of the afternoon.

Another 40/20 attempt from Richardson failed to find touch, instead the Saints full-back Bennison, who knocked on 20 metres out. A cracking face ball to the right wing again found Faraimo who went over to seal his hat trick.

A valiant effort from Castleford today, who were tough in defence and fought very well despite coming up short in Merseyside.