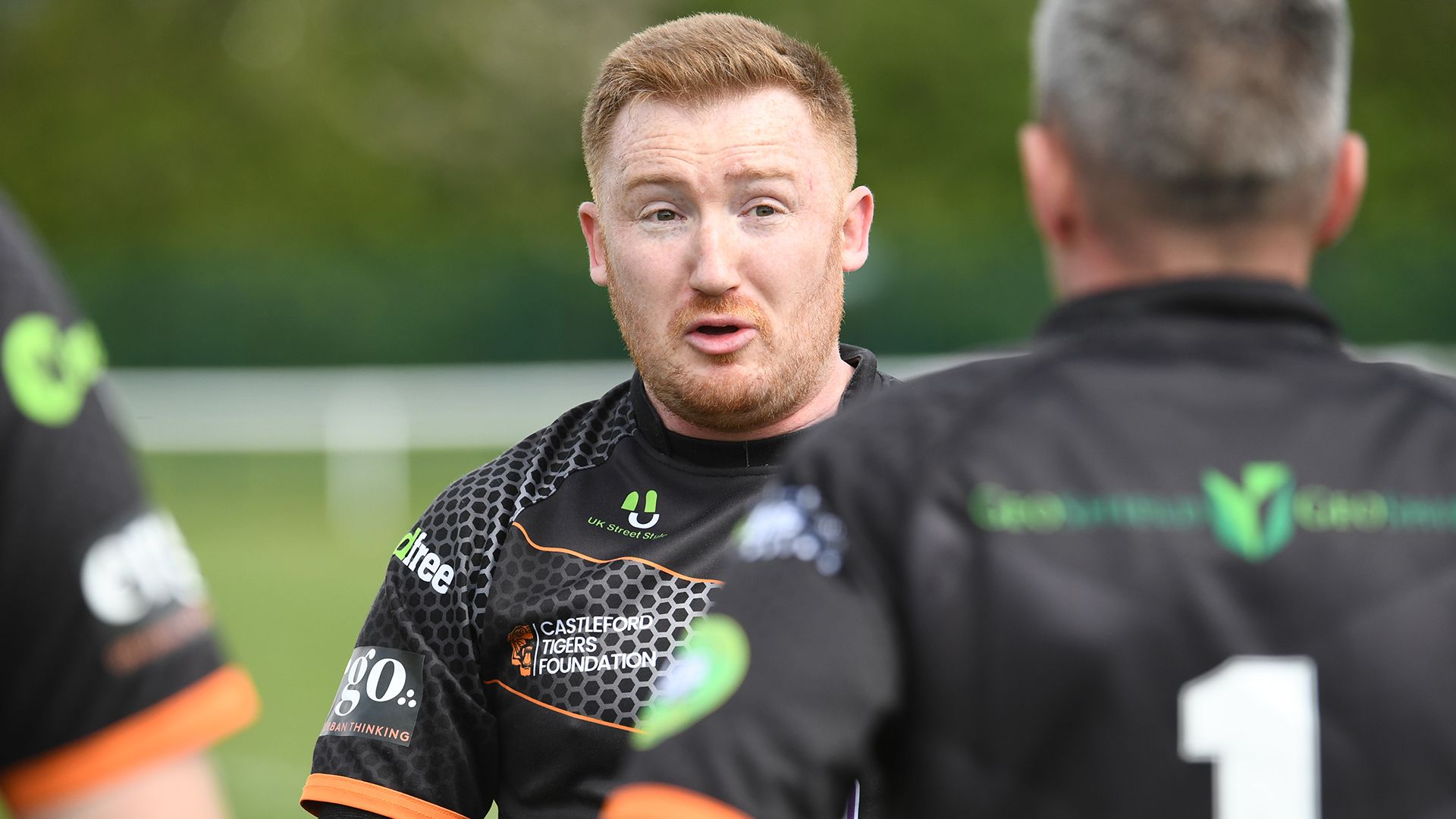 The fixture takes place at Warrington’s Victoria Park and gets underway at 5.15pm, it will be available to stream too through the Our League platform.

Mark Gummerson has been named in the England Community Lions squad, whilst Connor Lynes, Nick Kennedy, Richard Fisher, Michael Parker, Ryan Lazenby and George Wilshaw will be a part of the PDRL Selection squad. The Tigers would like to wish all seven of our Tigers the best of luck in the game!

In October the first ever PDRL World Cup will take place in Warrington as part of the most inclusive Rugby League World Cup ever, with England up against Wales, New Zealand, and Australia for the international prize.

Briscoe speaking ahead of the fixture said: “Myself, the coaching team and the players are really looking forward to another opportunity to progress the sport.

“Covid has been tough on us all and continued to impact the sport throughout last season, but looking at it positively this has given us an extra year to widen the talent pool, have extra time with players and lay more foundations from a representative PDRL point of view.

“This weekend will be one of the final chances for players to shine before the squad is announced and lots of players are in contention for a spot in the 20-player England Community Lions PDRL squad, it is making my job difficult, but these are great problems to have. Sunday should be high skill, high impact and hotly contested and shine a light on PDRL as a standalone RL variant.”