Griffin extends with Tigers until 2025

Castleford Tigers are thrilled to confirm that reliable forward George Griffin has put pen to paper on a three-year contract extension, keeping him with the Fords until the end of the 2025 season. 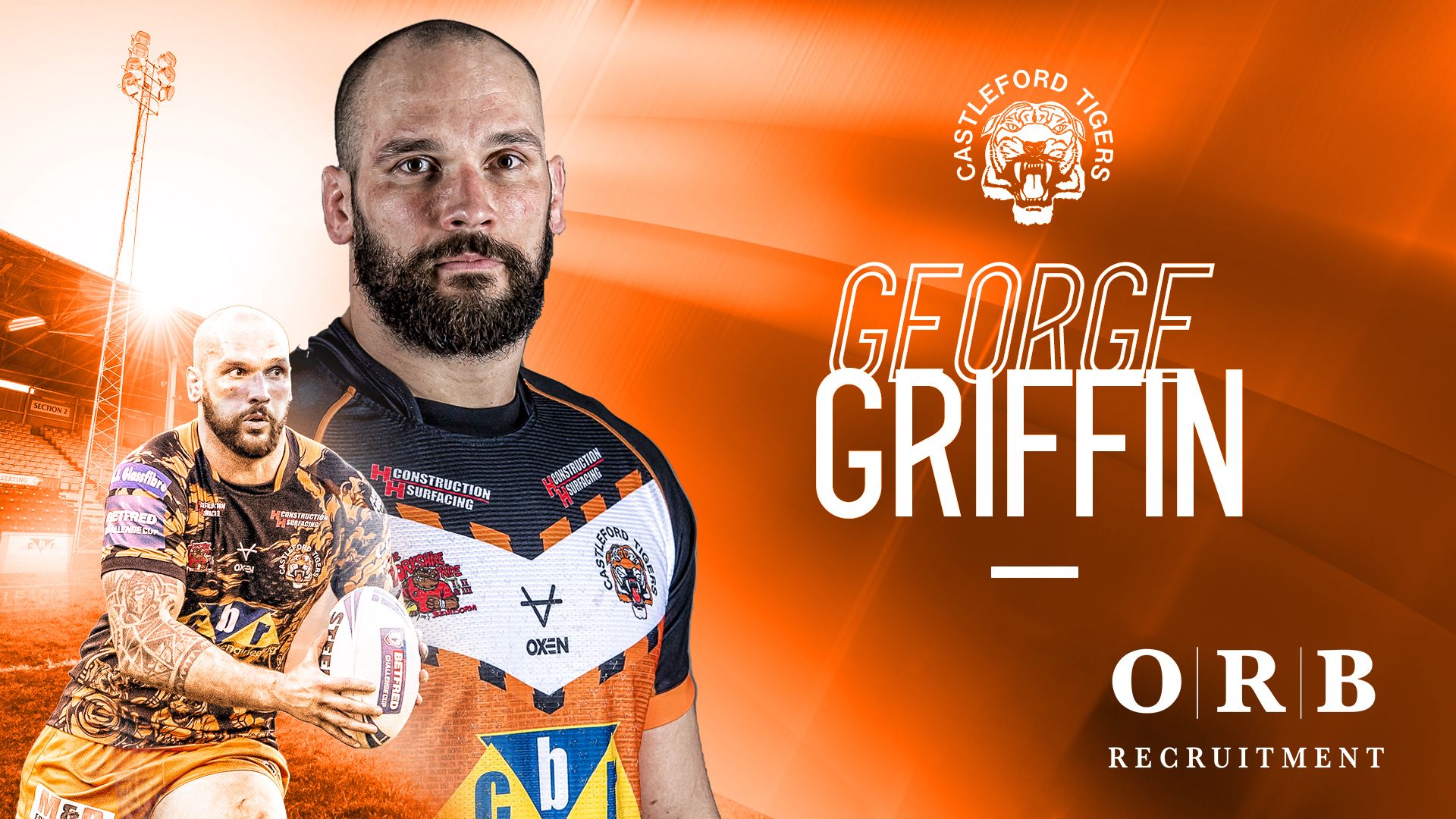 Castleford Tigers are thrilled to confirm that reliable forward George Griffin has put pen to paper on a three-year contract extension, keeping him with the Fords until the end of the 2025 season.

All the Tigers’ recruitment news across the club is proudly brought to you and sponsored by our official recruitment partner ORB Recruitment.

The 30-year-old joined Castleford for the 2020 season and has made 51 appearances to date for the club, scoring on six occasions, and was starting prop in the 2021 Challenge Cup Final at Wembley.

Dependable in the pack, Griffin has only missed two league matches this season, and he is versatile too having featured at prop and in the back row. Hailed by his teammates, he works consistently hard in the middle of the field taking tough carries and making hard yards.

Proudly sponsored by C&C Fabrications, Griffin is very much at home at Wheldon Road after moving into the area when he first arrived and is now delighted to be staying at the club for another three years.

“I’m more than happy about it and I’m pleased to get it out of the way and over the moon to be staying!” Griffin told castlefordtigers.com.

“I think the club is going really well and I like the direction it is going in. I like the way I’m playing at the minute and the way I'm being played in games and things are moving forward from here.” 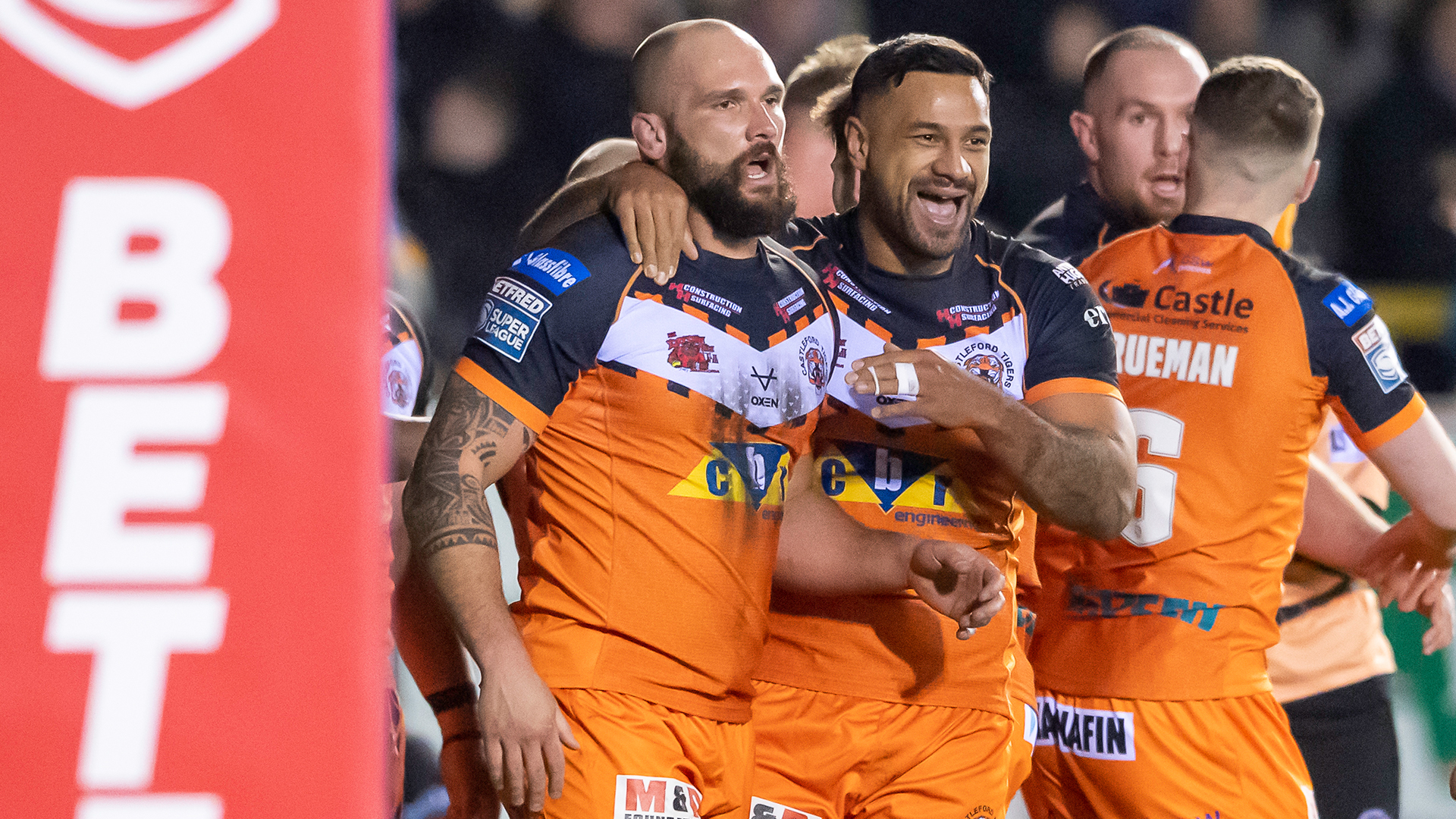 George celebrated his 30th birthday last month with a win over Catalans Dragons and believes he is now coming into his best years as a rugby league player and is still developing his game under Head Coach Lee Radford.

“I know what I am as a player, I don’t do the pretty things I suppose but I like to think I work hard and grind out for the team, doing the things that might not get noticed by fans but the coaches and the boys notice. If I give them that, that is all that matters to me.

“I’m a bit older now but I’m still learning every year, I’ve learnt a lot off Radders as I have done in previous years. I still have a lot of good years left in me and hopefully, I can put them to practice while I’m here.”

The Fords faithful supporters often see Griffin come off the pitch at the end of a game exhausted, and George would not have it any other way.

“Whilst I’m out there I might look the most tired player on the pitch, I’ve been told off for my body language before, but I just run my blood to water whilst I’m out there maybe I don’t know where to catch a break. Wherever I get told I need to be or whatever I need to do I put myself there and do as best I can.”

Within the Tigers squad, there are several forwards who put in these tough, workmen-like performances in the middle of the field, and that dynamic within the pack is one Griffin enjoys.

“Massey has been doing it for years, so I take a leaf out of his book, we’re the same kind of player in that regard, we do our jobs in the middle basically, our tackles and carries and get to the points we need to get to. I think if we can do that and get the classy players playing off the back of us then we know we’ve done our job.” 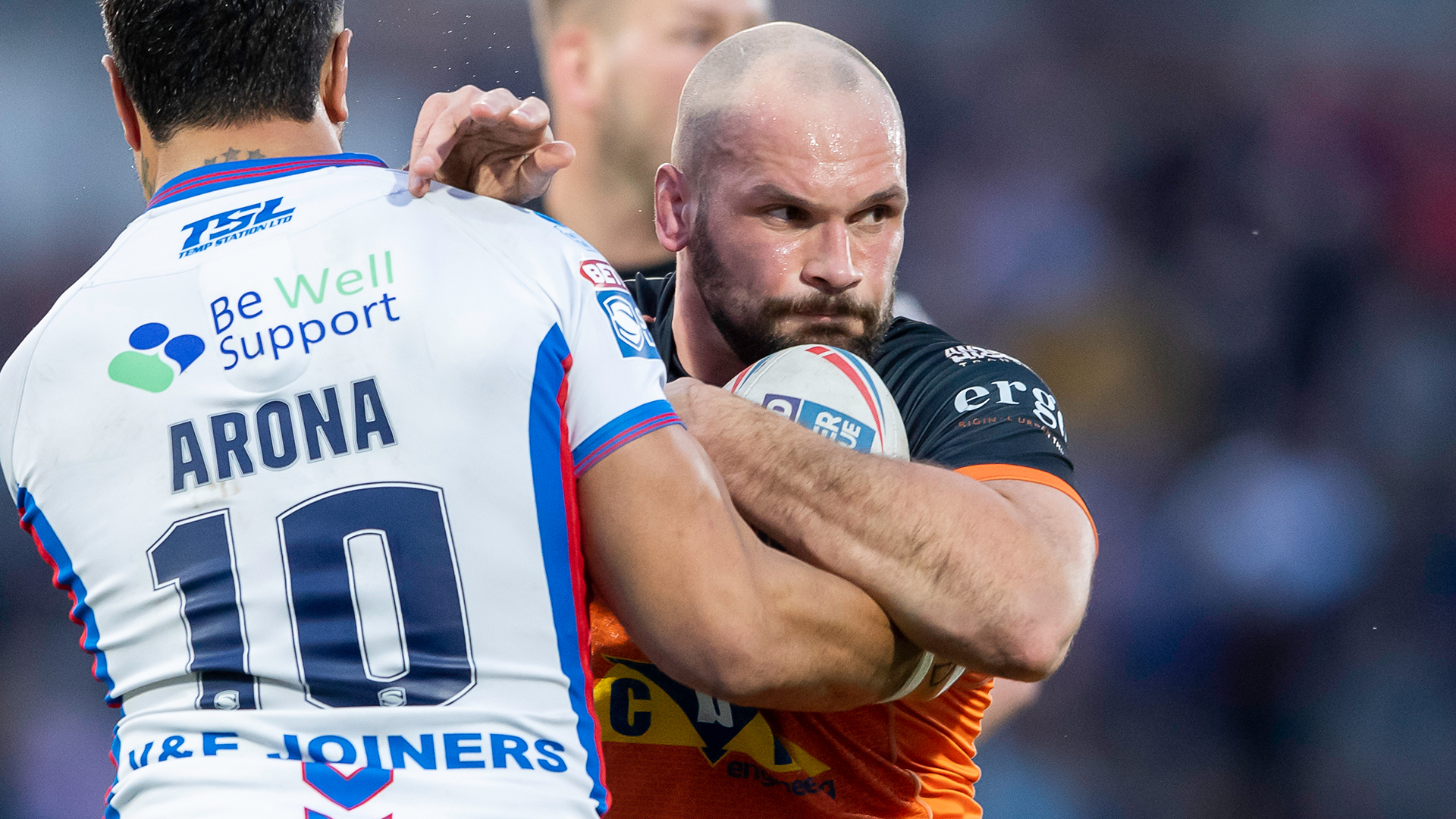 2022 has been coined by the Tigers the #NewCasEra and it has seen some very impressive performances been served up under Head Coach Lee Radford, whom Griffin has thoroughly enjoyed working with.

“Radders has made us all comfortable and I’ve learnt a lot off him, more so about defence and aggression. We like that attacking brand of rugby but we’re trying to turn ourselves into a gritty team, grind out wins and make this place a tough place to come to get a win – I think we’re doing that.”

In closing, George Griffin paid his thanks to the Tigers' supporters and declared his love of playing at The Mend-A-Hose Jungle.

“It’s unreal. This has probably been my favourite year, obviously given Covid and last year we didn’t have a great year, but you get a busy crowd here and a good win, there is nothing better.

“Thank you, you’ve made me feel comfortable the last few years and I hope you keep turning up in numbers cheering us on. Hopefully, we can do something special this year, I’ll be here for the next three so hopefully, see you there!”

Lee Radford spoke with delight that George Griffin will be remaining a Tiger for a further three years and shared that he is the type of player he wants in his squad at Wheldon Road.

“George is really good around the place, he is a senior bloke that comes in and does all the off-field stuff really well, he trains with intensity and very rarely not on the field and rarely in the physio room – touch wood. He brings a lot off the field and ticks a lot of boxes for what I am after on the field as well.

“His career has maybe been a bit of a slow burner; he is improving year on year, and I think his progression is steady and I’m really happy with his performances. A lot of stuff that I place value on he does really well. The three-year contract is a reward for all that and how well he looks after himself away from the game too.” 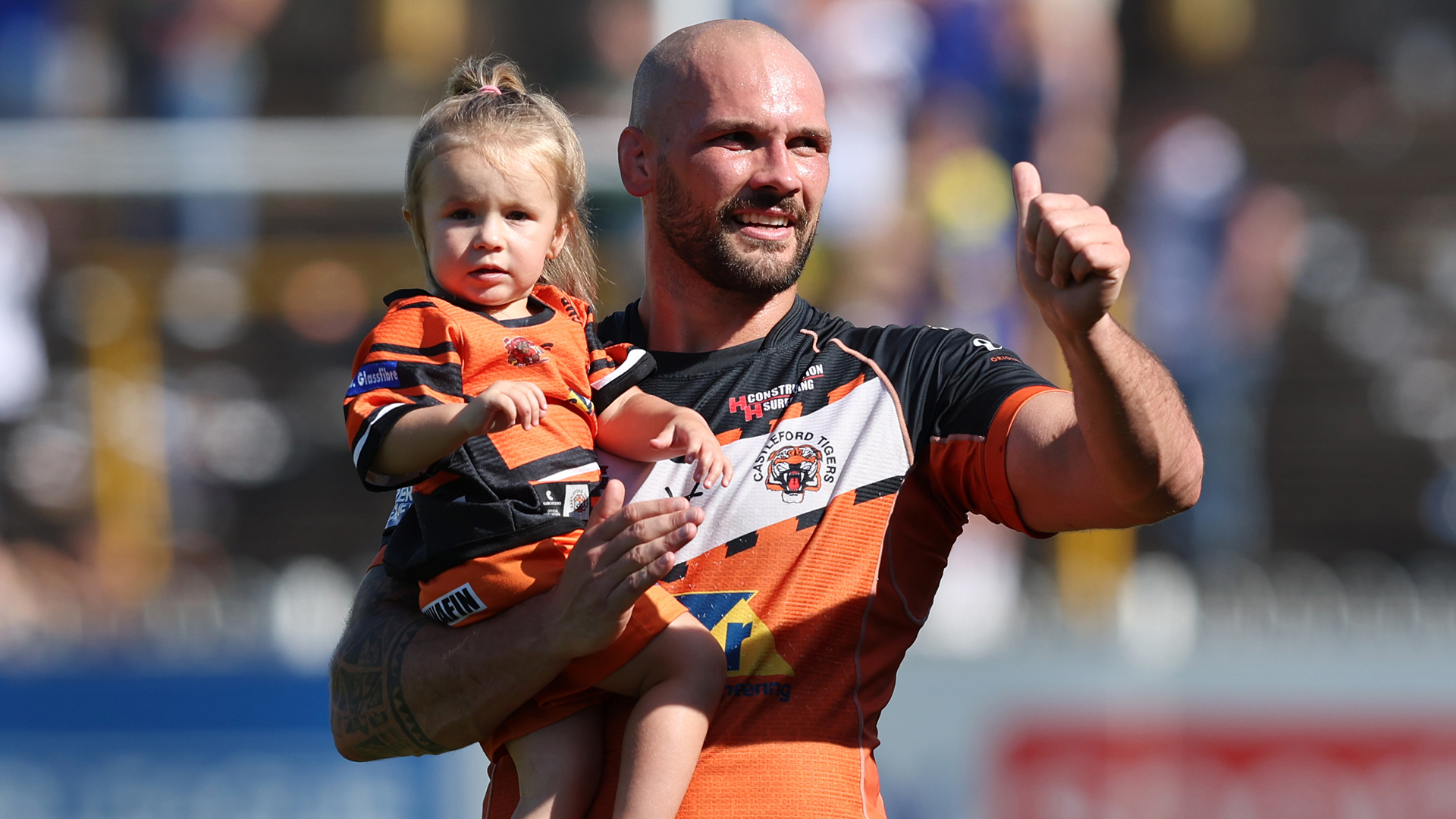