Mellor moves to the Tigers

Castleford Tigers are thrilled to announce that back-rower Alex Mellor has joined the club on a two-and-a-half-year contract. 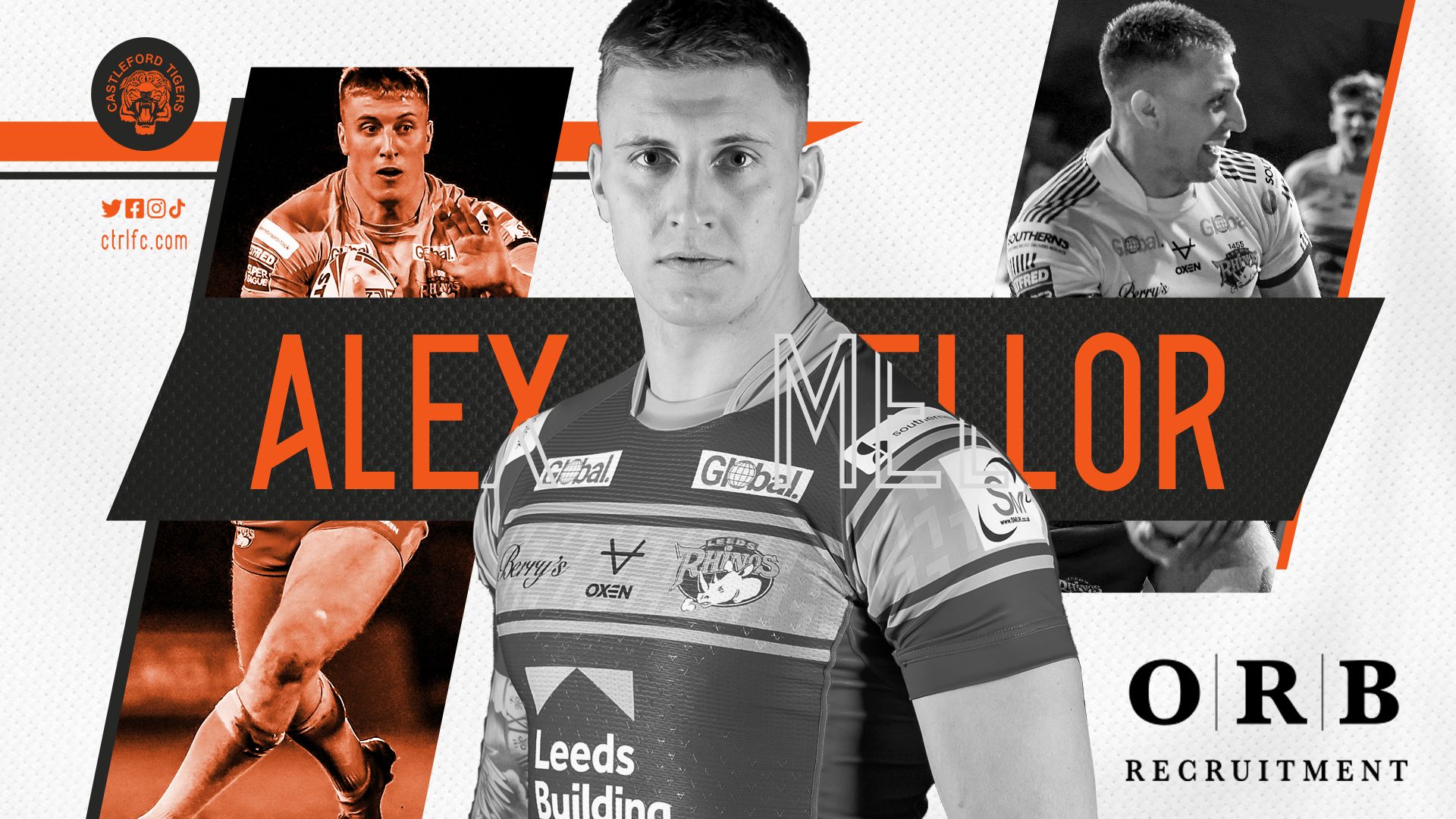 Castleford Tigers are thrilled to announce that back-rower Alex Mellor has joined the club on a two-and-a-half-year contract.

Mellor makes the move from Headingley to Wheldon Road immediately and will be in contention for Lee Radford’s side straight away, including for this Sunday’s Betfred Super League home clash against Catalans Dragons.

The 27-year-old will wear the #37 shirt in 2022 and will be proudly sponsored by Aysgarth Rooms. 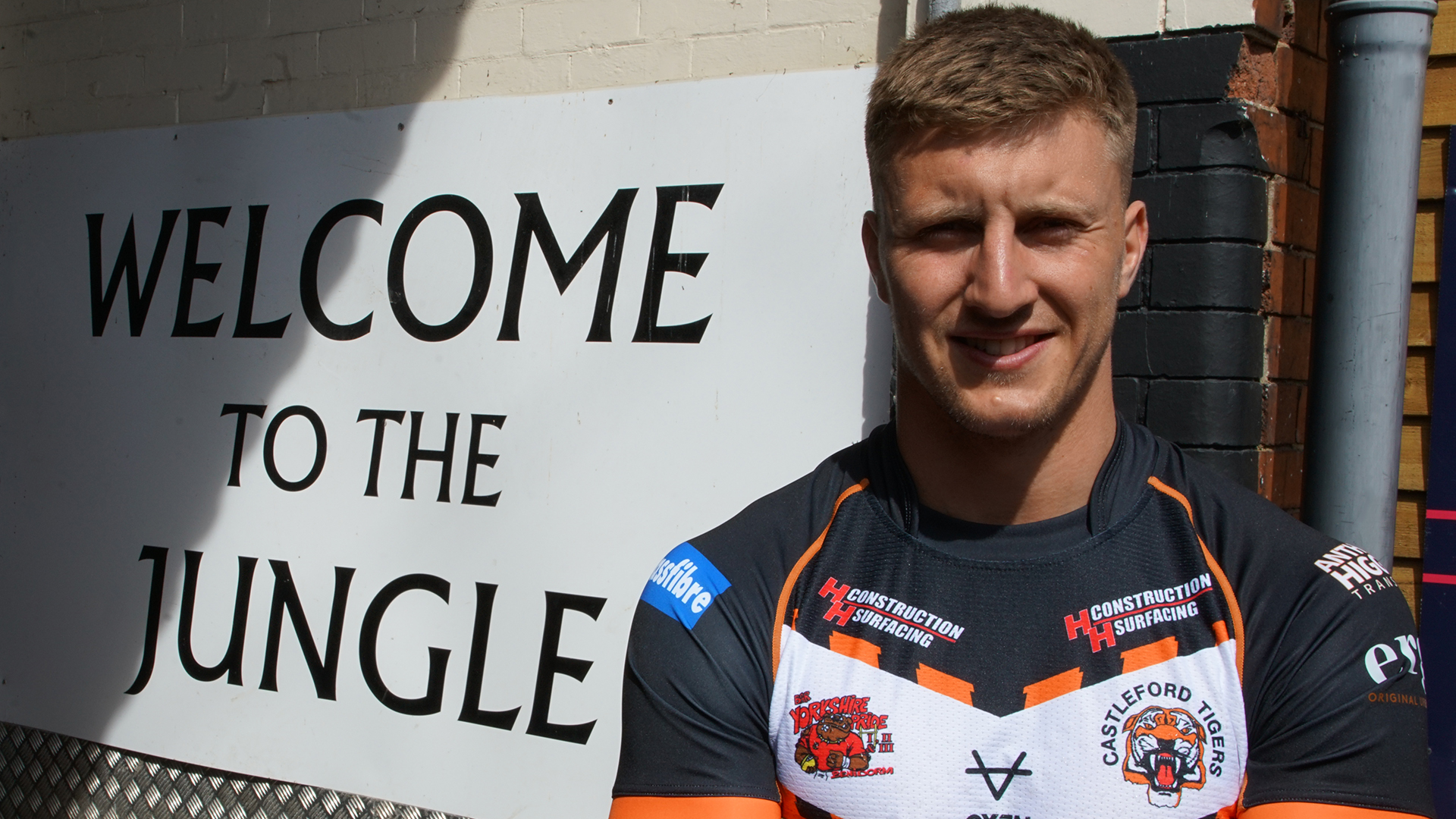 Born in Halifax, Mellor began his rugby league journey with amateur club King Cross Park, he then joined the youth side at Bradford Bulls where he emerged as a talent, making his top-flight debut in 2013 and playing First Team rugby at Odsal for four years.

Following the Bulls’ liquidation in early 2017, Alex then signed for Huddersfield Giants where he played for three seasons before making the move to Leeds from the 2020 season, lifting the Challenge Cup trophy at Wembley in his first year with the Rhinos.

Speaking about joining the Fords, a delighted Mellor discussed coming to play his rugby at The Mend-A-Hose and his position in the back row.

“It feels good, it’s been a bit of a long process getting things sorted, so to finally have it all figured out is a good feeling,” Mellor told castlefordtigers.com.

“Back-row suits my play style, I think I’m a bloke who is going to put his head down and work hard for you, come up with some plays when I need to but put the team first and do every little thing I can to make the team better.” 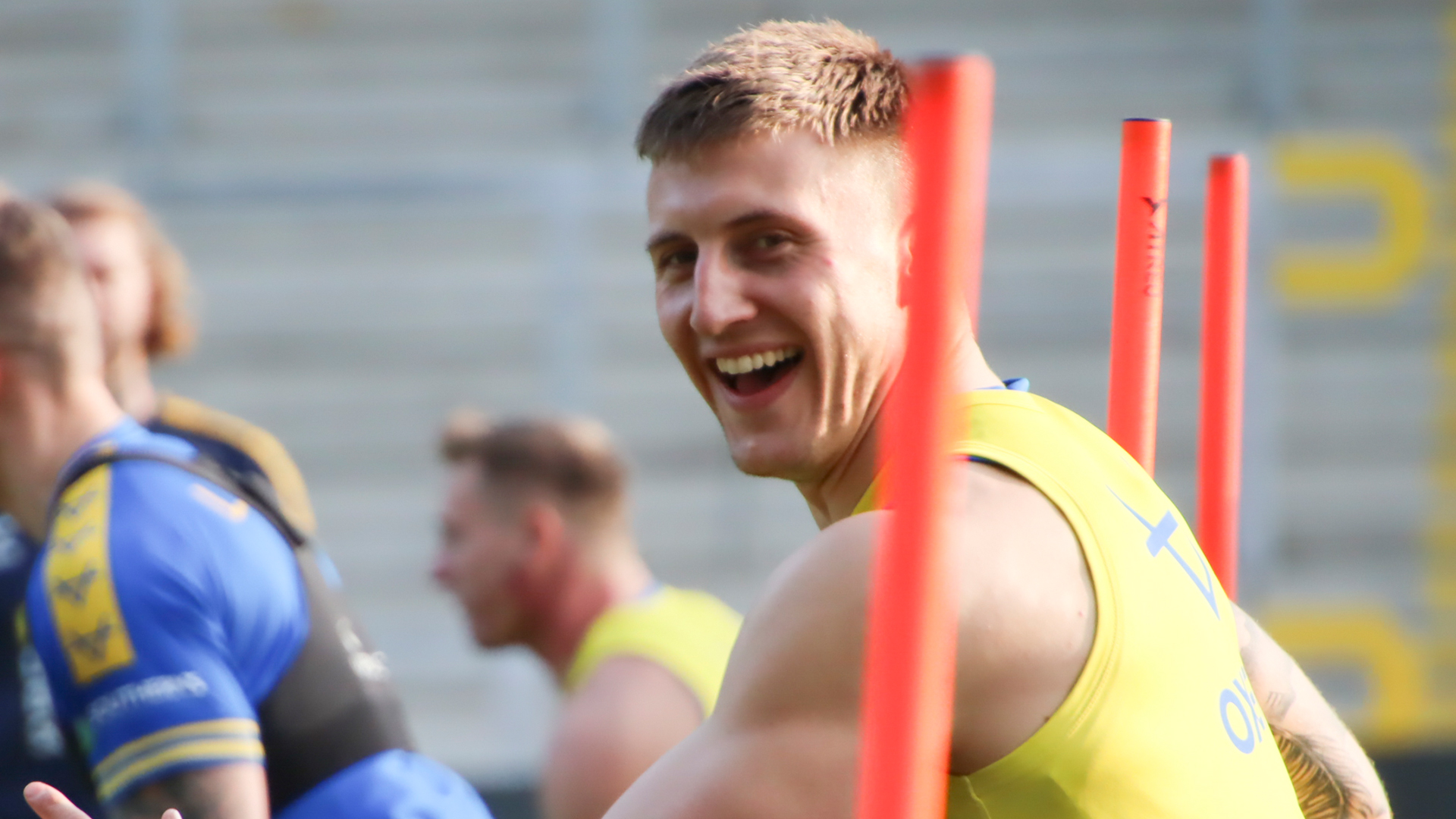 Mellor becomes the latest recruit to join the Tigers as part of the #NewCasEra working under Lee Radford, which was a prospect that excited the 27-year-old.

“It’s good to be a part of it, you look at some of the signings that we’ve made and the prospects we’ve got for next year, it is really exciting. It is not one of those places that you come and aim for mid-table, this is one of those places where we want to be up the table and push. Looking at the signings and the squad we’re building, it’s definitely something we can do.

“Lee Radford is a big reason, I sat down with him the first time and felt comfortable around him and liked what he had to say, his persona, how he viewed things in rugby. I think the first time we met it wasn’t too formal and we get on, I could really see myself playing under him and coming to Castleford to see what we can do.”

It’s been a tough year due to injuries for Alex but looking to be back to 100% he has outlined his initial goals with the Tigers.

“To cement myself in the team is definitely one, but I want to kick on and hopefully find some playoff football this year and find some form again. I feel like the last eight/ten months have been a bit of a struggle for me playing-wise, I got a really bad injury and it sort of set me back. I’ve been in and out injured so for me it is about finding a bit of consistency in my playing time, hopefully staying injury-free and kicking on with Cas to see what we can do.” 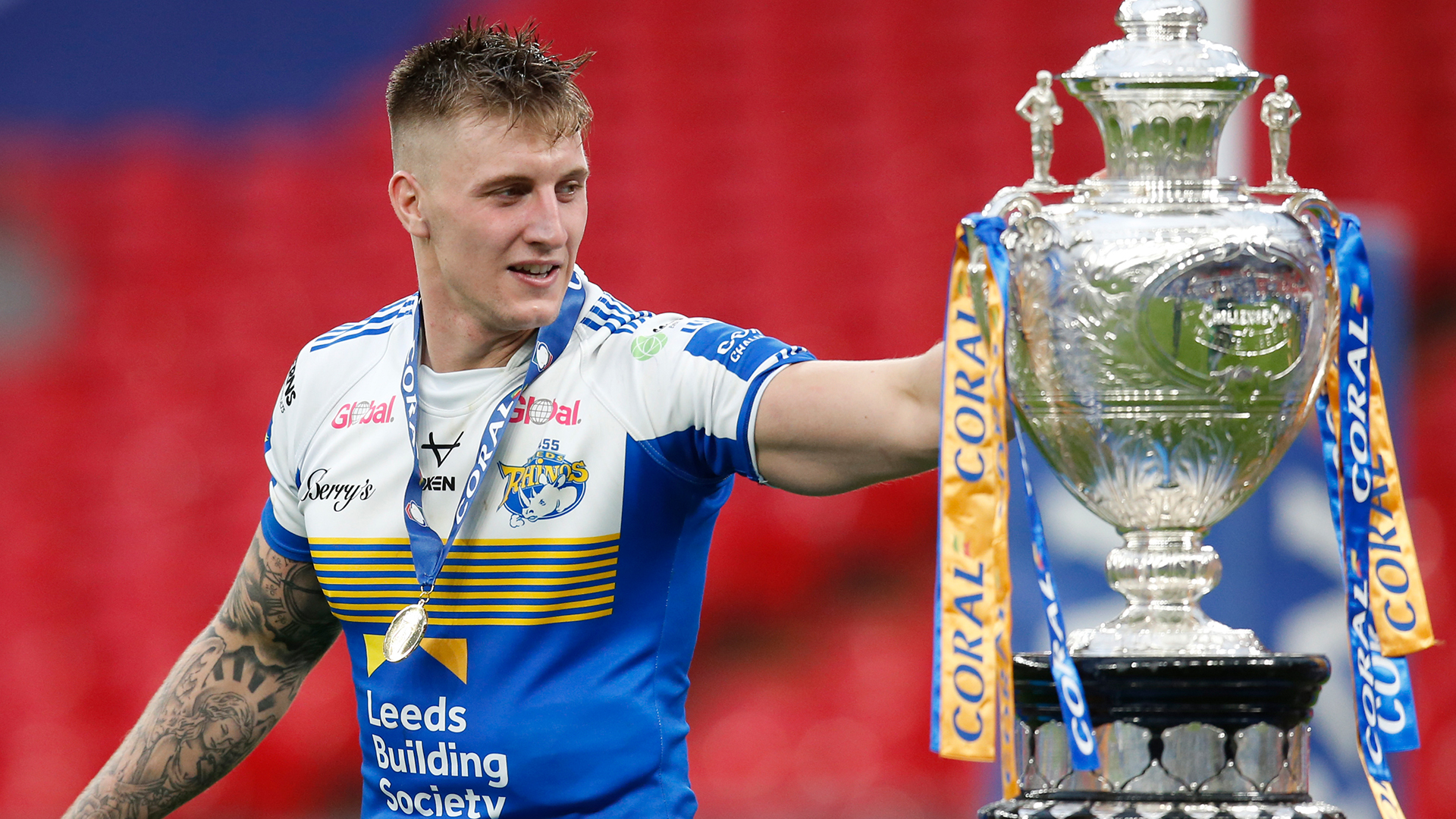 The decision to play his rugby at Wheldon Road of course ends Mellor’s time at Leeds, leaving on good terms he wishes them well.

“I’ve enjoyed it, going to Leeds was a big deal and I’ve nothing bad to say about Leeds it’s just one of those things that we have gone separate ways. I enjoyed it, it’s a great place to play, the fans are good and I’ve only positive things to say, but that’s previous. Now I’m focusing on present and future with Cas.”

Finally, in closing, Mellor paid tribute to the Fords faithful who have made The Mend-A-Hose Jungle an intimidating place to come on his visits as an opposition player in the past. He now looks forward to having their backing as a Castleford Tiger.

“It’s going to be different! You come and play Cas and the pitch is real enclosed and the fans are on top, when they get at you, they get at you, we played here last year and I played outside Luke Gale. He got hammered the whole game, the fans actually made me laugh on the field, which is mad!

“It’s going to be nice to have that feeling where all the fans are behind you and supporting you, that wave of noise motivates you on and I’m looking forward to that carnival sort of atmosphere, it’s going to be good.” 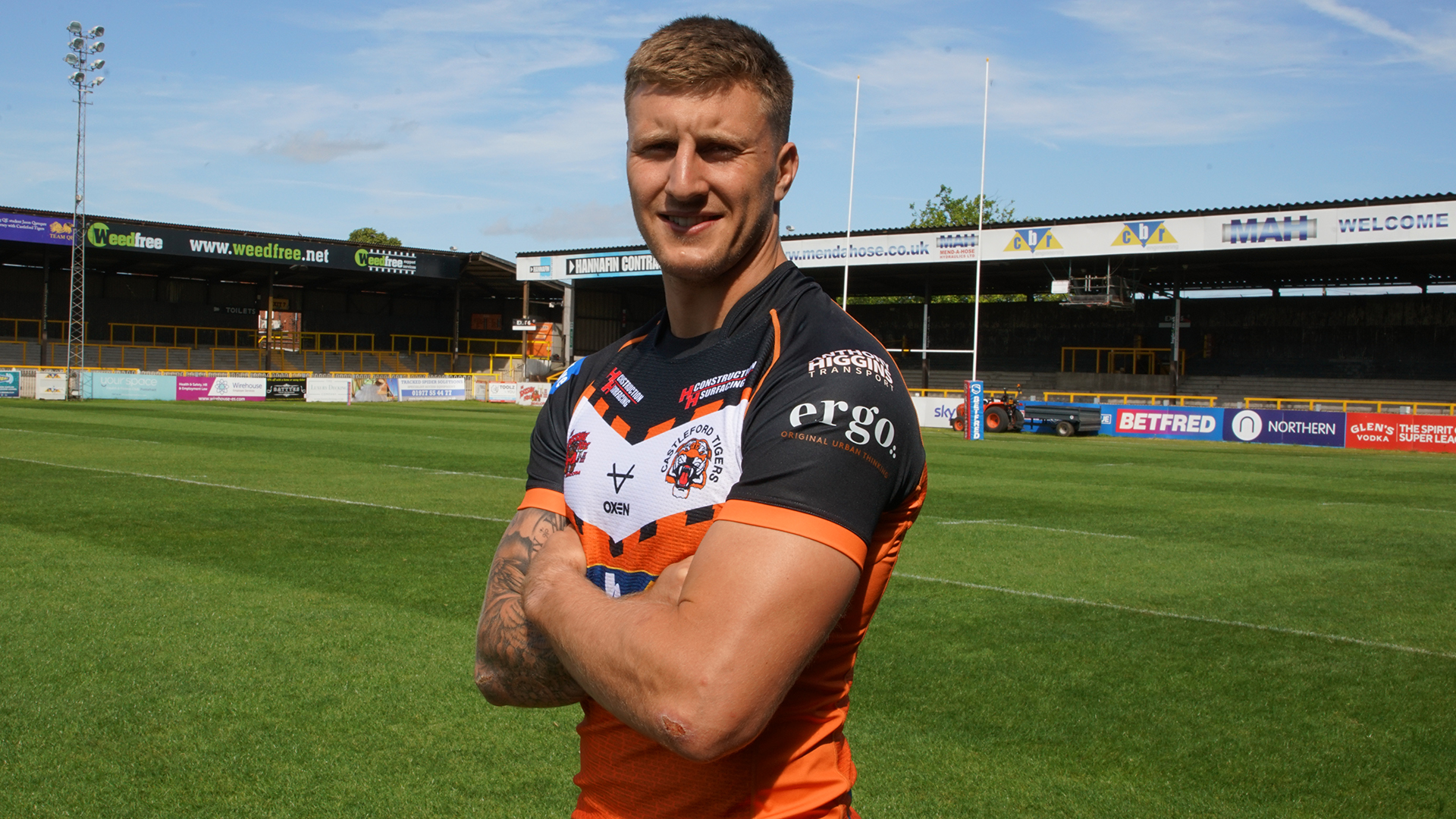 “Alex is a really athletic, strike ball player on an edge, I’ve watched him over the years and been impressed with him...

Head Coach of Castleford Tigers Lee Radford is pleased to welcome Alex Mellor and believes he is adding a terrific player and person into the First Team environment at Wheldon Road.

“Alex is a really athletic, strike ball player on an edge, I’ve watched him over the years and been impressed with him and he’s probably not struck the chords that he wanted to so far this year. I think we’re picking up someone who we can try to get back into the swing of things and enjoying his rugby again.

“He has been on the cusp of the England Knights selection, he’s of the age where his best years are still in front of him and I think he will be a good coup for us. I got a really good feeling for him and everyone I’ve spoken to, player and coach, has only had good things to say about him in how he trains and approaches training.