Westerman on inspiring the next generation

Joe Westerman sat down to talk about how important the Foundation’s work is to capture the imagination of young people in the local community! 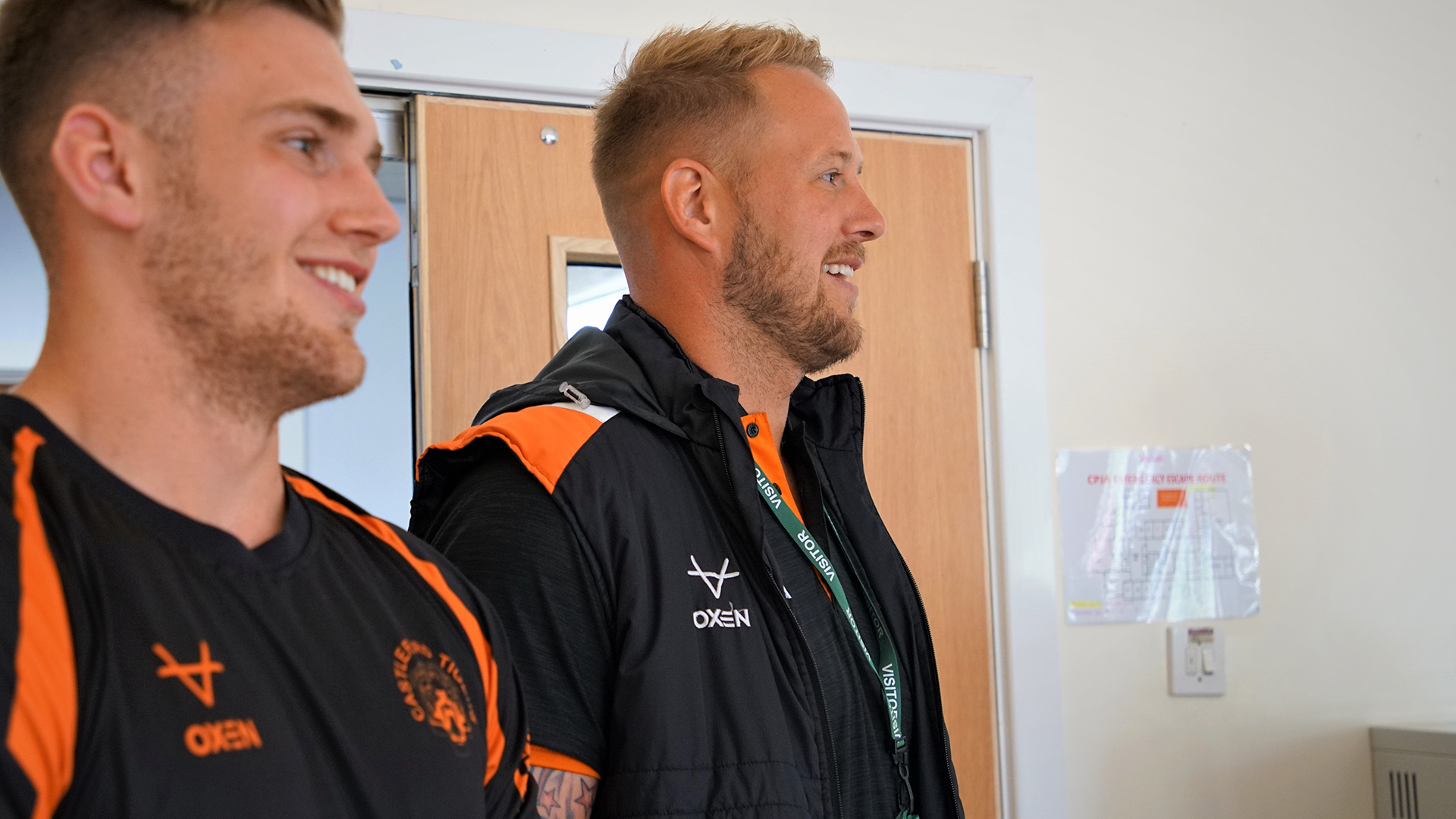 After one of his latest school visits with the Castleford Tigers Foundation, Fords First Team star Joe Westerman sat down to talk about how important the Foundation’s work is to capture the imagination of young people in the local community.

The Tigers forward’s most recent venture saw him pay a visit to Castleford Park Junior Academy with fellow Cas player Brad Martin for a question-and-answer session.

It provided a fantastic opportunity for the pupils from years four, five, and six to get to know more about their idols and for them to find out what it takes to make it to the top of any profession they may go into as well as the lessons learned along the way.

Since returning to his boyhood club this year, Westerman has been regularly seen out and about visiting schools in an area that he knows well, and the Cas loose forward outlined why it’s so crucial for players to get involved in inspiring the next generation.

“I think it’s important for them to know what it’s like to be a rugby player and if it makes them want to come to games and get involved then it’s good for the club. It also might make them more likely to take up the sport and join a community club which is great for the game in general.

“When I was a kid, seeing players come into my school definitely inspired me to want to play the game.”

The Tigers Foundation are linked with many local community clubs which provide a fantastic pathway for young players at grassroots level and the 32-year-old explained how going into schools can influence youngsters into joining an amateur club.

“The more we can get out to schools, the more we can spread the game and get kids watching and coming down to watch. Having them come down to matches is a good stepping stone for them to get into grassroots rugby.

“Since I have come back to Cas I’ve seen that the Foundation is massive for us to be able to get into the local schools. It’s vital for getting kids playing at a young age and coming to games, which is not just good for them, but it is good for the club as well. The Foundation is huge right now for the club because it’s important that we get these kids playing the sport.”

In closing, Westerman revealed that having an impact on young people progressing in the sport wasn’t something he ever thought about earlier in his career, although now he’s back at his hometown club, he’s keen on having a positive influence on the stars of tomorrow.

“I never thought I would be getting involved in helping youngsters because when I was younger, I wasn’t interested in coaching but now I am getting older I am trying to find a role in that. I just want to help the kids come through and to help them progress into good people and good players.”

For more information on how your child can get into rugby league in the local area, then contact foundation@castigers.com or matlancaster@castigers.com about our fantastic community clubs for them to join.