Castleford Tigers secured an important away day victory in sweltering conditions down in the south of France over Toulouse Olympique 14 points to 20. 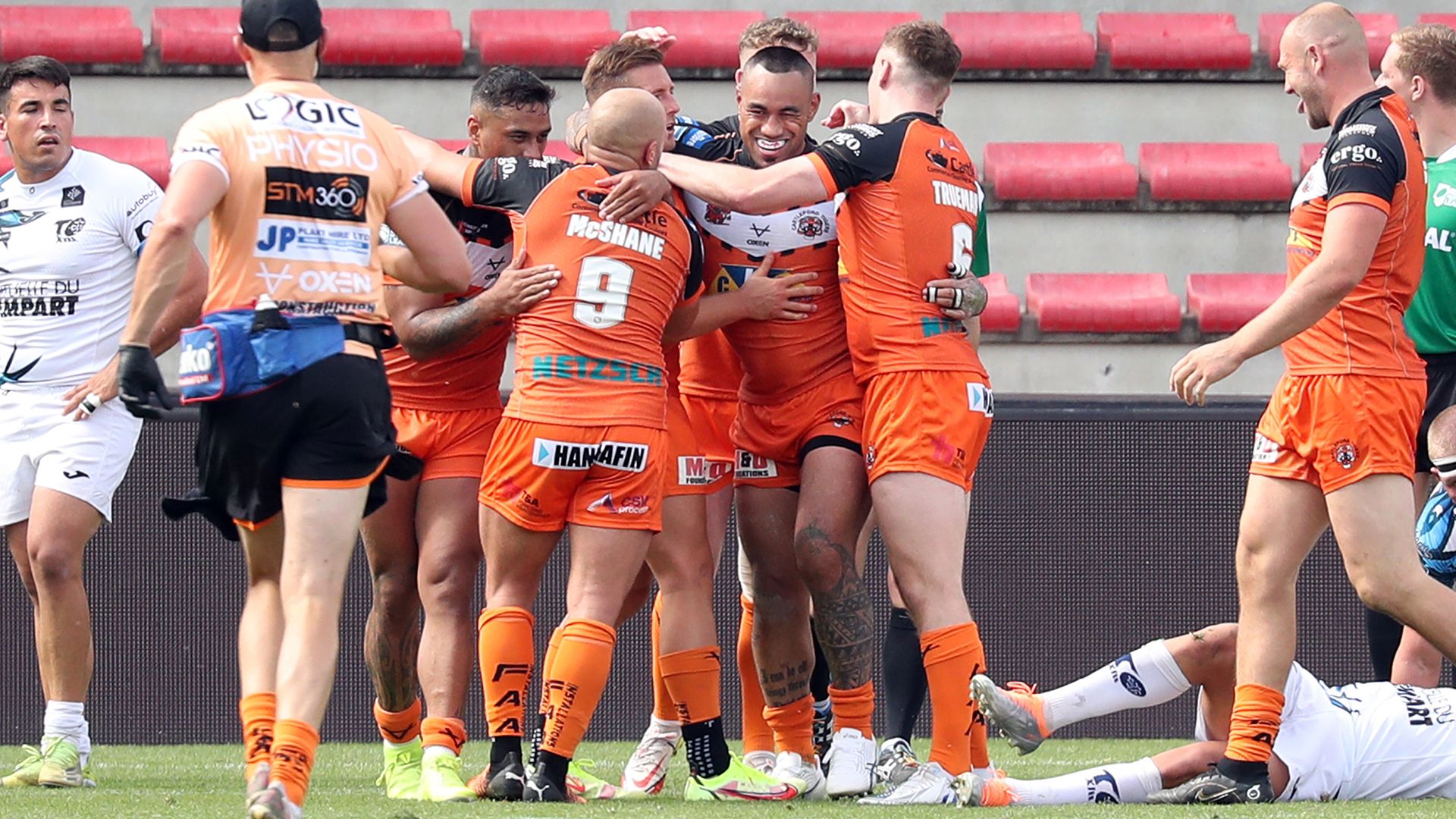 Castleford Tigers secured an important away day victory in sweltering conditions down in the south of France over Toulouse Olympique 14 points to 20.

Down on troops naming just a 20-man squad declaration for the match, Lee Radford made three changes to the squad that took on Wigan with Gareth O’Brien, George Lawler and Daniel Smith stepping out, Danny Richardson, Cheyse Blair and Brad Martin stepping in.

The headline news going into the game was Richardson making his first Super League appearance since Round One back in February against Salford where he suffered a neck fracture injury. DR7’s goal-kicking would prove to be important as he seeks to get back to full match confidence.

It was a steady start for both sides in very hot temperatures which rose to around 34C, the first Castleford threat came from Greg Eden who looked lively in the early stages but was stopped by his opposite number twice in Latrell Schaumkel. Richardson then tried to poke through the line but was well wrapped as he looked to finish, and a Fonua wayward pass relieved the early pressure.

Toulouse’s first chance of the match was through Anthon Marion who went over the line but was pulled back for a clear knock-on. The Tigers pushed with Richardson kicking across the field to the corner and Bureta Faraimo managed to pat it back in the hopes that Cheyse Blair would get it, but Olly Ashall-Bott collected and would prove to be just as important at the other side of the pitch too. A penalty gifted the hosts territory, combined with a six-again inside the Cas twenty was capitalised on with Ashall-Bott going in on the left edge, Chris Hankinson adding the kick from out wide. 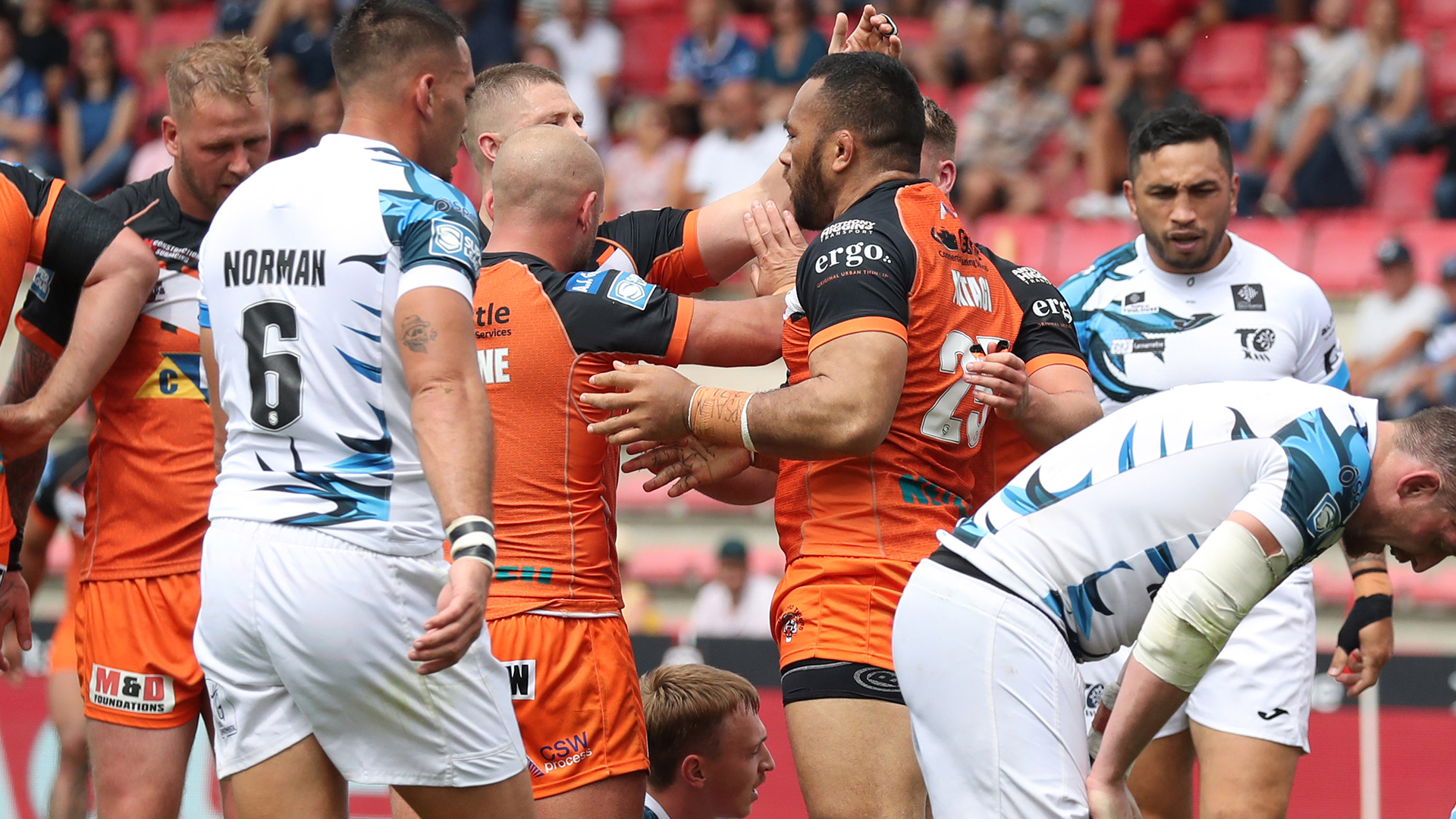 The Fords did not take long to strike back though, with captain McShane directing traffic and keeping things simple and working the ball upfield. A flat pass near the line to Suaia Matagi allowed a crash try and an easy Richardson conversion before half time.

A poor start from Castleford to the second period with another penalty allowed Matty Russell to get on the end of a Hankinson offload in the corner and Toulouse to regain their lead, Hankinson adding the extras.

With the pressure back on the Tigers tried to force the issue, a cross-field ball towards Fonua was too strong and ran out, then a Liam Watts pass was intercepted by Jussaume but Ryan Hampshire brought a stop to the attack. The fullback would then help setup Cas getting back on level terms with a terrific 70m kick return, only getting stopped by a desperate Ashall-Bott tackle. Grinding forward a short McShane pass to Griffin near the line meant three Toulouse players tried stopping him but in front of the ref George managed to get it down for a score and another easy DR7 conversion.

When your opponent is making mistakes, you need to try and make the most of the opportunity and Toulouse’s fullback knocked on a high ball around 15m out, they compounded the issue with a ball strip on Brad Martin and the kicking tee was called for to nudge Cas in front. However, the Tigers then made mistakes of their own and an offside call in front of the posts allowed Hankinson to make it even once more at 14-14 with just over ten minutes left. 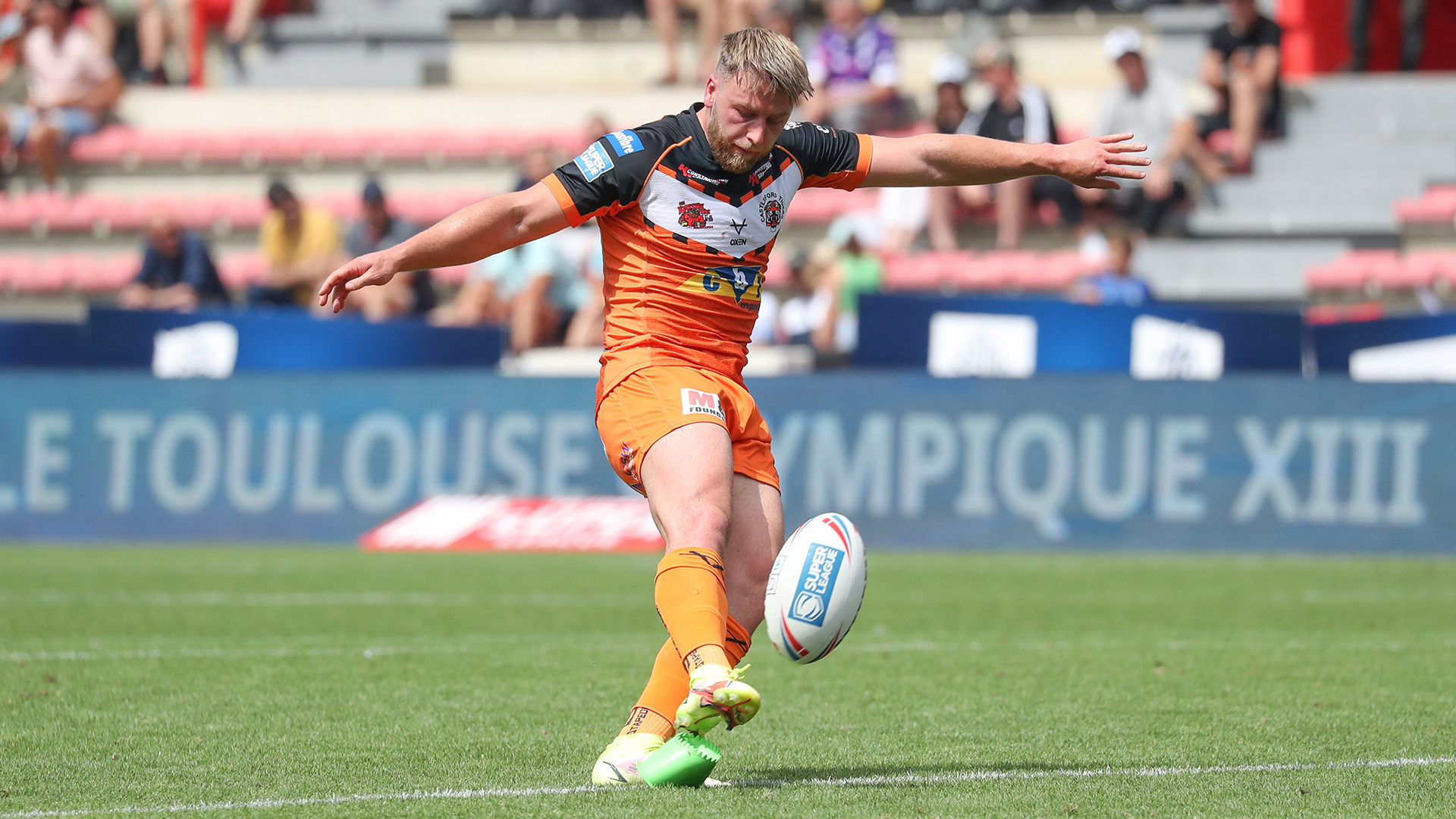 The next score would be decisive in such hot conditions and with time running out, with eight minutes left the Tigers shaped up on the left edge, Edwards and McShane doing a run-around play to get it to Fonua. Mahe looked like he teased a through the legs pass to Eden on the wing but spotted a gap and ran into it to give Castleford the lead. Richardson ate up as much time as he could before slotting over his fourth conversion of the afternoon.

Radford’s men saw out the remaining minutes well, a late chance for the hosts wasn’t taken well enough and Paul McShane ran the ball out as the hooter went.

An important victory, especially given the context heading into the match with humid conditions and a down on troops Cas side – but the most pleasing thing about the result is the Tigers move back into the play-off positions. 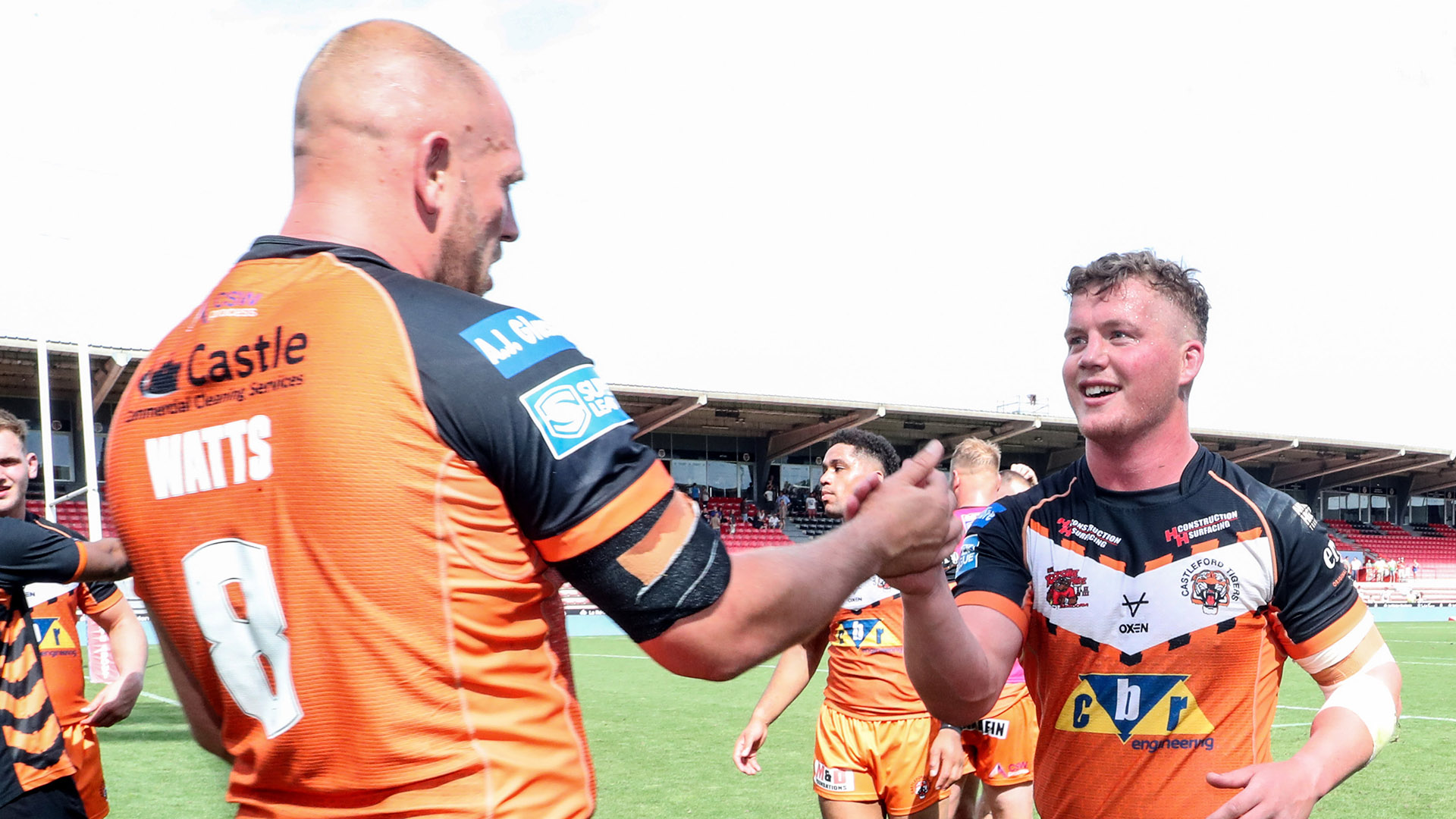