Castleford Tigers will welcome Hull KR to The Mend-A-Hose Jungle on Sunday afternoon. Get ready for the game with our match preview. 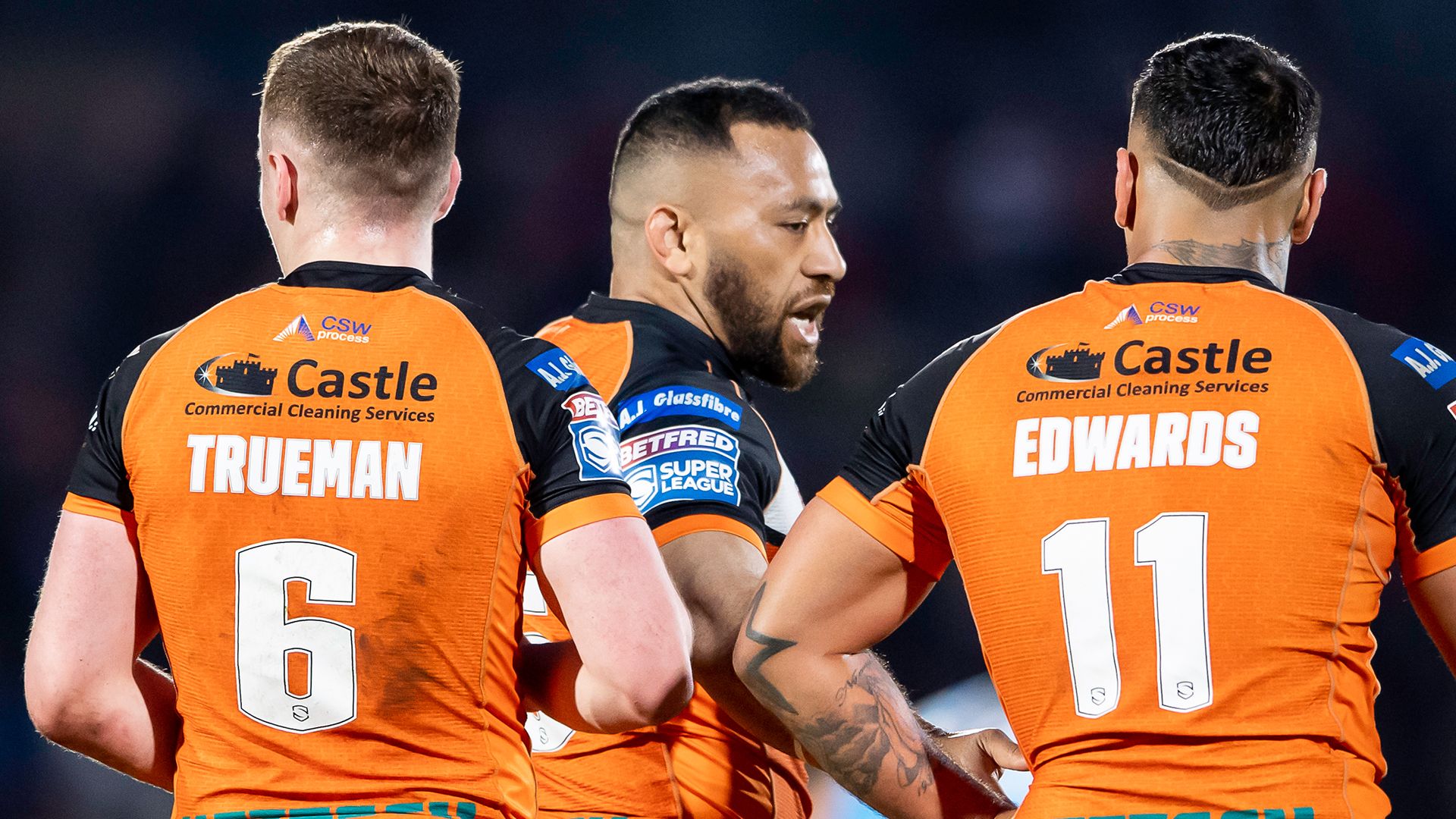 Castleford Tigers will welcome Hull KR to The Mend-A-Hose Jungle on Sunday afternoon. Get ready for the game with our match preview.

The Roger Millward Trophy will be awarded to the winners of this Round 12 clash in the Betfred Super League.

Both sides are eager to get back to winning ways, the Tigers following their loss to Catalans Dragons away in the last round, whilst the Robins come into this game on the back of a disappointing loss in the semi-final of the Challenge Cup.

Castleford Tigers encourage supporters to get their tickets in advance online by visiting castlefordtigers.com/tickets.

In-person - Visit our Ticket Office at The Mend-A-Hose Jungle, on Wheldon Road, or head in-store to The Tigers Den at Carlton Lanes.

Opening Times - You can find our opening hours here

On Game Day - We advise getting e-tickets online at castlefordtigers.com/tickets - this is the easiest way to get your tickets and enter the ground on match day.

Ticket Collection - Our Game Day Ticket Office will be open from 12.30pm for fans to pickup their tickets. This is located at the side of the training pitch.

Following a week without match action, Lee Radford looks to have a couple more troops to call upon, the big one being Ryan Hampshire who has confirmed will be starting at fullback for his second debut with the Tigers!

Greg Eden is back in contention too after missing the last three matches against Leeds, St Helens and Catalans.

Danny Richardson is also set to return to the field after his neck fracture which occurred in the opening game of the season. There are two opportunities for him to play this weekend with Reserves action up first on Saturday afternoon between Cas and Leeds, and then the game against KR - both will be played at The Jungle.

There has been no major reports of further injuries sustained to the Tigers. Niall Evalds has had his bicep surgery at a time where the Tigers will have a couple of breaks, which Radford admits is probably the best time for him to have done it. Jordan Turner is still set for a long period on the sidelines due to a shoulder injury which the boss confirmed may keep him out until the backend of the 2022 campaign.

Two pieces of loan news were confirmed this week with Tigers looking to gain valuable match minutes. Firstly, Sosaia Feki has joined Featherstone for two weeks as he looks to get back to 100% after 20 months out. Youngster Cain Robb has linked up with Whitehaven on a month-long loan, and will likely be their starting hooker in that period.

A LOOK AT THE OPPOSITION

The surprise package of 2021 has had a good start to 2022 which built up to a memorable Good Friday derby win over Hull FC and securing a Cup semi-final spot. However, they are now on a two-game losing run and have only scored 4 points in 160 minutes of rugby.

But the Robins have been doing it tough with injuries, which has only got worse this week following the loss of halfback Jordan Abdull due to a quad tear which likely keeps him out for the rest of the year.

Tony Smith is boosted though with the return of influential fullback Lachlan Coote, and Frankie Halton.

Castleford Tigers and Hull KR will celebrate the life of a rugby league great on Sunday by competing for the Roger Millward Trophy.

Since 2018 annually both clubs have contested a match in memory of Millward who began his career at Castleford before joining KR and going on to be one of their greatest ever players.

The Roger Millward Trophy itself is modeled on Roger's famous #6 shirt, and the match contesting for the trophy alternates between the two club's grounds each season.

Last year the trophy was set to be contested at The Mend-A-Hose Jungle but due to Covid-19 restrictions, a trophy presentation could not take place in the manner that both clubs felt it deserved. It was agreed Castleford would defer hosting the trophy contest for 2021 and that KR would host the Roger Millward Trophy match later in the year.

Castleford Tigers are delighted to confirm the match on Sunday will see the winner pick up the Roger Millward Trophy, and the club will be welcoming representatives of Roger's family to the game.

Supporters are encouraged to get down early and enjoy our Fan Zone where we will have live '90s music, plenty of food and drinks options, and a terrific Sunday rugby league atmosphere building!

Third time lucky for Goerge Lawler, the Cas forward has unfortunately missed the last two chances to take on his ex-teammates due to suspensions.

He's not too sure about the reaction he'll receive from the away fans, but he is relaxed about it all.

"Stuff like that doesn’t really bother me. I did what I did for Hull KR and I’ve got nothing but great memories there.

“Now I play for Castleford and I am fully into that, so I am not too bothered if I don’t get a good reception.”

RADFORD AHEAD OF HOSTING KR

It is the third meeting between the Fords and the Robins, and in the previous two Cas did not cover themselves in glory.

"They really challenge you, they've challenged us twice and as for 'owing them' - we've not thrown a punch at them I don't think. I think it's really important that we turn up with the right attitude on Sunday.

"They are on the backend of a loss, we're on the back of an even worse performance, for me, so I really hope that the week off hasn't taken anything away from that stinging feeling."

All supporters are invited to arrive earlier and sample our Fan Zone behind the Main Stand! Get your afternoon started in good fashion and enjoy the atmosphere!

You can grab quality drinks and food, as well as enjoy our music and entertainment both before and after the game!

TASTY FOOD AT THE TIGERS!

Tigers winger Derrell Olpherts spoke to the press this week about the challenge that the Robins will pose on Sunday.

"They like to throw the ball about, lot of offloads, lot of ad-lib play, and we have got to be at the races because we've played them twice this year and they've put a score on us both times.

"We know what we're going to get from them, we just need to turn up and put our best performance forward."

WATCH Olpherts chat about the game on Tigers TV

Don’t forget to get in touch with the Club on social media by using the hashtags: #NewCasEra or #COYF.