Lee Radford has named his 21-man squad for this Sunday's home clash against Hull KR! 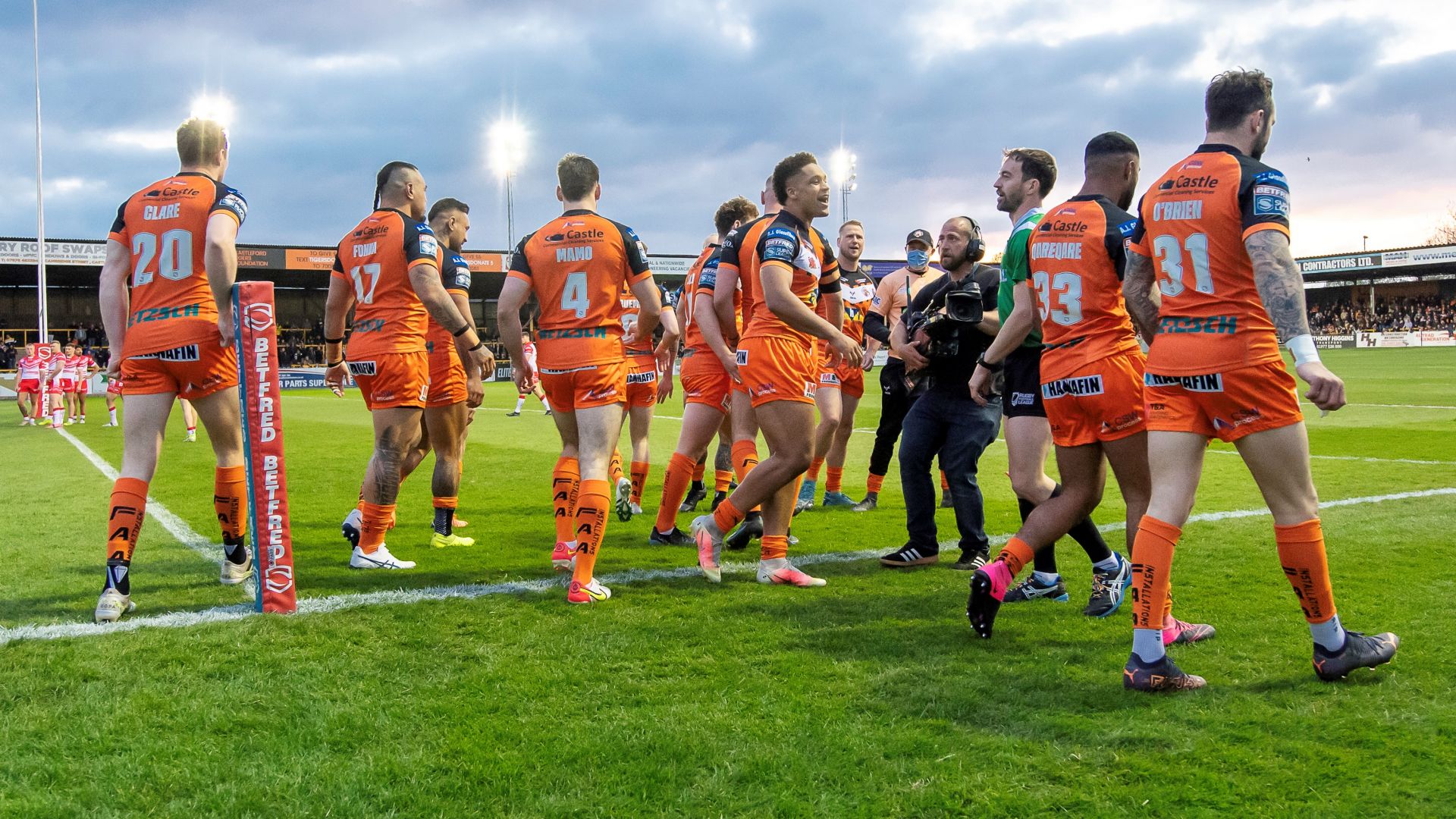 Lee Radford has named his 21-man squad for this Sunday's home clash against Hull KR!

Castleford’s squad news is sponsored and brought to you by GeoShield.

After a week without action, the Tigers' First Team is back to it in Super League. It is a traditional, 3.30pm Sunday kick-off at Wheldon Road between two very well-supported sides.

Radford has made just two changes to the squad that was named for the last match against Catalans Dragons with Greg Eden and Cheyse Blair available for contention, whilst James Clare and Sam Hall step out of the squad declaration.

Cas are aiming to get back to winning ways and build on their good home record this season which has seen them get wins over Hull FC, Toulouse, Leeds, and St Helens.

The Robins, after their loss in the Challenge Cup semi-final, will be eager to regain some form as the halfway point of the 2022 campaign approaches.

Cas and Hull KR have already met twice in 2022, both times at Craven Park, and the Robins gained the win in each. The Fords did not cover themselves in glory in either fixture and will be out to put right a few wrongs and get a small slice of revenge.

This Saturday afternoon, Castleford Tigers Reserves will host Leeds Rhinos Reserves at The Mend-A-Hose Jungle with kick-off scheduled for 2.30pm.

The Tigers could feature a number of First Team players who are looking to get match minutes.

Our Reserves are currently on the hunt for their third win of the year following victories over Newcastle and Huddersfield. It was a 34-34 draw against Salford Red Devils last time out, with the Tigers just agonizingly missing out after getting the chance to win following a late try but missing the conversion.

2022 Members and Under 16's get access to this game at The Jungle for FREE!

Entry for non-Members is just £5 and car parking at the stadium will cost just £2.

Castleford Tigers encourage supporters to get their tickets in advance online by visiting castlefordtigers.com/tickets.

In-person - Visit our Ticket Office at The Mend-A-Hose Jungle, on Wheldon Road, or head in-store to The Tigers Den at Carlton Lanes.

Opening Times - You can find our opening hours here.

On Game Day - Fans will be able to purchase tickets on the day, but as always we advise securing your spot online at castlefordtigers.com/tickets to save a little bit of money and make it easy for entry at the stadium with e-tickets too.

All supporters are invited to arrive earlier and sample our Fan Zone behind the Main Stand! Get your afternoon started in good fashion and enjoy the atmosphere!

You can grab quality drinks and food, as well as enjoy our music and entertainment both before and after the game!

TASTY FOOD AT THE TIGERS!

On Sunday, Castleford Tigers and Hull KR meet in Super League action and will celebrate the life of a rugby league great by competing for the Roger Millward Trophy.

Since 2018 annually both clubs have contested a match in memory of Millward who began his career at Castleford before joining KR and going on to be one of their greatest ever players.

The Roger Millward Trophy itself is modeled on Roger's famous #6 shirt, and the match contesting for the trophy alternates between the two club's grounds each season.

Last year the trophy was set to be contested at The Mend-A-Hose Jungle but due to Covid-19 restrictions, a trophy presentation could not take place in the manner that both clubs felt it deserved. It was agreed Castleford would defer hosting the trophy contest for 2021 and that KR would host the Roger Millward Trophy match later in the year.

Castleford Tigers are delighted to confirm the match on Sunday will see the winner pick up the Roger Millward Trophy, and the club will be welcoming representatives of Roger's family to the game.

Supporters are encouraged to get down early and enjoy our Fan Zone where we will have live '90s music, plenty of food and drinks options, and a terrific Sunday rugby league atmosphere building!