Member of the Castleford Tigers Supporters Club (CTSC) and loyal Ford’s fan Stephen Asquith explained what drove him to joining PDRL and the community feel it provides to all players. 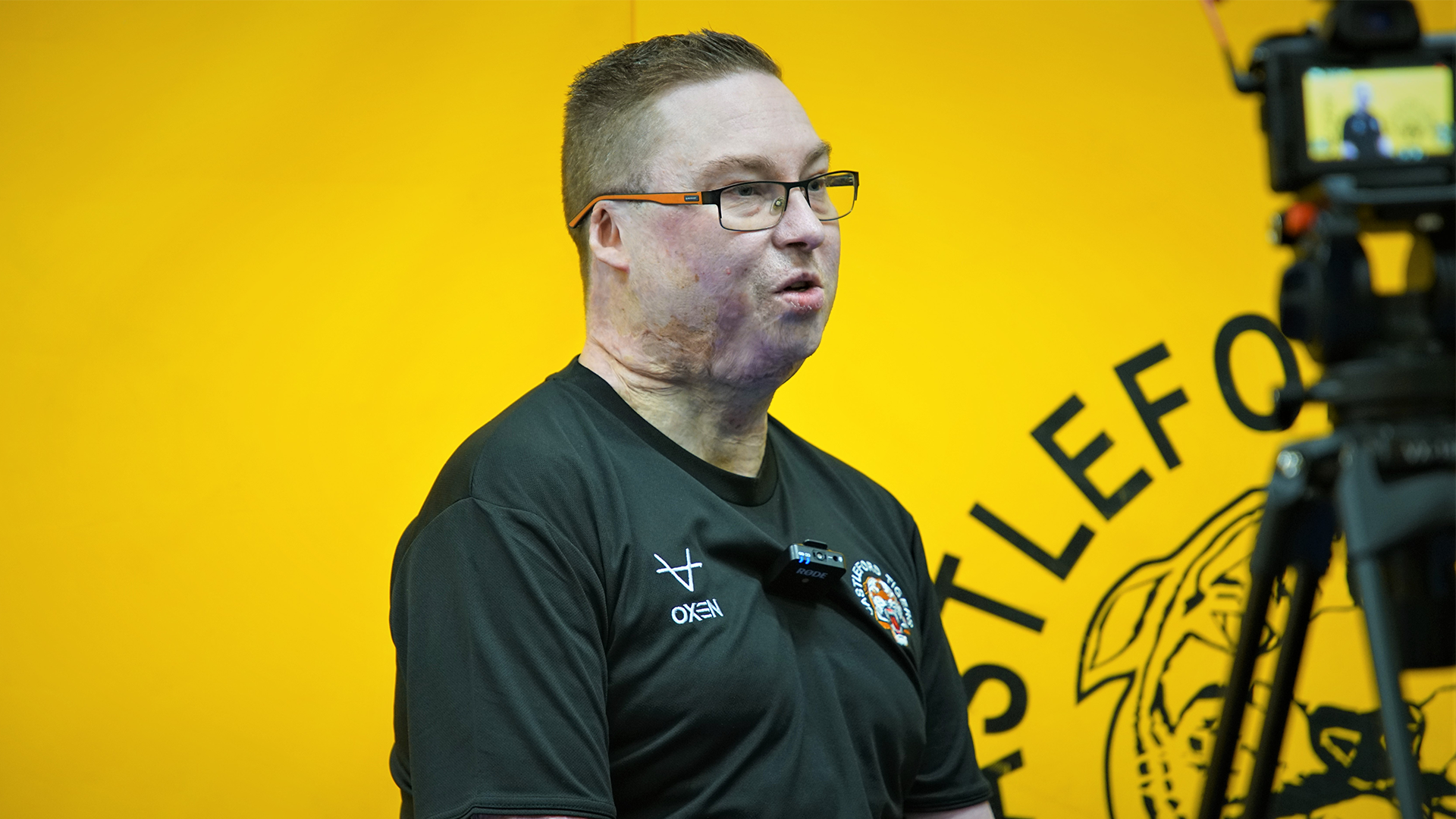 Three years ago, Stephen made the decision to join Castleford Tigers’ PDRL team in what at the time was a hesitation, but he chose to make that leap. Explaining his introduction to the sport, Stephen said: “I got involved through our old coach Kieran, at one of the CTSC meetings down at the Jungle for State of Mind. Kieran mentioned it to me because of my burns and how I had gone through a few different things at hospital.

“Somebody from the CTSC asked if I’d ever thought about doing PDRL and if I wanted to come down to try it out. First of all, I wasn’t sure about it but my daughter Casey thought I would enjoy it, so I decided to join.”

Stephen grew up supporting Castleford and as a lifelong fan has always dreamt of playing at the Jungle - a perk the PDRL has allowed him to do. But the latter as well as putting on the Tigers jersey doesn’t quite compare to the camaraderie amongst the whole PDRL community as Stephen stated.

“You always look forward to the season starting, especially because it’s full of a good group of people. The players you play with are no longer just teammates, they’re friends away from the club and it has been really impactful.

“Players from other teams are exactly the same. When you have played against them once and they recognise you again, you build that relationship with them. Like the festival we had the other weekend, somebody may come up to you and ask you about an operation you may have had. It’s the respect between other teams and you look forward to meeting them.”

Having faced adversities throughout his life, Stephen was thankful to PDRL’s role in distracting him from the more difficult times and concluded by sharing how pleased he was that he joined the variant sport.

“A lot of people may never have thought they would be playing rugby again but to be involved within a club where you’re proud to wear that badge is amazing.”

For more information on how to get involved with the Tigers’ PDRL team, please contact matlancaster@castigers.com.