Tigers squad for Saints at home

Lee Radford has named his Castleford 21-man squad for Friday night’s Betfred Super League home clash against St Helens, which kicks off at The Mend-A-Hose Jungle at 8pm. 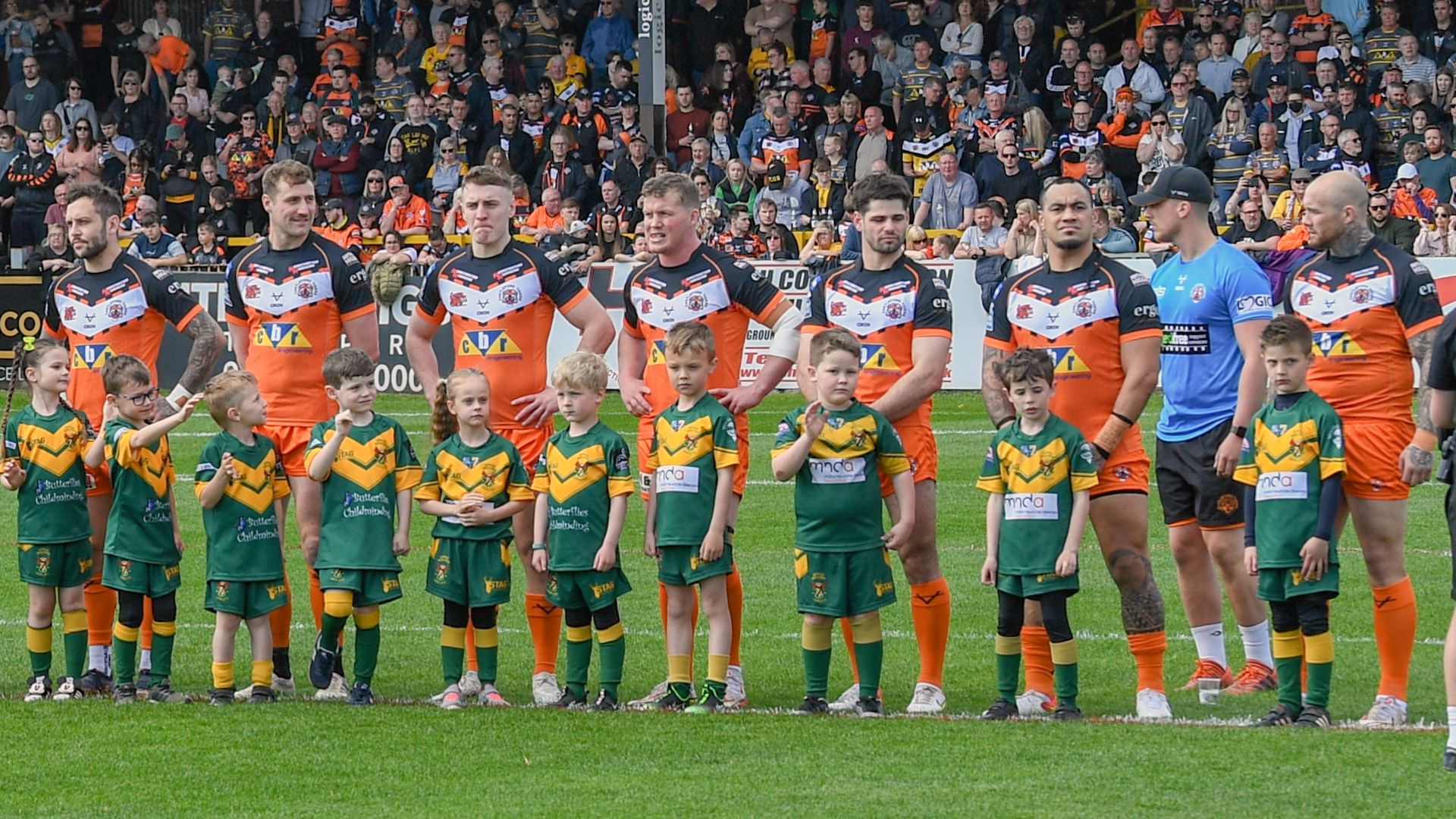 Lee Radford has named his Castleford 21-man squad for Friday night’s Betfred Super League home clash against St Helens, which kicks off at The Mend-A-Hose Jungle at 8pm.

The Tigers squad news is sponsored and brought to you by GeoShield Ltd.

It will be the third match in nine days for the Fords on Friday night, and the Head Coach has made just two changes to the squad that was declared for Easter Monday’s derby victory over Leeds Rhinos.

George Lawler is back following his three-match penalty notice and will be raring to go after missing the Easter weekend action, and Greg Eden who was not selected for Monday’s match is back in the fold after securing his 100th Castleford try against Wakefield last Thursday.

Niall Evalds steps out of the squad following an injury picked up in the clash the Rhinos which is currently being assessed.

Castleford have won three league matches in a row and have won their last three home matches too and have an aim of finishing the Easter campaign strong with a third win in just nine days.

The three times in a row champion side St Helens are in firing form, after their shock defeat to Toulouse in March they are now on a five-match winning run, the most recent two of which have come over Wigan and Huddersfield during the Easter Weekend.

In recent seasons clashes between Tigers and Saints have been exciting, high-quality affairs, with the two clubs facing off only twice last season. The first was the Challenge Cup Final which saw St Helens lift the famous trophy by 26-12, but Castleford got a sweet little bit of revenge besting the Saints at their home ground last August 10-20 – the first victory for Cas at their ground for over 30 years.

The last time the Fords faces St Helens at The Mend-A-Hose Jungle was in March 2020, the final match with crowds in attendance before the Covid-19 pandemic and national lockdown. It was a highly memorable day which saw Castleford score a strong win over the champions 28-14.

Get your tickets online NOW to see Castleford Tigers vs St Helens at The Jungle on Friday night – ctrlfc.com/tickets

Castleford Tigers are encouraging supporters to get their tickets in advance online with our e-tickets by visiting castlefordtigers.com/tickets.

In-person - Visit our Ticket Office at The Mend-A-Hose Jungle, on Wheldon Road, or head in-store to The Tigers Den at Carlton Lanes, or the Tigers Superstore in Xscape Yorkshire.

Opening Times - You can find our opening hours here.

On Game Day - Fans will be able to purchase tickets on the day, we advise securing your spot online in advance at castlefordtigers.com/tickets.

To purchase tickets on game day in person please head to our Ticket Office on Wheldon Road before 6pm. After 6pm, please head to the side of the training pitch and head to turnstiles 17 & 18 for tickets on the gate - both cash and card will be accepted.

Turnstiles 17 & 18 will be the ONLY places supporters can purchase match tickets on the gate for this fixture.