Tigers bow out of the Cup 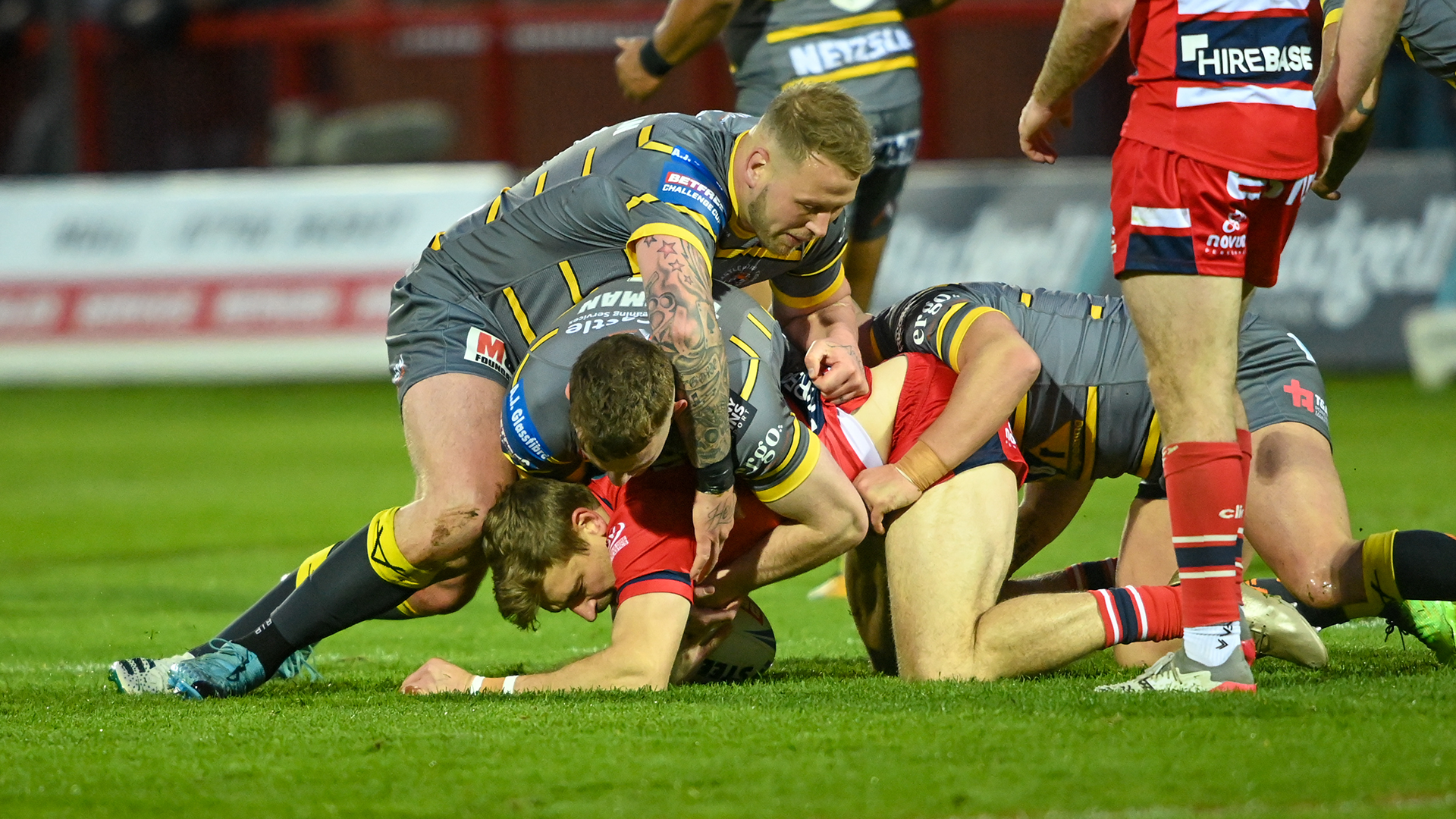 Hull KR were presented with the first opportunity to get into opposition territory after Cas were penalised just inside the Robins half. A couple of big carries from George King set the hosts up 10 metres from the line before Lachlan Coote made a dart but was stopped just short. Although KR capitalised on the following play as a kick forward from Rowan Milnes was pounced on by Elliot Minchella to open the scoring. Coote had the simple task of knocking over the conversion from in front of the posts and did so to push his side 6-0 ahead after five minutes.

The momentum was with the home side and after a miss kick off the boot of Paul McShane went out on the full on halfway, KR tried their luck at the Cas line. Some fancy footwork to evade a couple of Fords defenders from Matt Parcell got the Robins within a couple of metres. It was Minchella again who looked like he’d received a short ball and crashed over to score, however, the video referee adjudged that the loose forward had knocked on in the process of putting the ball down.

After soaking up further Hull KR pressure, Castleford managed to create something from nothing 15 minutes into the contest after a brilliant break up the field from Bureta Faraimo saw the winger take the ball from his own 20 up to halfway. The #5 then elected to kick forward with Jake Mamo on his shoulder, the centre just about got to the ball before the dead ball line but could only scoop it back into play before KR swatted the ball out.

Castleford decided to shape left after the Robins’ drop out towards Greg Eden who raced down the touchline and passed inside towards Jordan Turner, but the ball went forward and dropped dead for the hosts to recover possession.

As the clocked ticked over the halfway mark of the first half, the Tigers let another attacking opportunity slip as they opened KR up down the right hand side but Faraimo found the pass too hot to handle with the wing looking clear in to score.

The Fords then were made to pay for allowing that chance to pass them by as moments later a high boot from Milnes caused mass confusion five minutes out. After some pinball the scrum half was able to regather and clip a delicate kick to Michella who was in the right place at the right time to dot down for his brace. Coote made no mistake to double the hosts’ advantage.

With fifteen minutes of the first 40 to go Castleford dragged themselves back into the tie. Gareth O’Brien took the play left into the hands of Kenny Edwards and the second row produced a quick step and pass wide to Eden who finished in typical fashion for his 98th Tigers try. O’Brien lined up the kick from out wide and was desperately unlucky to see his conversion go narrowly passed the left post. 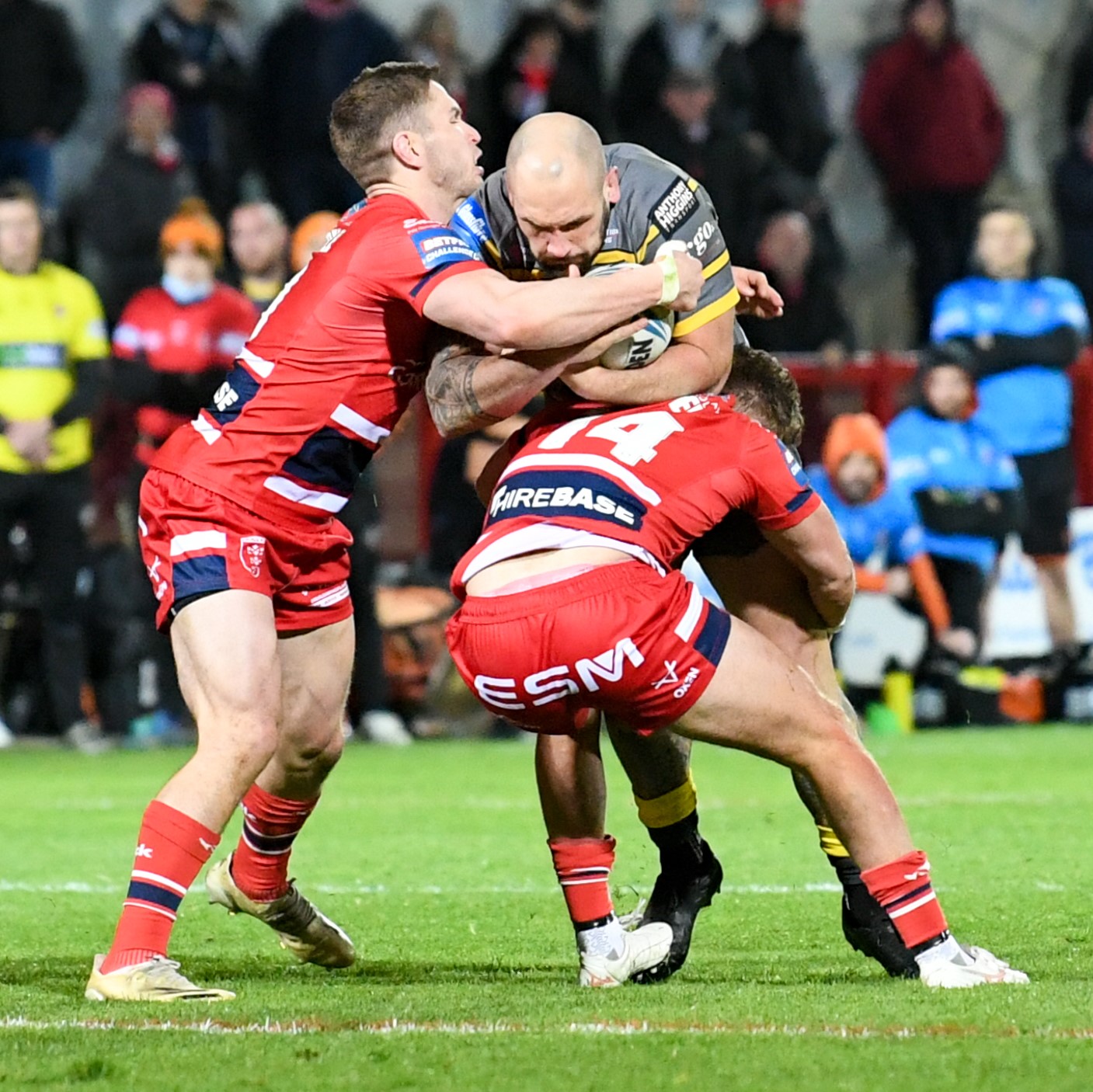 Just a couple of minutes later and Cas were deep into Hull KR’s half and almost made it back-to-back tries. O’Brien aimed his kick high into the cold Hull night, the ball was then knocked forward into Mamo’s hands but the centre was held up on the line.

The Robins then looked to set an attack of their own when O’Brien was forced behind the line after collecting a kick to concede a kick out. KR went left as Shaun Kenny-Dowall threatened but the Robin’s captain knocked on when playing the ball.

Cas then turned defence into attack, and it was that man Eden who went one step closer to getting his 100th score for his hometown club. A Jake Trueman pass freed Jordan Turner before the centre timed his pass to the flying winger who dived over in the corner. O’Brien’s conversion was from a similar position to his first but this time he caught it perfectly to get Cas within two at the half time interval.

The second half began in a scrappy manner with both sides making errors and the first real chance of the second half fell to KR fortuitously with Faraimo knocking on after falling awkwardly inside Cas’ 20. Castleford’s defence stood firm however as Parcell was wrapped up on the line and Milnes’ grubber was gathered.

With 27 minutes to go the Robins put their foot on the gas and after forcing three repeat sets, they got the breakthrough. A short pass to Kane Linnett was offloaded quickly by the second row and that opened up the space that Ryan Hall needed for the experienced winger to go over by the corner post. Coote saw his conversion slide across the posts and wide for the Tigers to stay within a score and successful kick away from the hosts.

The Tigers were making chances but just couldn’t make them count in the second half as with an hour gone interchange Mahe Fonua made a bulldozing for the line but was tackled out of play agonisingly short. 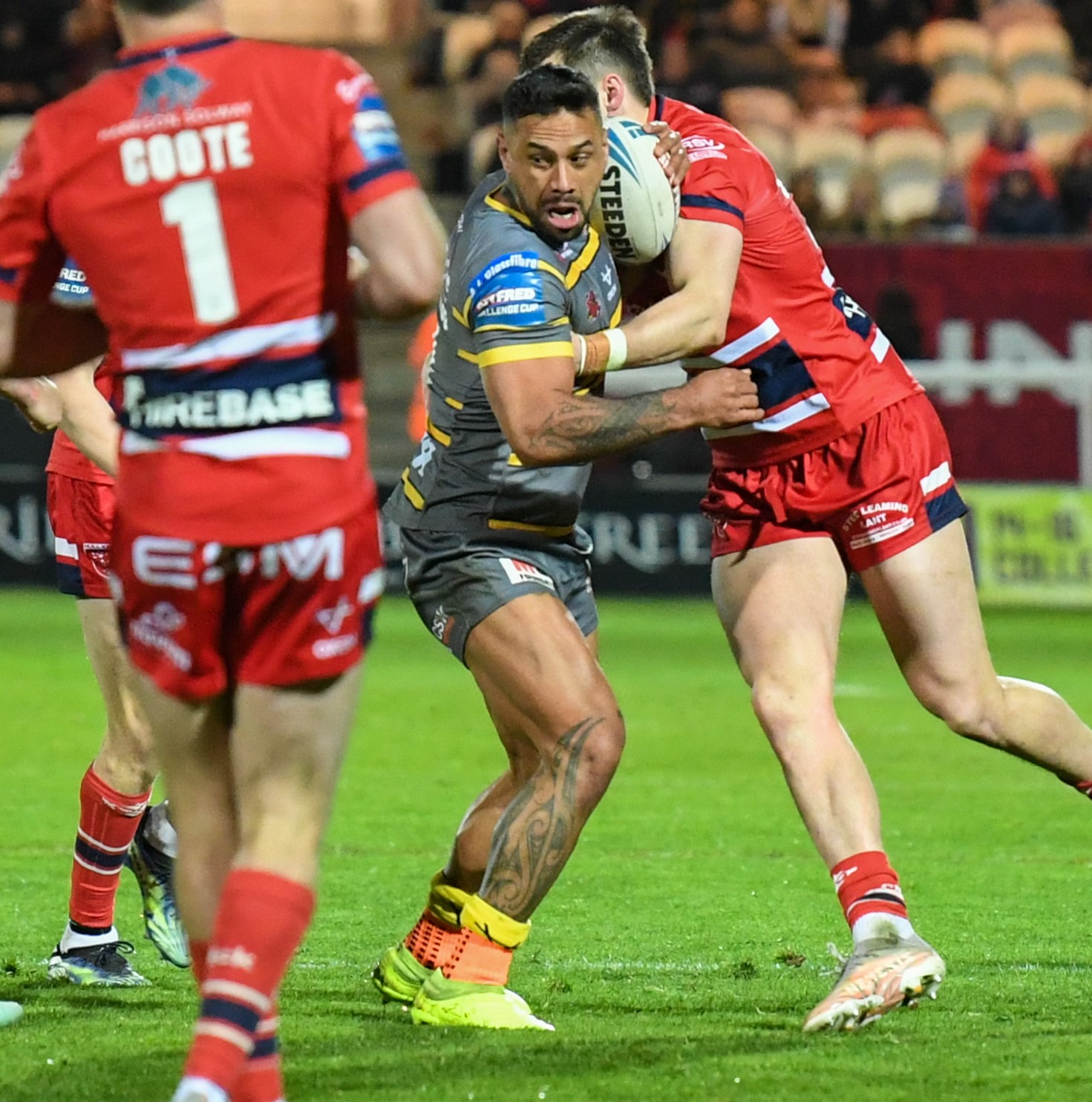 KR got the breathing space they wanted with quarter of an hour to go. Castleford were penalised inside their own half and managed to keep the home team out defending on their own goal line but another high boot, this time from Jordan Abdull, unlocked the door. The ball bounced backwards and into the grasp of Milnes who scored under the posts. Coote clipped over his conversion to put the Robins in control with the scoreboard at 22-10.

As the game entered its final ten minutes KR sealed their progression to the semi-finals with two tries late on. Sam Wood burst over from 15 metres out from an Abdull pass before the Robins’ #7 collected a cross field kick from O’Brien and held off a couple of tackles to run in from halfway in the closing stages for the game to end 34-10.