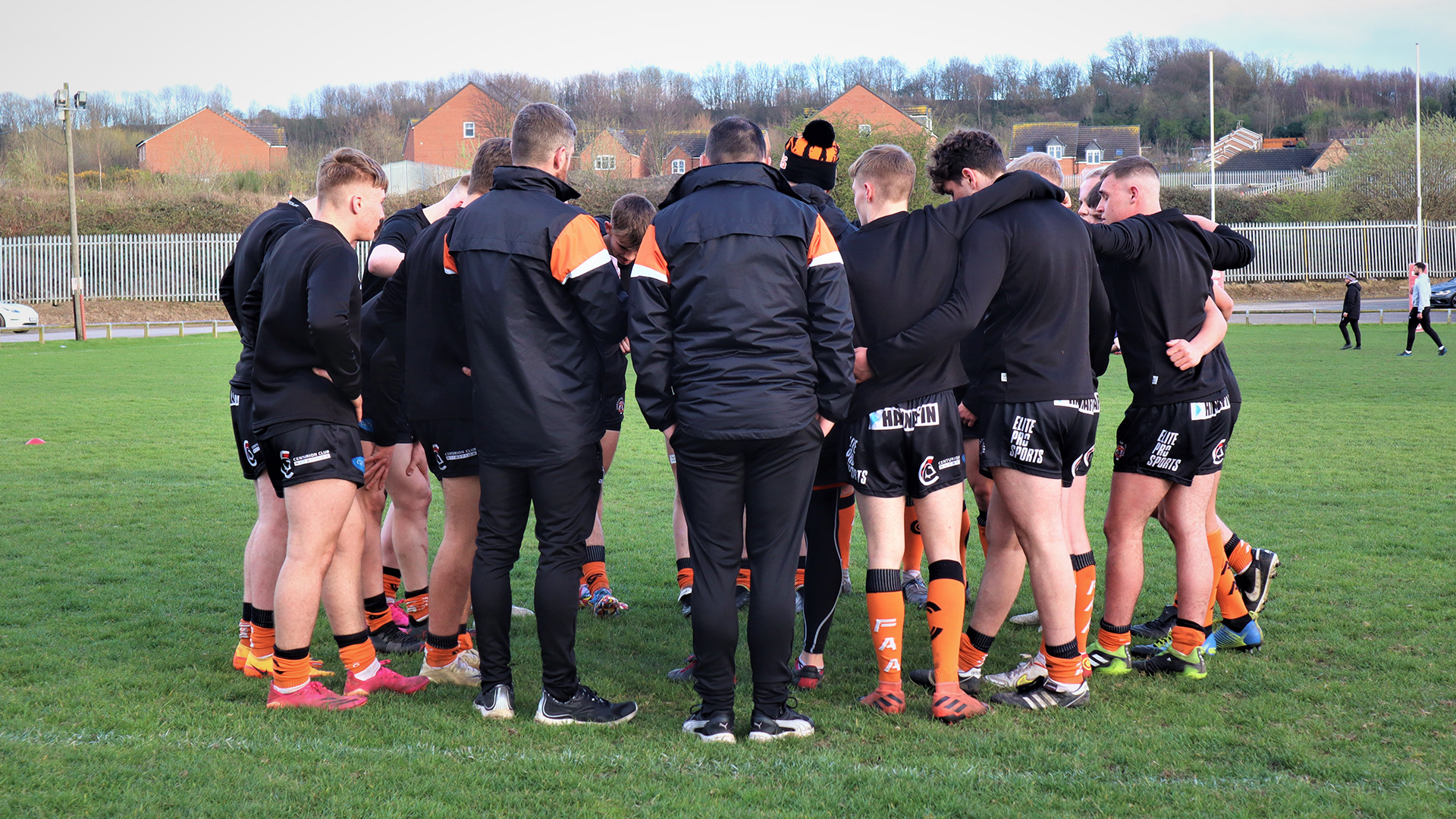 Castleford Tigers’ Scholarship side ran riot at The Mend-A-Hose Jungle on Wednesday night as they came away with an impressive 72-22 win over Newcastle Thunder.

Castleford had the support of a very healthy crowd at Wheldon Road and used that to full affect in the opening 10 minutes. It took just under two minutes to get their opener after some lovely play through the hands to the right as the final pass from Alfie Hawkhead found fullback Fletcher Rooney in space to cross.

The Tigers didn’t rest on their laurels early on as they clinched two quickfire tries before the clock reached double figures. The first of those came after a brilliant break forward from prop Woody Walker before Rooney shifted the play right for Alfie Hawkhead to touch down. Two minutes later they were in again as a burst down the left-hand side opened up the space and an offload to Rooney followed for the #1 to get his second of the night to push Cas 14 points ahead.

Despite being down three scores early on, Thunder then experienced a solid attacking spell. Harry Spedding tried his luck from close in but was stopped short before Elliot Teare was denied near the line by some terrific defensive work from the hosts.

Thunder eventually did break through on the 15-minute mark as a quick pick and go from scrum-half Elijah Delaidriti claimed their maiden try of the game. Dylan Bragg knocked over his first conversion to nudge his side within 8.

The Fords didn’t let their opponents opening try affect them as shortly after they clinched back-to-back tries once again. More brilliant hands from the Tigers took the play right and Hawkhead arrived on the scene and hit a perfect line for the second-row to burst over from 15 metres out. Jack Moxon was the man to score a few minutes later as a long pass wide to the winger allowed him to dive over in the corner for the scores to read 22-6 with 23 minutes gone.

As the game ticked closer to the half an hour mark the Castleford defence had to be alert despite being in control again as some good pressure forced Newcastle into a forward pass as they came forward.

With just seven minutes to go before the half-time hooter, the hosts’ attacking prowess shone through as they helped themselves to another three scores before the break.

The first of those was an outstanding move after a Thunder kick was caught on the full behind the try line. A quick tap and go got the Tigers up the field as they raced forward, and it was Rooney who finished it off for his hat-trick and a try of the season contender.

Not to be outdone by that score, Walker then took it on himself to brush off a couple of tackles in his own half and run in all the way to the line for a breath-taking try and that was followed up by Moxon getting his brace just before half-time for the Fords to lead 38-6 at the interval.

Cas didn’t look like slowing down as they struck twice in the first six minutes of the second half as Rooney dotted down after a great offload from Walker and Alfie Wall sprinted to the corner for his first try of the game to give Cas a 48-6 advantage.

Thunder did get on the scoresheet with 49 minutes played after Ryan Shaw almost made it to the line, a low kick forward on the last allowed Tom Stringer to stretch out and score. Bragg kicked the conversion to nudge his side two points closer.

Castleford’s attacking play was proving too hot to handle however and this time it was Jack Hudson who initially juggled Rooney’s pass before the centre regathered and sprinted over.

Newcastle were a determined side despite being down on the scoreboard and after turning the ball over they were in as Teare barged his way over the line on the left hand side, but once again the visitors were then pegged back.

On the hour it was Liam Firth pulling the strings and passing left to Wall who used his pace to score his second and Sayles did brilliantly to slot his kick from the touchline to give Castleford a 58-16 lead.

The two sides then exchanged scores once again as this time it was Thunder’s turn to cross after the Tigers spilt forward from the kick off and it was Will Bulman who put his head down and smashed over the line.

Castleford were in control as the game entered the final ten minutes and they turned on the style with two scores in two minutes. Interchange Jacob Hall sprinted over after a perfectly timed pass from Jenson Windley before fantastic footwork from Rooney unlocked the door for Mitch Lawson to skid over by the corner post.

The Tigers rounded off a pretty much perfect night in the final seconds as Hudson added another for the Fords’ Scholars to claim their first victory of 2022, winning by 72 points to 22.