Castleford Tigers suffered a 32-22 loss on the road at the DW Stadium to Wigan Warriors in the sixth round of the Betfred Super League on Thursday night. 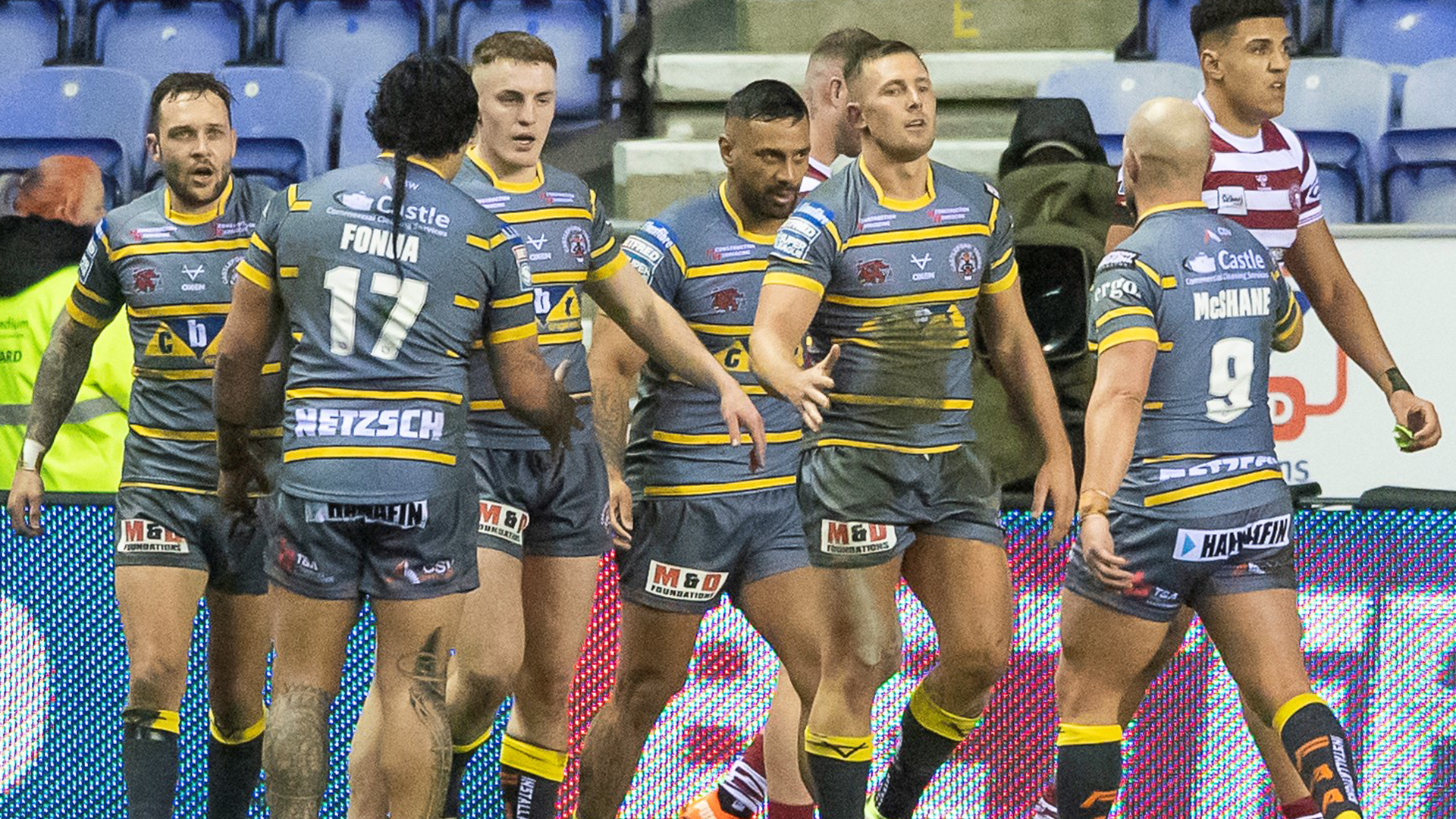 Castleford Tigers fought back in the second half but suffered a 32-22 loss on the road at the DW Stadium to Wigan Warriors in the sixth round of the Betfred Super League on Thursday night.

Head Coach Lee Radford saw two players return from injury in time to face Warriors with Jake Mamo and George Griffin coming back into the starting 13. Second rower Kenny Edwards was also selected to start after coming off the bench last time out to replace Alex Sutcliffe.

Gareth O’Brien got the contest underway at the DW Stadium and after a handling error from Cade Cust an electric 70 metre break down the left from Greg Eden got the visitors within 15 metres of the line. Jake Mamo followed up with a dart but was held up by some good scramble Wigan defence before Warriors were forced into a drop out due to a dangerous high kick from O’Brien.

Castleford kept the pressure high early on and turned the ball over just a few metres from the line after Cheyse Blair swatted the ball free from Liam Marshall’s grasp. Daniel Smith was stopped just short, but the Warriors were penalised for offside and captain Paul McShane decided to go for the posts which Tigers’ #31 O’Brien then duly slotted the penalty.

Wigan fullback Jai Field is in hot form and after a set restart a trademark mazy run gave his side good field position. The hosts then shifted the ball quickly through Thomas Leuluai to Cade Cust and the former NRL man found a perfectly timed pass out to Zak Hardaker who skidded over in the corner. The former Cas player then lined up the conversion, however, he sliced his kick narrowly wide for the scores to read 4-2 13 minutes into the game.

Halfway through the first 40 a brilliant pick up and step from Joe Westerman opened up the field as the loose forward raced towards the 20-metre line. The #13 found Jake Mamo to his right but the centre was tackled short and although Cas were knocking on the door, Wigan’s defence stood strong.

Moments later the home team turned defence into attack as they extended their lead. It was Field again who produced the telling moment as he received Cust’s pass and broke through the line as he cut in away from the Fords’ right edge. The fullback kept his composure, and his pass inside was greatly received by Liam Farrell who ran in unopposed. Hardaker made no mistake from right in front of the posts to add the two posts.

Castleford looked to respond and were provided an opportunity after the ball was ripped from the arms of Kai Pearce-Paul 40 metres from the Wigan try line. Mahe Fonua threatened down the left before handing the ball to Eden who unfortunately passed forward to Smith just over 5 metres out.

The Tigers kept coming and almost unlocked the Warriors defence again and it was Eden who not for the first time stepped on the after burners out wide, but Mamo found the winger’s pass too hot to handle.

Cas then forced Wigan into two drop outs in quick succession after devilish kicks from the boot of Trueman and O’Brien before the Tigers were rewarded for their attacking pressure. Westerman took the play left and Trueman stepped inside and fired out a terrific pass to Eden who dived over the line by the corner posts, his fifth try in three games. O’Brien was tasked with a difficult conversion attempt and the fullback placed his kick just wide from the touchline.

The half ended with Fonua picking up a yellow card after referee Chris Kendall adjudged that the centre’s tackle on Field was too late for his liking, despite it looking like a perfectly legitimate challenge, as Wigan took a 10-6 lead into the sheds. 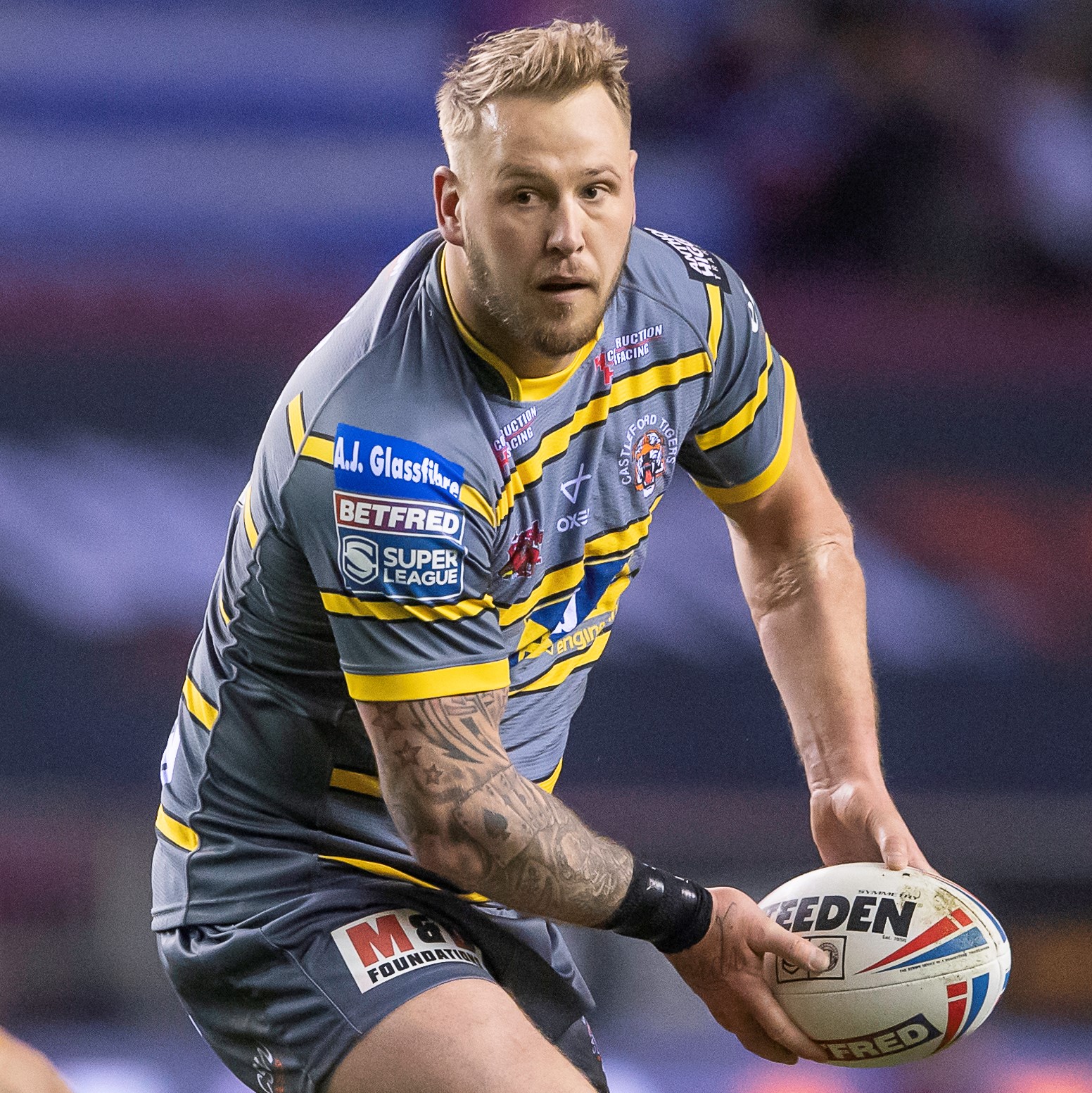 The Warriors made the most of their man advantage four minutes into the second half and it was a well-timed short ball from Oliver Partington which put Ethan Havard through from close in. Hardaker had the simple task of knocking over the two points and extend Wigan’s lead to a ten-point advantage.

The Tigers were missing Fonua’s presence in defence as the cherry and whites notched a second try in as many minutes. Field showed why he is rated as one of the quickest and most dangerous backs in the league as he collected an O’Brien kick and stepped in between Kenny Edwards and Suaia Matagi to race in. Hardaker booted the ball between the sticks to further his team’s advantage.

56 minutes in and Wigan were stamping their authority on the match. Havard went close to barging over for his second before the ball was recycled and after doing well to catch the ball by his ankles, Cust placed a short pass into the arms of Marshall who managed to get the ball down despite pressure from Mamo. Hardaker then added the extras.

Cas then elected to go short with their kick off and it turned out to be affective with Westerman gathering the ball. After going through the phases Paul McShane put the ball into the hands of Griffin who twisted his way to the line and planted the ball down. O’Brien was successful with his conversion to keep the Tigers in the game with just over 20 to play.

The Fords were showing their resolve and got within 10 points of the Warriors with around 15 minutes remaining. Interchange Bureta Faraimo almost made his way to the line out wide but was forced out of play, however, the winger passed the ball inside before going into touch which came off Field for Cas to have the scrum. McShane played right to O’Brien who turned the ball back inside to meet Trueman’s run and the halfback held off his defender to score. O’Brien converted to inch Castleford closer.

Just three minutes later and the almost impossible comeback looked a possibility. Some fancy footwork from Edwards dazzled the Wigan defence before the second row found a pass to Eden who broke the line. The winger aimed his pass towards George Lawler, but it fell behind the hooker, although Mamo was in the right place to pick up and race to the corner to claim his first try in Cas colours. O’Brien couldn’t make the conversion with Cas only trailing by just six. 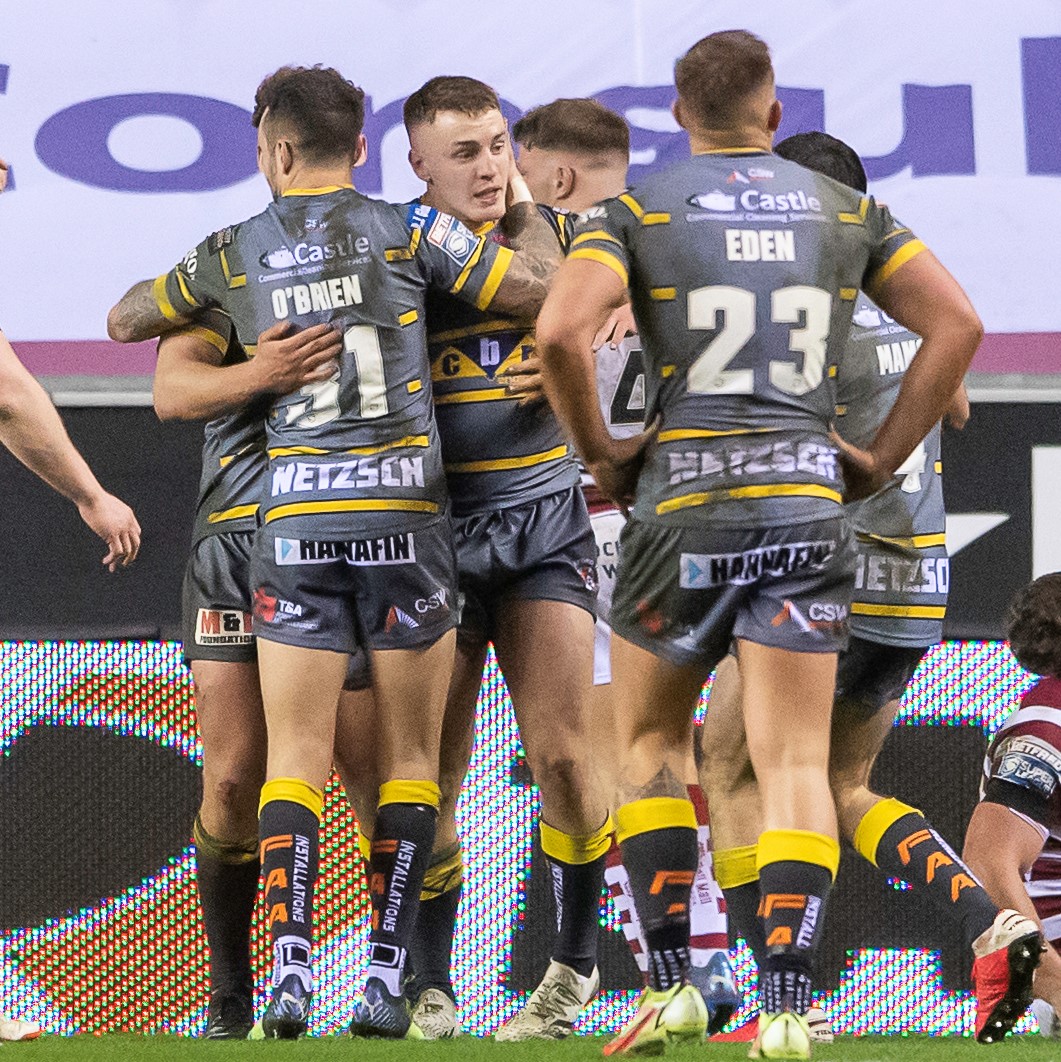 After doing brilliantly to drag themselves back into the contest, Cas’ task was made more difficult when substitute Brad Martin was shown a red card for a high hit on Willie Isa. Wigan decided to go for goal and Hardaker knocked over the penalty to give them a 30-22 lead with seven minutes left.

Just moments later the hosts were awarded another penalty due to Harry Smith’s kick on the last being patted forward by Fonua and caught by Trueman. Hardaker was again on target and the contest finished in a 32-22 away loss for the Tigers.