Huddersfield loss for the Tigers

Castleford Tigers produced a spirited fightback in the second-half but fell to a 36-24 defeat at Huddersfield Giants on Saturday afternoon. 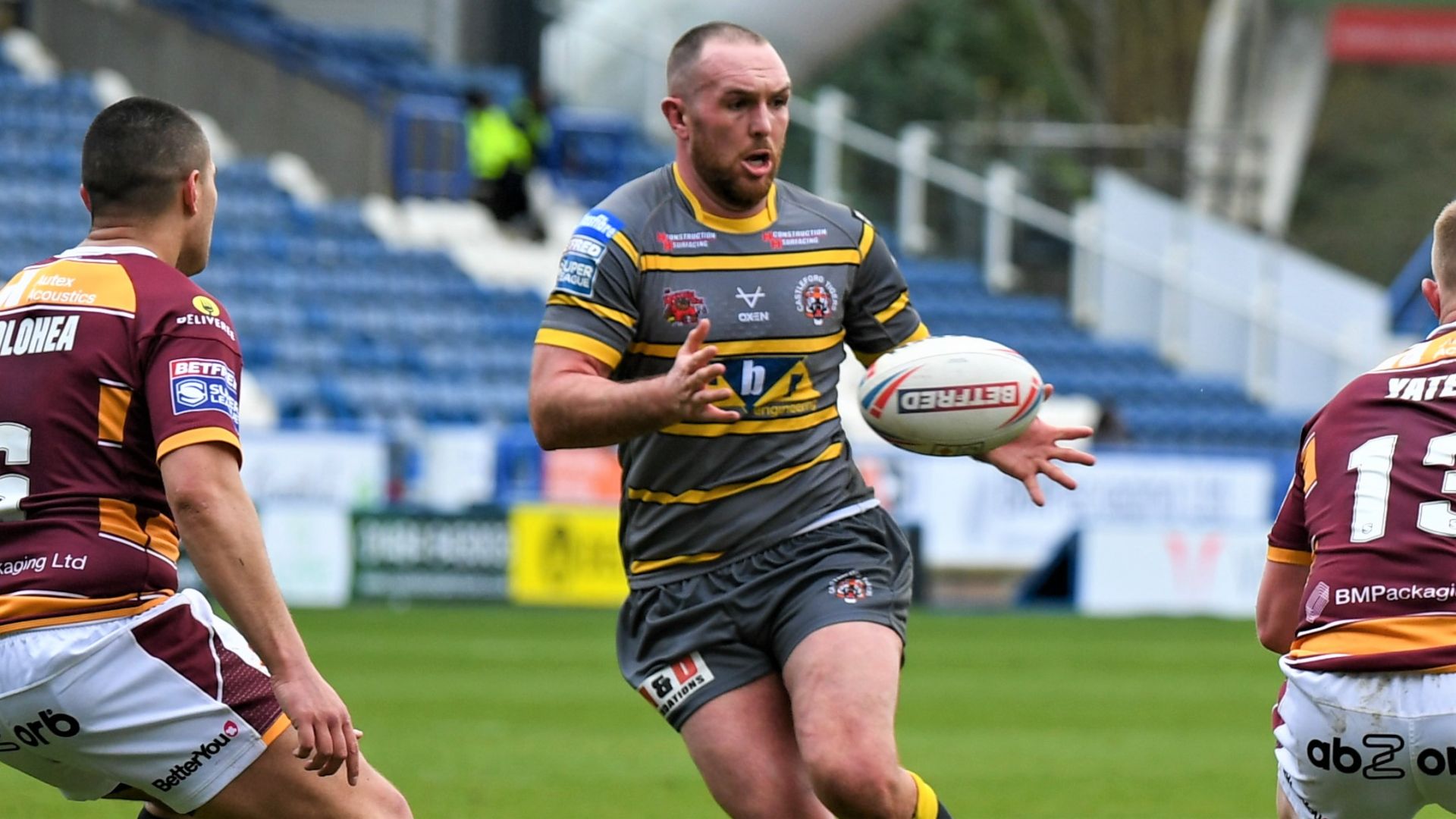 Castleford Tigers produced a spirited fightback in the second-half but fell to a 36-24 defeat at Huddersfield Giants on Saturday afternoon.

After last weekend’s maiden victory of the season, Head Coach Lee Radford decided not to tinker with a winning side as he selected the same starting 13. The Tigers’ bench had a stronger look to it as Kenny Edwards was deemed fit enough to return from injury to face his former side and Liam Watts came back into the fold after serving a one-match ban.

Giants got the contest underway at a chilly John Smith’s Stadium and a good shot from George Lawler on halfway dislodged the ball from Ricky Leutele’s grasp which gave Cas their first opening of the game. The visitors took the play to the right edge through Mahe Fonua, although unfortunately for Cas, the centre was forced out of play five metres from the line.

The Tigers were looking the more threatening side in the opening exchanges as on five minutes a perfectly timed short ball from Joe Westerman to Daniel Smith allowed the prop to break through the line. Castleford’s #22 was eventually brought down around eight metres out before Paul McShane dinked a delicate chip over to the far corner, but Leutele was equal to it.

After absorbing the Tigers’ opening pressure, it was Huddersfield who took the lead eight minutes in. Suaia Matagi was punished for a high tackle in the middle of the park and Cas paid the price as Giants forward Owen Trout juked his way over and the try was given after a lengthy look from the video referee. Will Pryce was successful with the first conversion of the afternoon.

Huddersfield were using their momentum to full affect as they kept the Tigers under the pump. Last week’s hat-trick man Greg Eden had to scurry back to fetch a Lolohea kick which forced a goal line drop out. The Cas scramble defence looked to have done enough from the following set, however, a high boot on the last was collected by Chris McQueen and the second rower handed the ball to Luke Yates just a couple of metres out to cross. Pryce made it two from two to push his side 12 points ahead with 15 minutes gone.

Another penalty awarded against the Tigers saw them defending their try line just minutes later. Lolohea elected to kick on the final tackle five metres from the Cas line, Leroy Cudjoe almost got to it, but Eden’s presence was enough to force the Giants centre into knocking the ball on.

Castleford looked to respond just over halfway through the opening 40 and after a Gareth O’Brien pass out wide was tipped forward by Jermaine McGillvary 20 metres out, the Tigers had a scrum in Giants territory. Westerman and Lawler dragged the Fords closer to the line, but Huddersfield’s defence stood firm.

The Tigers found themselves down to 12 men after Jake Trueman was shown a yellow card for pulling back McQueen who was chasing a dangerous grubber kick forward. Huddersfield took the opportunity to go for the posts and Pryce was on hand to slot the penalty. 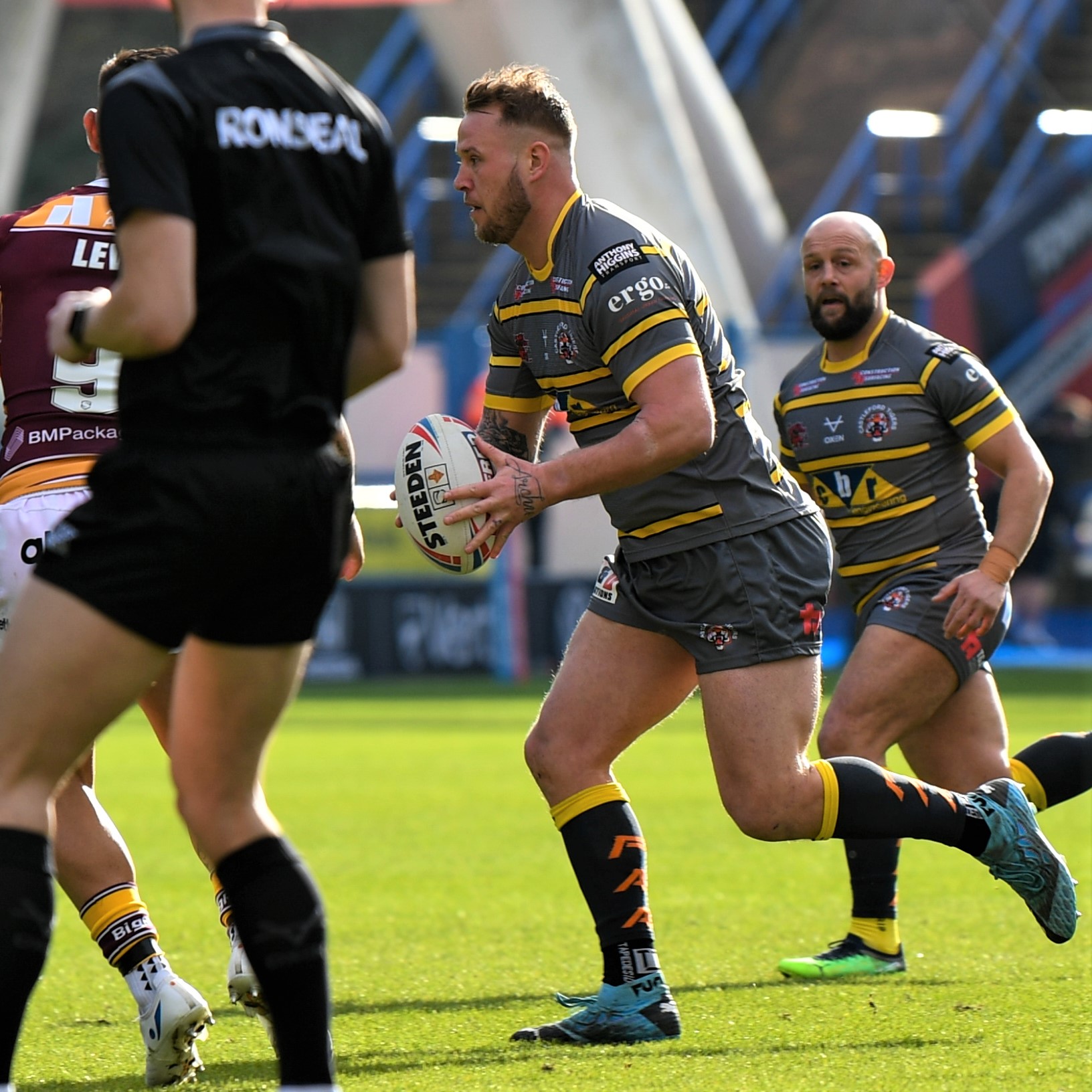 Giants made the most of their player advantage as they put the ball through the hands quickly over to the right-hand side and Cudjoe’s pass wide gave McGillvary the space he needed to dive over in the corner. Pryce sliced his kick wide from the touchline for the scoreboard to read 18-0.

Both sides were down to 12 in the closing stages of the first half as Danny Levi was sent to the sin bin for a late challenge on Westerman as the first half ended with the hosts earning an 18-point advantage.

Castleford knew they had to start the second half brightly and they did just that two minutes in. A fantastic burst through the line from Watts opened up the field and the prop kept his composure to pass inside to Trueman who ran in from 15 metres. O’Brien was pinpoint with his conversion to put the wind in the Tigers’ sails.

Cas kept the tempo high and forced a drop out after a good chase from Fonua and Olpherts on the right after Trueman’s boot. Moments later a shot on Fonua was penalised and Castleford capitalised in clinical fashion as the #17 scooted low from short range to smuggle the ball over. O’Brien kept his 100 percent record from the tee as he connected with his conversion perfectly to force the Tigers within six points of the lead.

Cas’ second half momentum was added to as referee James Child showed the Giants another yellow, this time to McGillvary for a late hit on O’Brien. The visitors then made it three tries unanswered with a beautiful move ending in O’Brien passing wide to Eden for the winger to skid over by the corner post. O’Brien did incredibly well to convert from right on the whitewash to level the game at 18 apiece and complete the comeback.

This Tigers attacking spell was too much for the Huddersfield defence to handle and moments later, it was that man Eden again who provided the magic. Cas’ #23 stepped and got on the outside of his man down the left and provided the perfect pass to Trueman for the halfback to notch his brace and send the travelling crowd into raptures. O’Brien made no mistake to add the two points and give his side a 18-24 lead with 20 minutes remaining.

Just two minutes later it was Castleford’s turn to be shown another yellow as Lawler was penalised following a poor tackle. Huddersfield took advantage of that decision and attacked the left edge for Leutele to score. Pryce converted from out wide to level the contest and set up a frantic final 15 minutes.

The momentum of the game had switched to favour the Giants as they retook the lead after a six again call near the line gave them a solid attacking base. The hosts saw they had numbers on the left and shifted the play to Leutele who crossed for his second of the day. Pryce’s kick was good again from the touchline for the Giants to take a 30-24 lead in the closing stages. 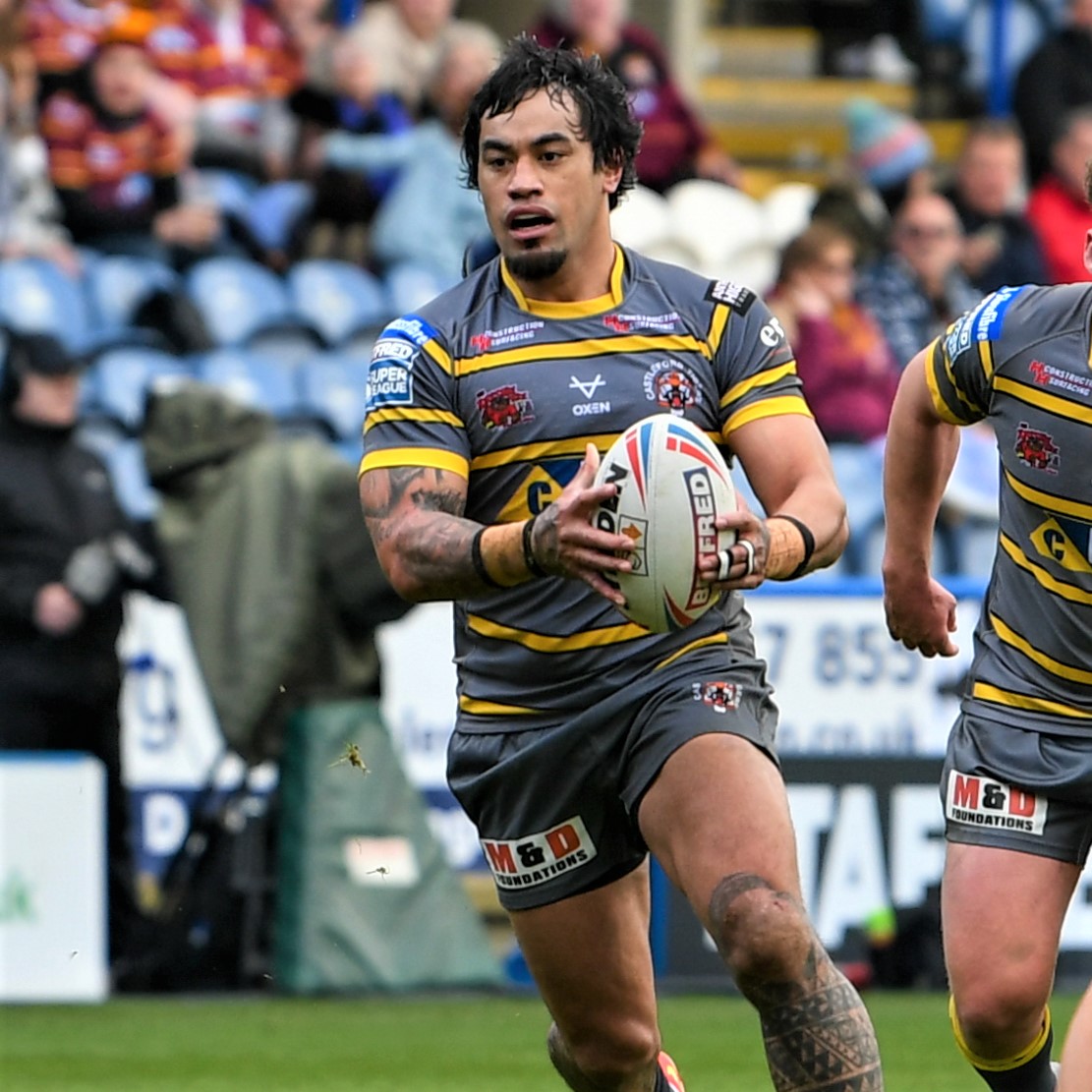 With two minutes to go Huddersfield scored the match clinching try and it was that left edge which was fruitful once again. Leutele showed his strength to hold off a couple of defenders to complete his hat-trick and Pryce converted for the fixture to end in a 36-24 defeat for the Tigers