Castleford Tigers had a disappointing night at Sewell Group Craven Park as they were beaten 26-10 by Hull KR on Friday night. 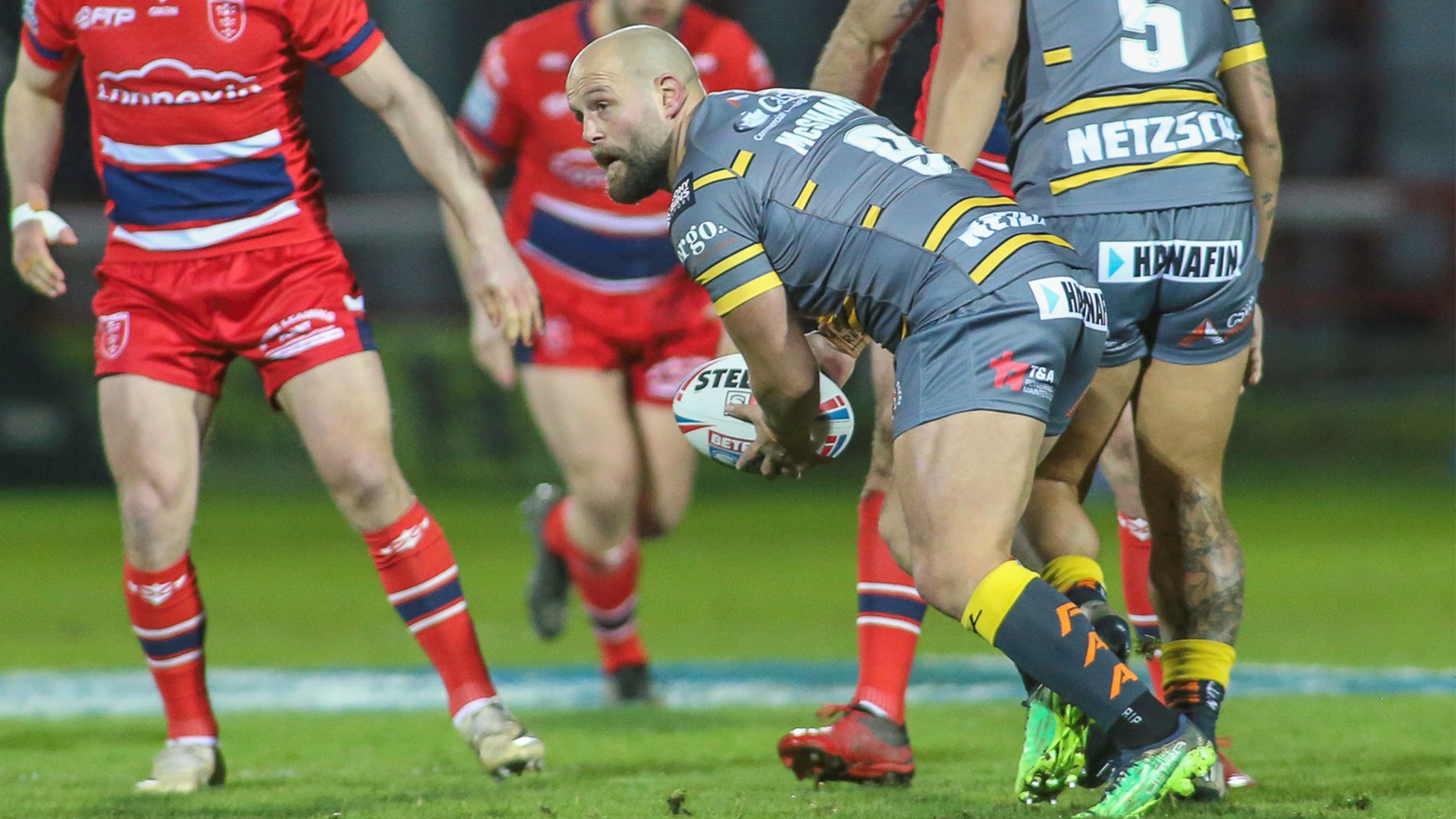 Castleford Tigers had a disappointing night at Sewell Group Craven Park as they were beaten 26-10 by Hull KR on Friday night.

Head Coach Lee Radford made four changes to the starting 13 that faced Warrington Wolves last time out. Nathan Massey made his first Super League appearance of 2022 with Jordan Turner, Cheyse Blair and George Griffin all coming into the line-up.

Gareth O’Brien booted the ball high into the chilly Hull night sky to get the contest underway and the teams traded sets until a knock on from the Robins 30 metres out presented Cas with an opportunity at the line. A couple of solid carries from both Joe Westerman and Griffin got the visitors within a couple of metres, however, the set ended with Gareth O’Brien’s kick being too heavy and bouncing out of play.

The game had suddenly caught fire just under 10 minutes in and this time it was KR who had the ball in a strong position after Cas were penalised for getting out of the tackle too slowly. The hosts went through the forwards but couldn’t make the most of it as a good hit from O’Brien dislodged the ball from the grasp of Kane Linnett.

After Massey was adjudged to have lost the ball in the tackle around quarter of an hour gone, Rovers experienced a strong spell inside the Castleford half, although unfortunately for the home support they couldn’t capitalise.

On 17 minutes Lee Radford’s side were down to 12 men after winger Bureta Faraimo accidently collided with Will Dagger after the full-back collected a kick, although Liam Moore sent the #5 to the sin bin.

Hull KR made the most of their man advantage 22 minutes in as they attacked Castleford’s left edge and it was Robins captain Shaun Kenny-Dowall who cut in to score the opening try of the clash. Jordan Abdull couldn’t convert from the tee, but Castleford’s first half frustration grew further as Liam Watts was shown a yellow for a late hit in the build-up.

The game entered a scrappy phase with both sides making handling errors, although Castleford stood firm defensively despite being a couple of men down.

Eight minutes before the break the Tigers were rewarded for their defensive efforts when they took the lead through Turner. The centre approached perfectly onto a short ball and powered over to score the 100th Betfred Super League try of his career. O’Brien lined up the kick and made no mistake to push his side ahead.

Cas couldn’t keep hold of their lead before the break however, as just before half-time Hull KR were given a penalty 20 metres out and put the ball through the hands effectively for Sam Wood to cross acrobatically in the corner. Abdull missed his second conversion of the night for the scores to read 8-6 as the players went into the sheds. 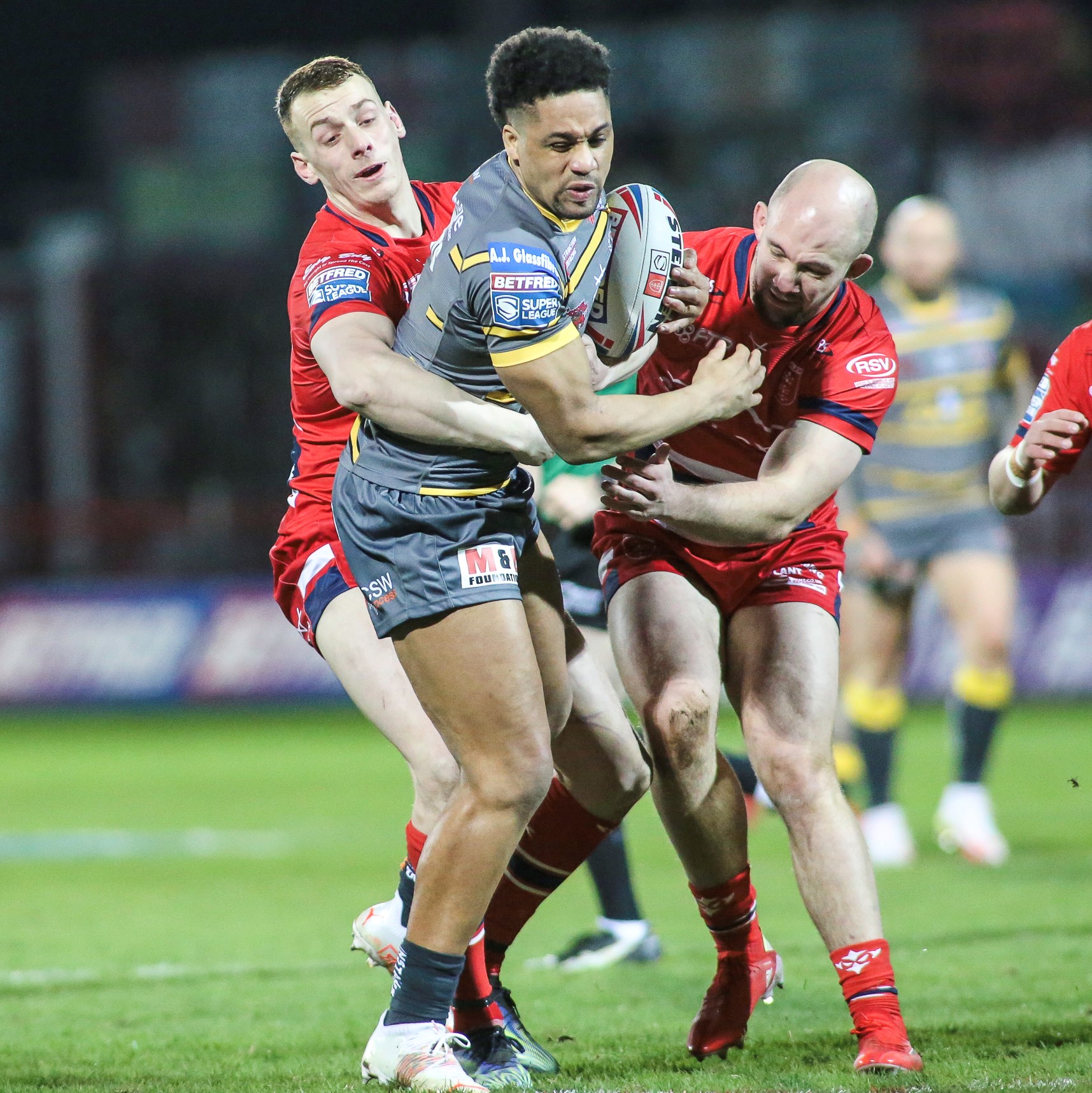 The second half began with a Tigers attack after Ryan Hall found the ball too hot to handle from an O’Brien high boot. Blair was there to collect the ball 15 metres from the line, it was shifted to the left to Alex Sutcliffe who attempted to power over, although the referee blew his whistle for obstruction during the play.

Rovers probed soon after with Mikey Lewis breaking through the middle on a scoot and the Robins then forced Cas to drop out. The following set finished in a scrappy manner with Kenny-Dowall kicking on the final tackle but Faraimo was equal to the high ball.

Eleven minutes into the second half and the Robins pushed further ahead. KR were deep into Tigers territory and were aided by a knock on under 20 metres out and it was Wood again who skidded over in the corner and managed to get the ball down under pressure from Derrell Olpherts. Abdull was accurate with his conversion to notch his first two pointer of the game.

The Robins kept up the intensity as they searched to extend their advantage even further as they shifted the play left to Hall on the far side but the winger was stopped by some good covering defence.

With just over 15 minutes of the contest remaining, KR got the match clinching try courtesy of a Lewis run which unlocked the Cas defence and the stand off kept his composure to pass inside to Matt Parcell who ran in. Abdull kicked his second conversion to push his side into a 20-6 lead.

The wind was in the sails of the home side as they went over again with Brad Takairangi stepping away from his defender to barge across the line. Abdull was accurate again with his kick.

Castleford did get on the scoresheet in the second half after a penalty inside the KR half was pounced upon with Niall Evalds picking a perfectly timed pass out to Faraimo who manged to keep himself inside the line to score by the corner flag. O’Brien couldn’t make his conversion and the match finished in a 26-10 defeat for the Castleford Tigers.