Radford on pre-season so far

As we head into the new year, Castleford Tigers are seven weeks into pre-season and Head Coach Lee Radford has been impressed with the entire First Team group’s determination and drive. 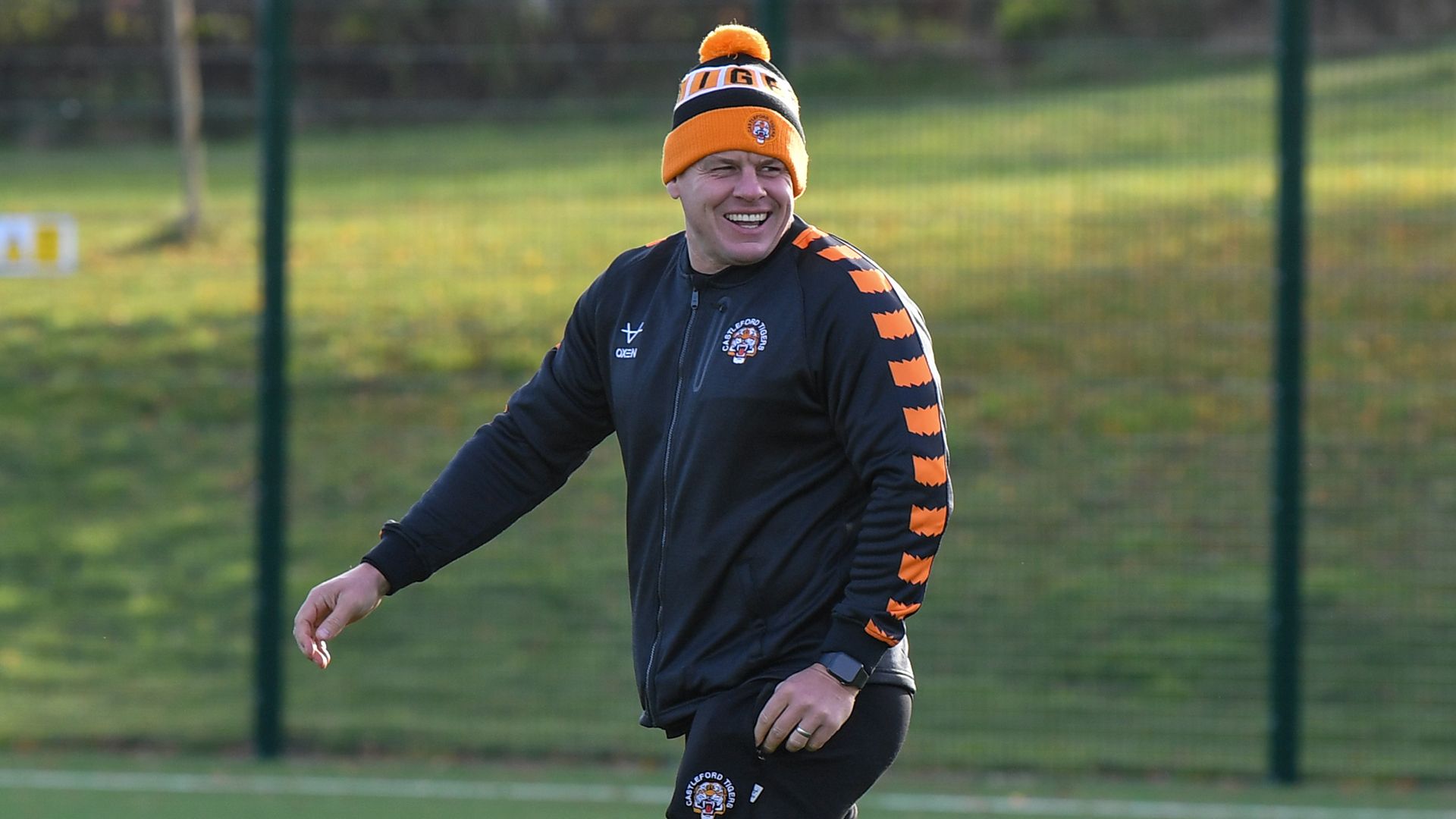 Rugby league fans will know all the cliches for this time of year, the harsh winter months, the hill sessions, and that old saying ‘this is where the hard work is put in'.

It has been an incredibly important period for the Tigers though as they embark on the #NewCasEra!

“It’s been good, pre-season is obviously preparation for the season ahead and to date it has gone well,” Radford told castlefordtigers.com

“There’s still plenty of stuff to iron out but how the lads have applied themselves I’ve been really impressed, and hopefully we kick it up and step it up again when we come back after Christmas.

“The skillset amongst the players across the board has been really high, they’ve been good in general with their attitude and eagerness when coming into training. It has been a real ‘under the radar’ build-up to the start of the campaign.” 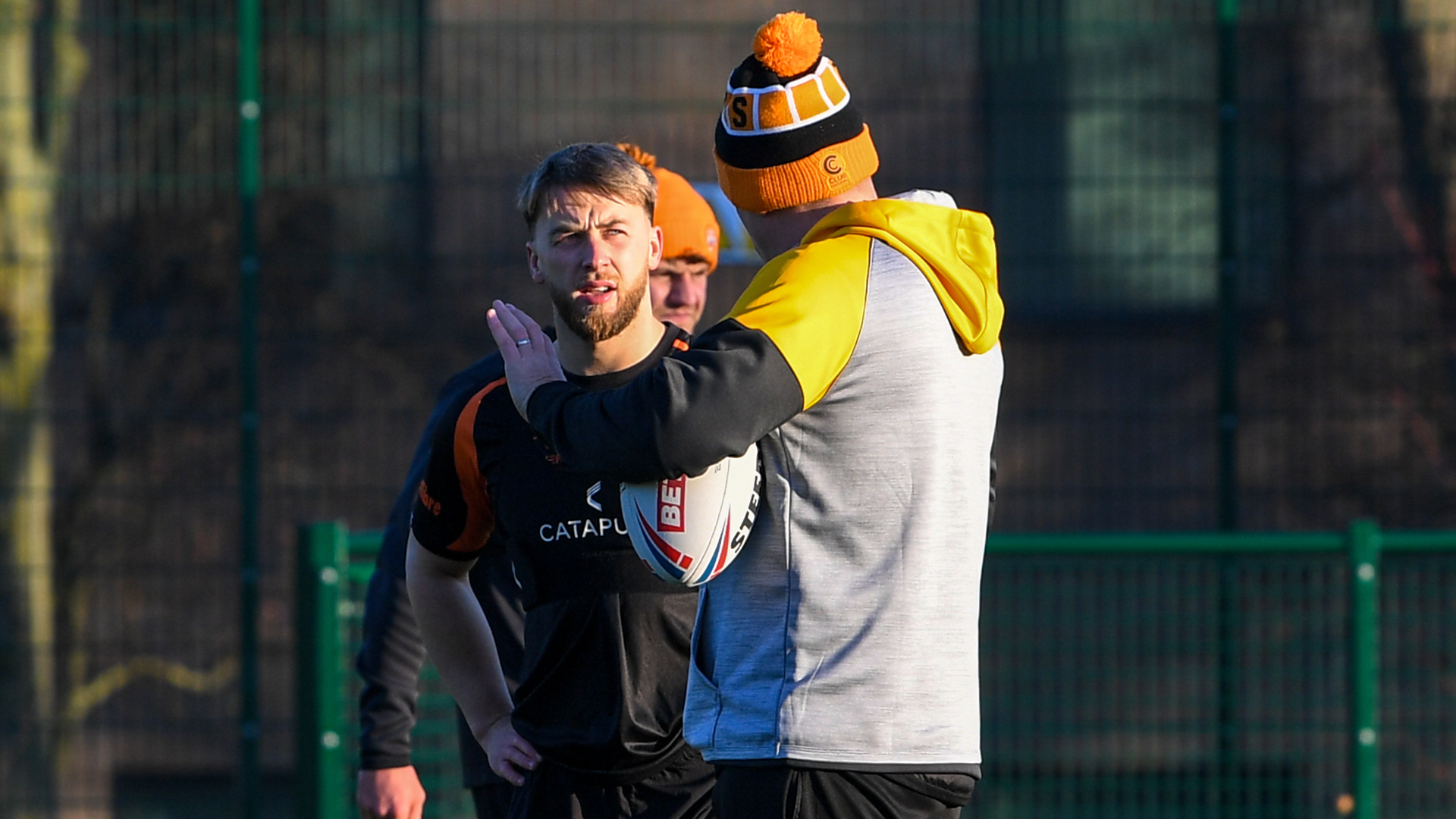 The 42-year-old has a decorated playing career with both Hull FC and Bradford Bulls, so he knows just how tough the November/December months are for players as they gear up for the challenges ahead. But now as a coach, it is different for Radford.

“It’s fantastic as a coach! The only challenge as a coach is if you are snowed or rained off, but as a player, it is torturous this time of year and at this point now you cannot wait to start playing games after Christmas. As a coach, you feel you can get on with your coaching and teaching with no pressure of a win or a loss, no upsetting anyone in terms of team selection.”

The Tigers have spent the majority of their time split between the facilities at The Mend-A-Hose Jungle and on the 4G surface at Aspire @ The Park next to Pontefract Racecourse, a site which has been fantastic for the Fords.

“We made a conscious decision to stay on the 4G up until the start of the season. Speaking to the medical team and the S&C they are over the moon with that, and from a skillset perspective it is good and our tempo of what we are doing is high because of the surroundings. Aspire have been really accommodating and hopefully, the players have really enjoyed it as well.”

Castleford fans will have seen across the club’s social media platforms and on Tigers TV small glimpses of the sessions at Aspire and Radford’s coaching staff hard at work. With a number of new coaches joining those already with Cas, Lee praises his staff for their efforts so far.

“The chemistry of the staff is really good, the people I’ve worked with previously know what we’re about and you know what they are about too. The people that have been here a while, they’ve been really helpful in guiding us on what we needed to change and what we can change.”

However, Radford does admit that Andy Last is often the fall guy of the coaches’ jokes and jibes.

“Yes, but deservedly. I think that is the role he plays within the group – he brings it on himself - the victim!” 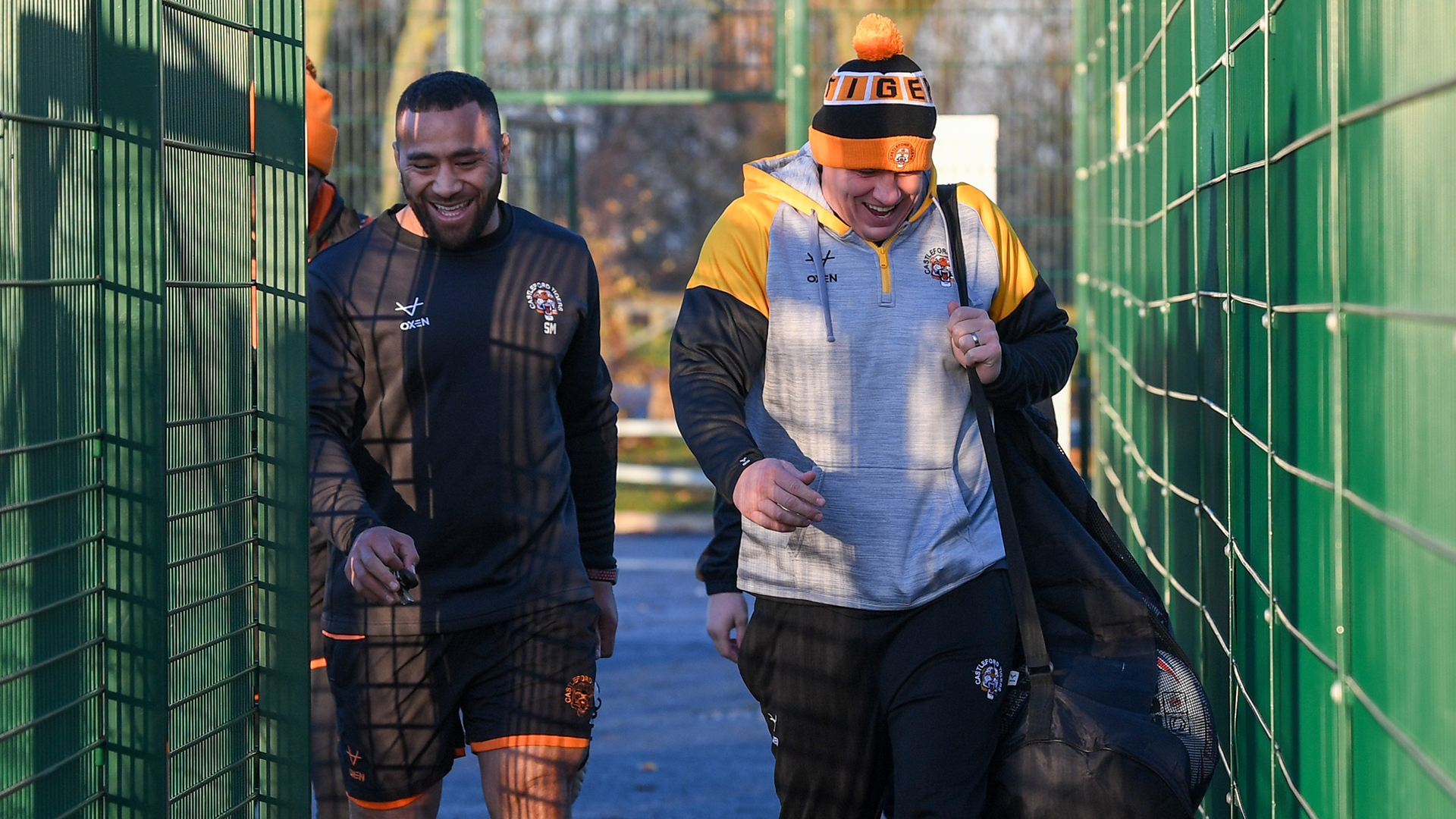 As pre-season has stepped up in intensity with different working sessions, Radford has remained impressed with the group as a whole and their energy to train hard.

“I honestly think as a group they’ve gone really well; I think what has happened is over the last couple of weeks as we’ve gone into more football stuff the gap has probably grown a little, you can see some of the difference in players.

“As a coach, that is then for us to put some programmes in place to try and make that gap smaller. But like I said they all bring the main ingredients which is their energy, they’re bouncing in a morning and that gives you something to work for every day.”

Castleford Tigers will have a new club captain for the first time since 2013 following the retirement of modern-day legend Michael Shenton at the end of last season.

Lee was keen when he first started as Head Coach to see who the leaders within the squad would be and has now formed a senior player group.

“It’s not just their leadership skills, but their communications skills are really high as well, that has surprised me a little bit, one or two who stepped up in that department and one or two who is maybe quieter than I thought. The group itself is an old side, the average age of the side is not young, so there is plenty of experience and plenty of games under their belts.”

It is an exciting start to Betfred Super League 2022 for the Tigers, first up a home match against Salford Red Devils and over 3,000 Cas fans have already signed up as Members to see every home game of the campaign.

“I was unaware of the numbers from last year and the year before but coming here as an away coach and as an away player, the atmosphere and the vocality of the fans is something that stands out. It’s something that we want to build on and continue moving forward definitely.”

First up however are the Fords’ pre-season friendlies, both are away days with York City Knights up first on Sunday, 16th January and then Doncaster on Sunday 23rd January.

“We are limited in terms of fixtures, so we’ll be going strong on both fixtures.

“The grounds in which we’ll be playing are fantastic surfaces and good stadiums and I’m really looking forward to them. I’m sure those games will throw some questions up to us as a coaching staff, and something else or a direction to work on for the remainder of pre-season.”

Finally, in closing, Radford wished Castleford Tigers supports well for the festive period but admitted he is not one for this time of year.

“I’m a Grinch. Genuinely a Grinch – I do not enjoy Christmas for some reason, I see it as getting in the way of training unfortunately and my wife and kids will vouch for that!”

Don’t worry Lee, you are back in working with the players soon enough preparing for what promises to be an exciting 2022 campaign in the #NewCasEra. 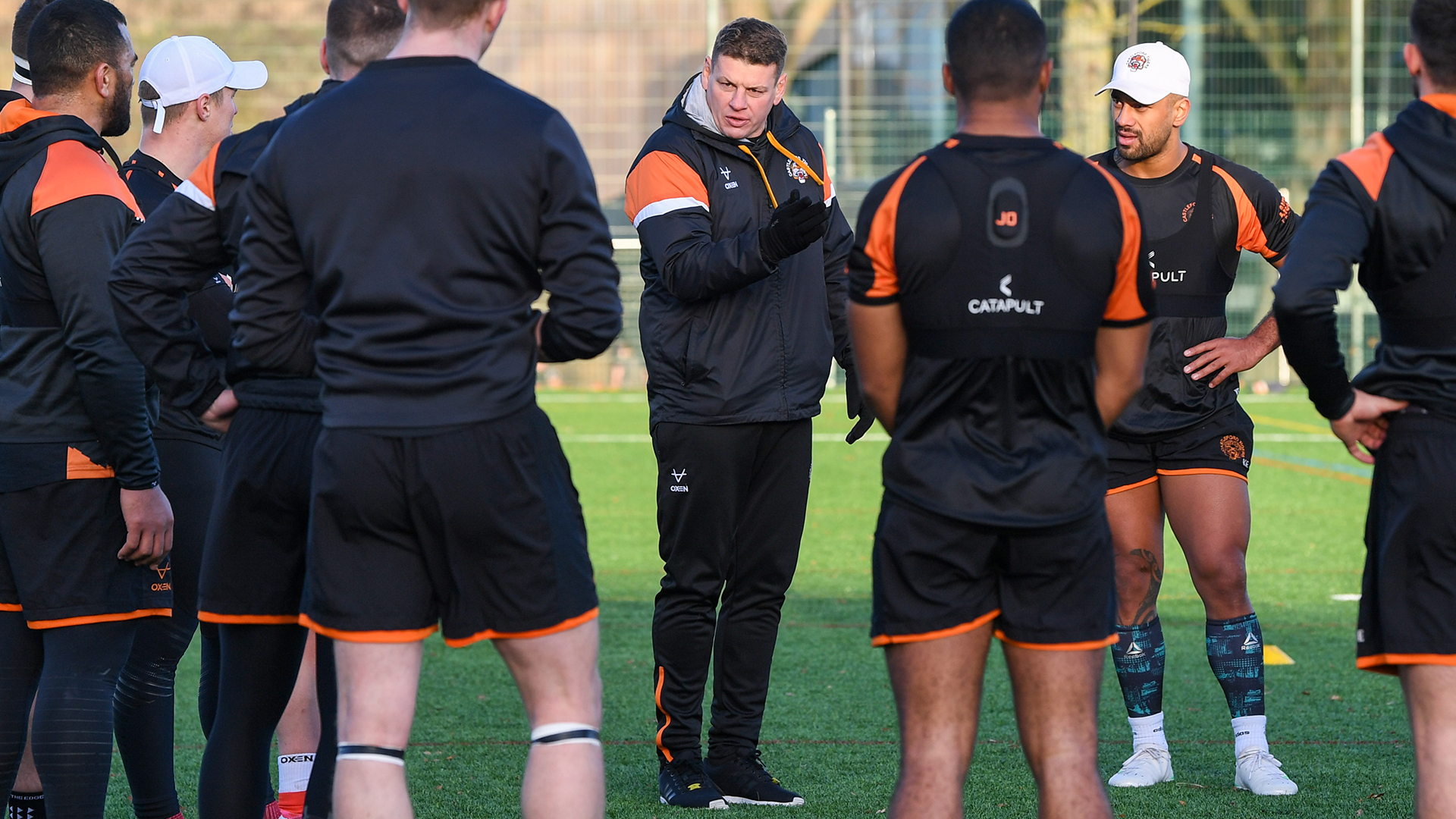 Be a part of the #NewCasEra by heading online to castlefordtigers.com/tickets

Need further details or got a question about Memberships?

Find out everything you need to know by visiting castlefordtigers.com/2022