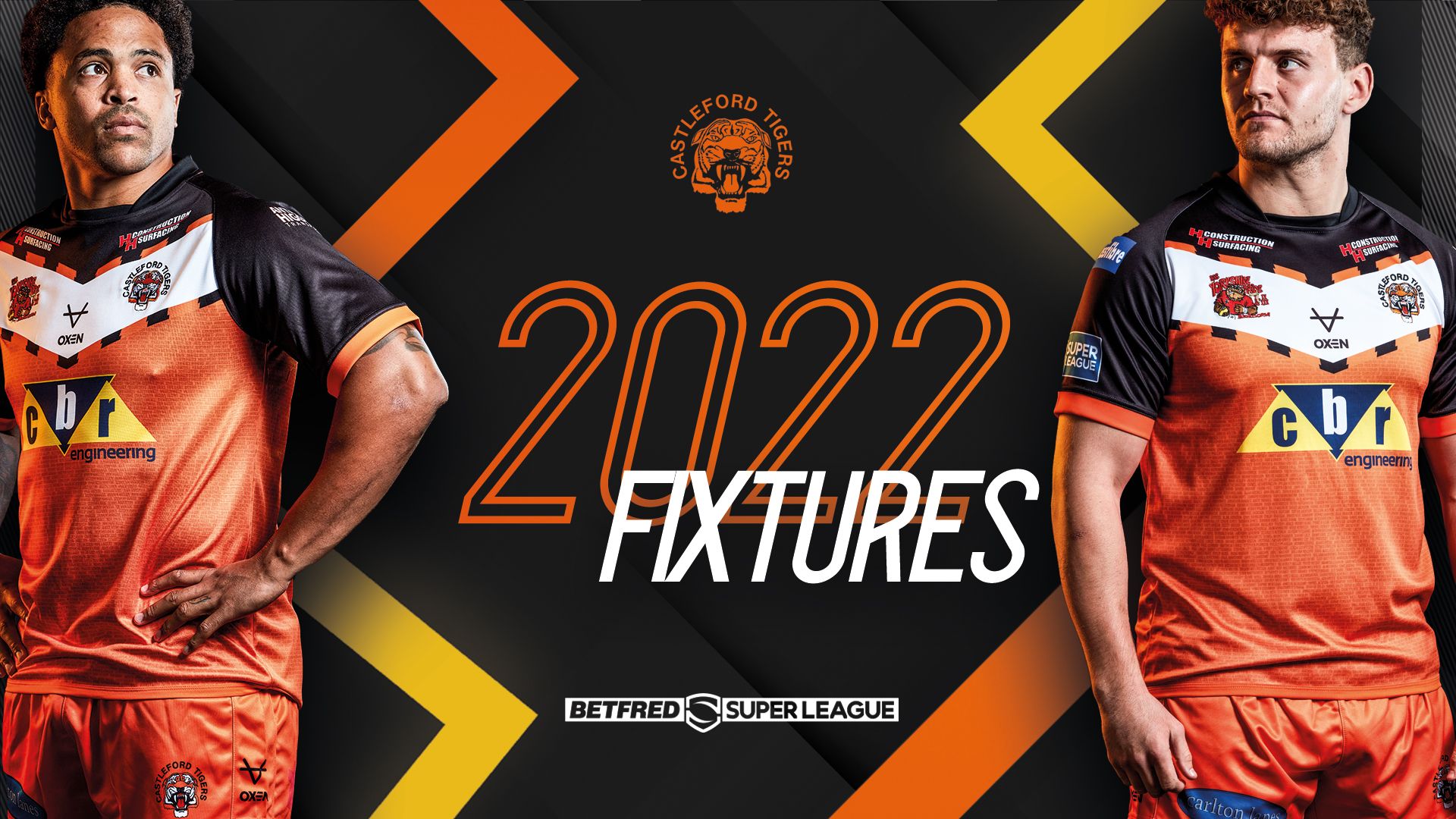 Lee Radford’s first season in charge of the Tigers begins at home, at The Mend-A-Hose Jungle, against Salford Red Devils on Friday, 11th February. It will be both Radford and Salford Head Coach Paul Rowley’s first competitive matches in charge of their sides, and both will be keen to get off to a winning start.

The Fords’ first away trip of the season will be broadcast live on Sky Sports as Castleford take on Warrington Wolves on Thursday, 17th February, in what will be Daryl Powell’s first home match in charge of his new side.

A first-ever league meeting against Toulouse Olympique awaits on Friday, 1st April at Wheldon Road following the French side’s promotion to the top-flight, and Castleford’s maiden visit to Toulouse’s home ground the Stade Ernest Wallon will be on Sunday, 12th June.

The traditional double-header Easter weekend returns with two big games in the space of four days. Rivals Round kicks off proceedings with the Tigers travelling nine miles over to Wakefield Trinity on Thursday 14th April, and then a home Bank Holiday Monday clash on the 18th against Leeds Rhinos.

Just before Magic Weekend, Castleford will have back-to-back home games against Catalans Dragons and Huddersfield Giants on Sunday, 26th June and Friday, 1st July respectively. Magic Weekend returns to Newcastle’s St James’ Park and Cas will close out day one of the event against Leeds Rhinos on Saturday, 9th July.

The Tigers' last regular home match of the 2022 season will be against Salford Red Devils on Summer Bank Holiday Monday, 29th August, before the final game before the play-offs begin will be away at Leeds Rhinos on Saturday, 3rd September.

The regular season will see each team will play 27 fixtures – 13 home and 13 away, plus Magic Weekend at St James’ Park.

The end of season Play-Off series will again see the top six ranked teams battle it out to reach Old Trafford. The top two teams at the end of the regular season will be just 80mins from the Grand Final and receive a bye in week 1 before facing the winners from third versus sixth and fourth versus fifth.

Over 2,300 Castleford supporters have already signed up to be part of the club’s #NewCasEra – gaining access to FIVE Tigers teams matches played at The Jungle.

Join us, secure your 2022 Membership today, and spread the cost with CAS FOREVER by visiting castlefordtigers.com/tickets 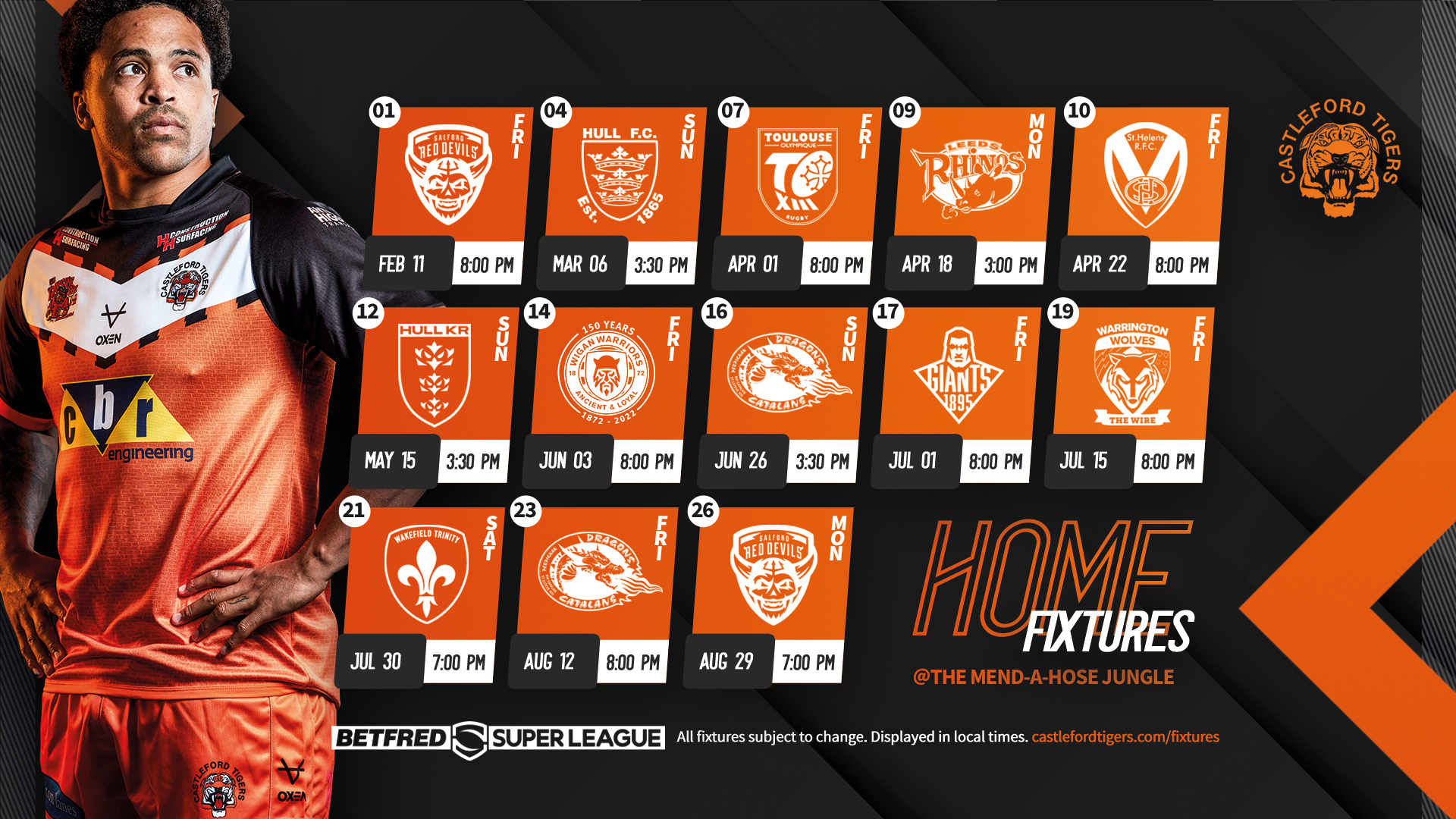 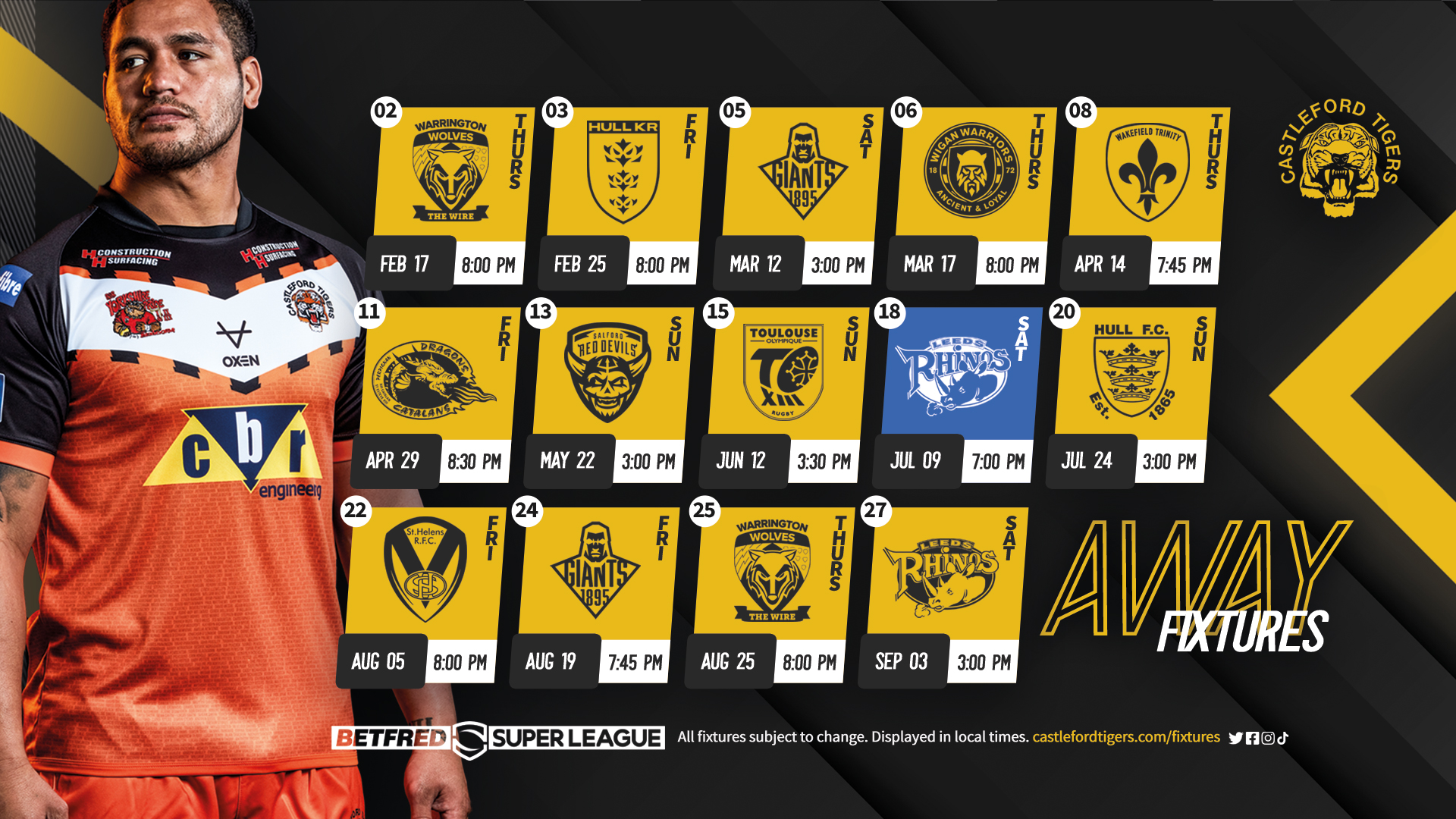 *All fixtures can be subject to change.
** Times displayed are local time for all fixtures above. 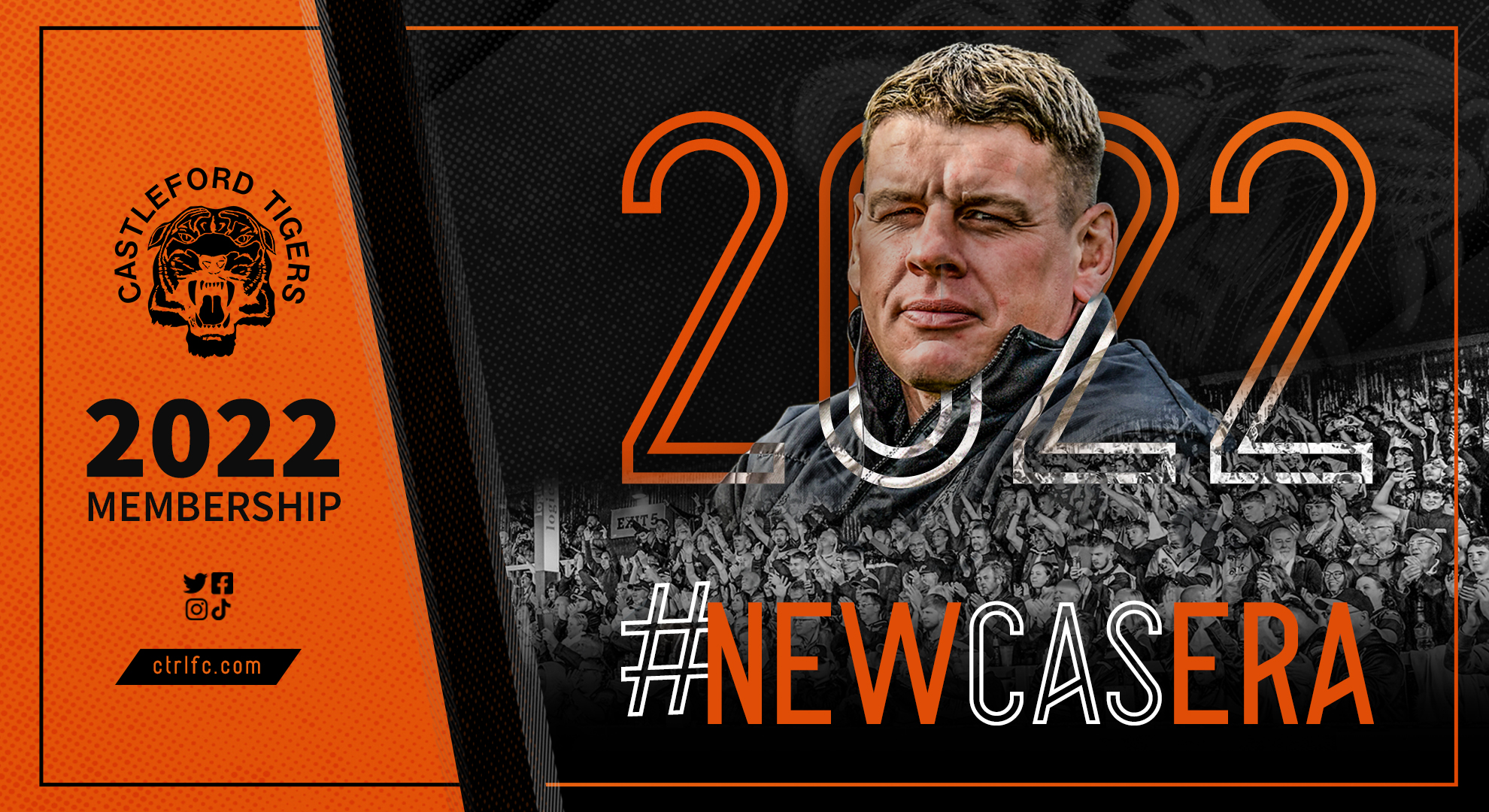