Tigers Academy star Alfie Dean looks ahead to Saturday's game against Wigan as well as reviewing the year so far and reflects on representing Yorkshire at Academy Origin. 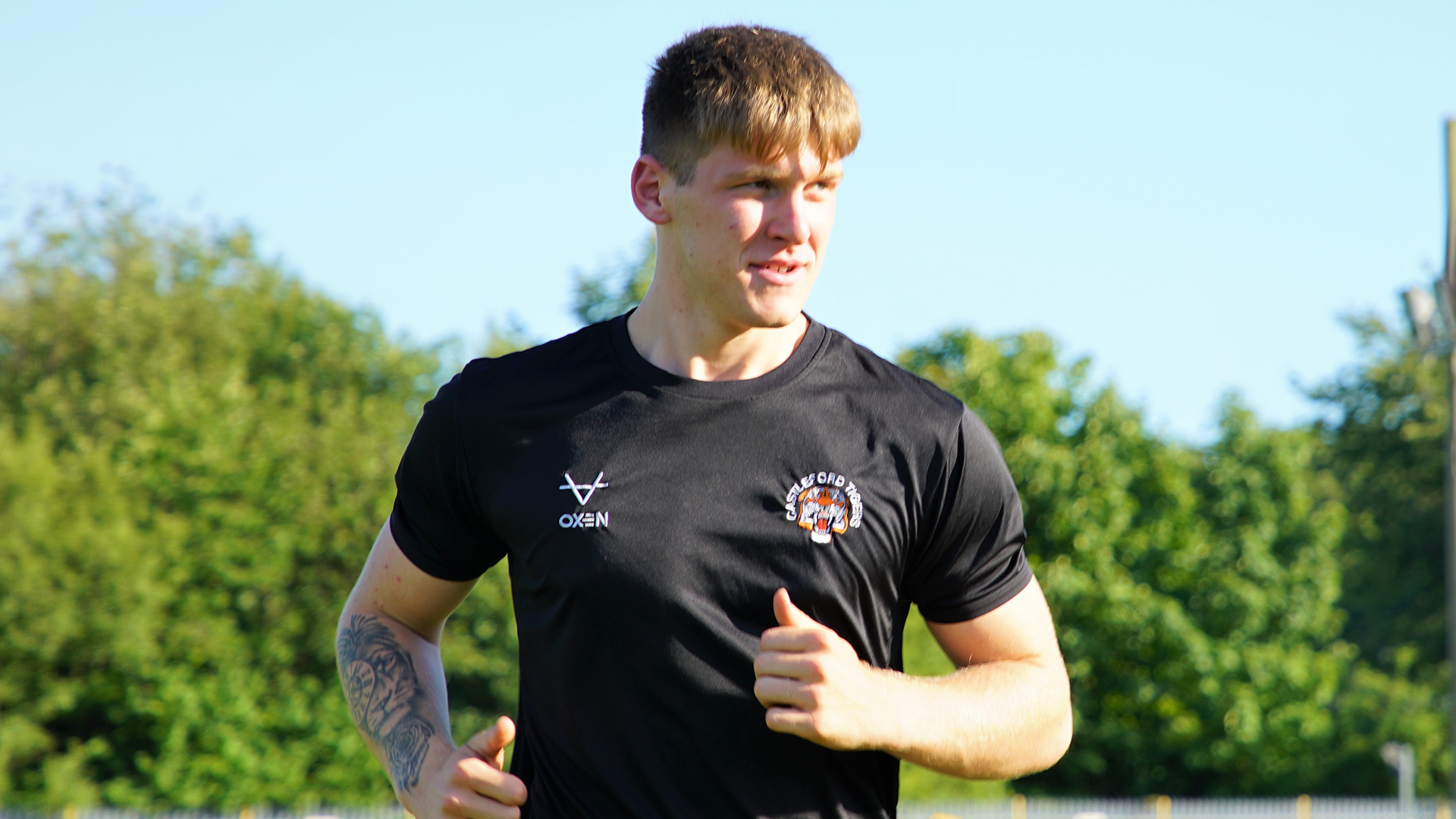 Castleford Tigers’ Academy side are in action this coming Saturday as Wigan Warriors come to The Mend-A-Hose Jungle for a 12pm kick-off.

The young Tigers will be aiming to bounce back after suffering a loss at Hull KR last time out with Max Rooney, Toby Mallinson, and Taylor Baddeley crossing during the 40-16 defeat at Sewell Group Craven Park.

To look ahead to the fixture, castlefordtigers.com sat down to speak to centre/second-rower Alfie Dean, who came through the ranks at community club Kippax Welfare and is proudly sponsored by Short Back n Syds in loving memory of Alan Lodge and Trevor Dean.

Watch the full interview with Alfie below!

The 17-year-old began by explaining that it has been an up and down year for the young Tigers, however, he claimed that the tougher results have only made the pack grow stronger.

“This year has been tough at times but that has brought the team closer together and made us grow as a squad. If you win every game, you don’t learn everything so with the more difficult results you can look at what went wrong and improve.

“We’ve learnt a lot together and we really want to push for these final few games to try and get a couple of wins to finish off the year. We just need to keep together as a group for these final two games we’ve got, and we want to get positive results to lead into next year as well.”

The Tigers’ Youth setup has a new look to it in 2022 with Rob Nickolay coming in as Head of Youth Development this year and when asked about his experience in the Academy system so far, Dean outlined that it has taken his game to the next level.

“The one-to-one training we have had with Chris Spurr and Tom Schofield has been amazing. They have really shown us where we need to be getting better and what we have been doing well. With Rob Nickolay as well, he has come in and really helped all of us push forward.”

Warriors currently sit in sixth in the academy table, two positions above the Fords and in their last meeting, the Tigers were edged out 22-14 at Robin Park Arena, therefore we are expecting a hotly contested fixture again this time around.

When asked about his upcoming opponent, the Castleford youngster stated that they will harness the incredible backing from the home crowd to try and get over the line.

“We are expecting a close game on Saturday, and we fell just short to them last time, so we really want to get the win at The Jungle. Being able to play down here is crazy because when you’re in the Academy, you don’t think you will get many chances to play on the pitch. To be out their every home game this year has been amazing.”

Alfie recently had the honour of representing Yorkshire at Wakefield Trinity’s Be Well Support Stadium for the White Roses’ third Academy Origin game of the series against Lancashire.

In closing, Dean reflected on what was a hugely proud moment to represent his county, by saying: “Being chosen out of all the Academy players in Yorkshire was a special moment for me. It was the hardest game I’ve played in so far but it was good to get a decent run out as well, but it was very tough. Having the experience of playing in a game like that is only going to help my development.”

Don’t forget Tigers 2022 Members get entry to the fixture on Saturday for FREE as do Under 16's, otherwise, it is just £5 entry. Car parking is available at the stadium too priced at just £2.