Tigers squad to travel to Saints

Lee Radford has named his 21-man squad to face St Helens away on Sunday!

Lee Radford has selected his 21-man squad for the Tigers’ upcoming Betfred Super League contest away at St Helens on Sunday!

Castleford’s squad news is proudly sponsored and brought to you by GeoShield.

The Fords will be chomping at the bit to bounce back this weekend after a disappointing defeat to local neighbours Wakefield Trinity last time out.

Castleford’s last visit to the Totally Wicked Stadium was an unforgettable one as Greg Eden’s full-length intercept score clinched the Tigers’ first victory away to St Helens for over 30 years.

After both missing out on last week’s derby due to concussion protocols, Gareth O’Brien and Alex Mellor will be available for selection this coming Sunday. Cheyse Blair is included in the 21-man pack and Sosaia Feki makes a welcome return to the Cas squad for the first time in 2022.

Radford will be without Jake Mamo as he is forced to sit out after picking up a head knock in the Tigers’ previous outing along with Daniel Smith, George Lawler, and Kieran Hudson who also step out of the line-up.

Tickets for the game are still available at Tigers Den in Carlton Lanes, and in our Superstore at Xscape! 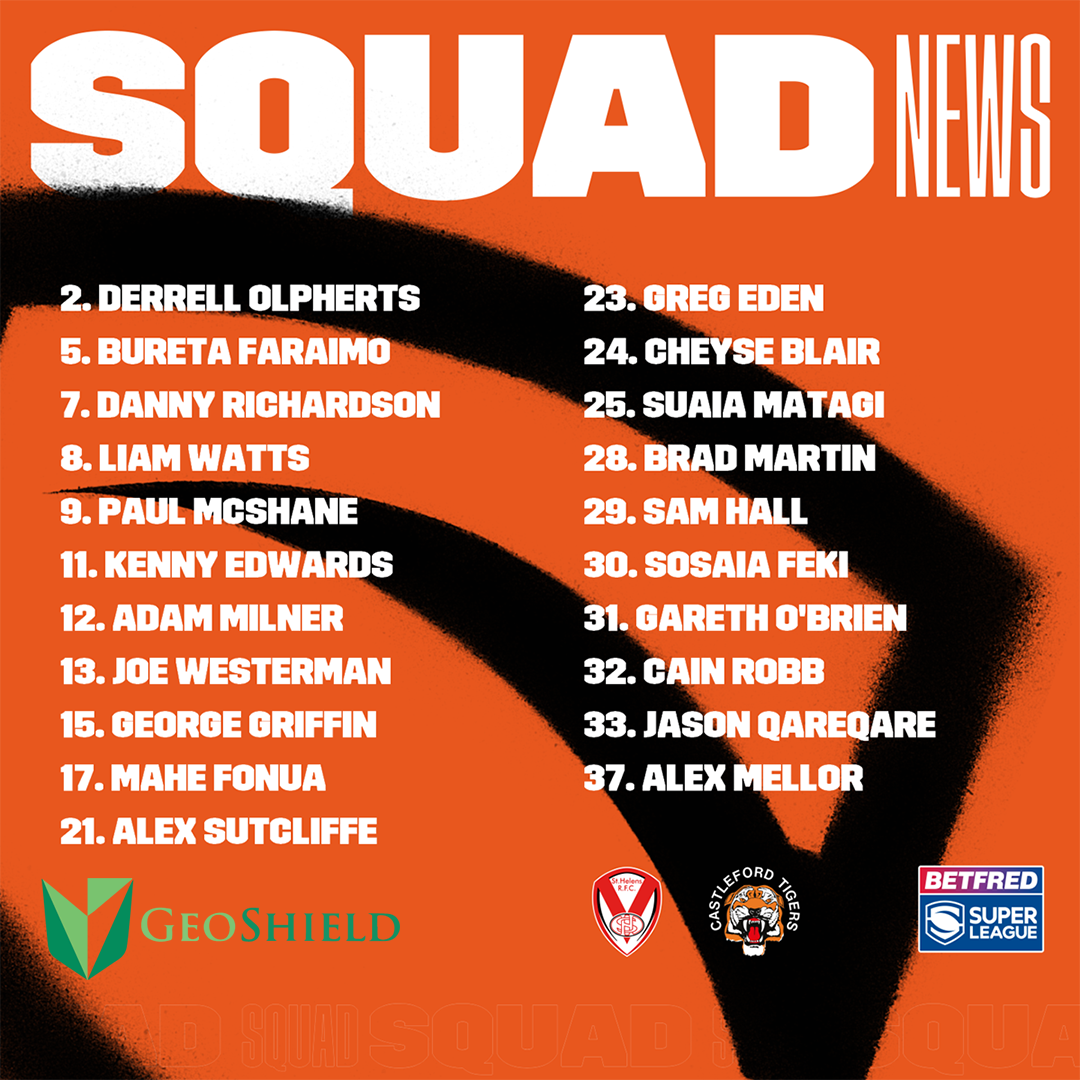