Castleford Tigers’ Scholarship side claimed a dramatic 34-34 draw in a back-and-forth encounter with Wakefield Trinity on Wednesday night. 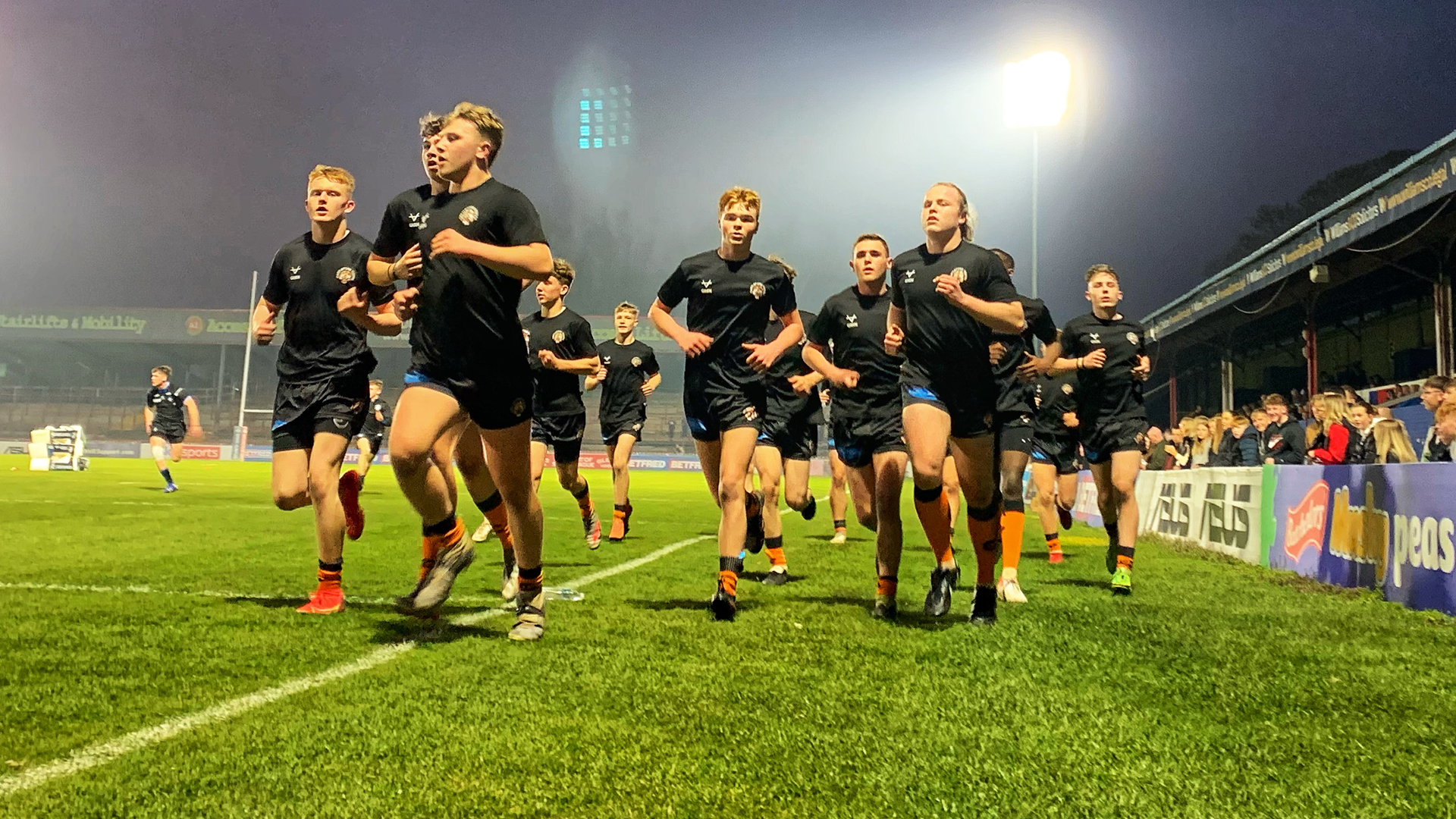 Castleford Tigers’ Scholarship side claimed a dramatic 34-34 draw in a back-and-forth encounter with Wakefield Trinity on Wednesday night.

Castleford earnt the first meaningful position to attack from after a quality kick forward was followed up by a good chase to force the hosts into a drop out. The following set saw the Tigers take the ball through the forwards, but their attacking effort was stopped by a forward pass to Cameron Docherty.

After keeping Cas out, it was Trinity who got on the scoreboard first in the fifth minute. An offside call against the visitors allowed Wakefield to get up the field after winger Amir Sghaier went close, it was Charlie Harrison who bundled over from a short ball. Will Brough slotted his kick to put his side 6-0 up early on.

The Tigers forced the issue after going behind as Harry Egley and Woody Walker both almost made it to the line but were stopped just short. Stand off Jenson Windley was trying to create with his kicking game but his lofted boot to the right was too far in front of Tom Oxley on the right-hand side.

Wakefield then responded with some attacking play as they were awarded a penalty five metres from the Tigers’ line but couldn’t capitalise with Brough’s hit out pass to Tom Oxley falling in front of the winger.

Walker was causing problems through the middle with his size with the prop making a brilliant burst before Castleford forced the hosts into drop out. Unfortunately for the Tigers, they couldn’t make the most of the following set as Windley’s long pass wide was intercepted

Moments later and the hosts were in for their second of the night. Brough was alert a few metres out to gather an offload and managed to get the ball down. The full back then converted his own try to put Wakefield 12-0 up.

Castleford weren’t fazed by their opponents extending the lead as just a few minutes later they notched their opening score. A fantastic rip in the middle of the park around 40 metres from the Trinity try line got the Tigers into a strong position. Cameron Docherty was the man to smash over and Alfie Wall made no mistake with his first conversion of the match.

The wind was in Cas’ sails as just before half-time they got within just two points of Wakefield. Windley unlocked the door with an inch perfect kick to the left and Harry Egley collected it and spun over to dot down. Wall couldn’t make his kick for the scores to read 12-10 as the players went into the sheds.

The Fords kept their momentum into the opening exchanges of the second period and went into the lead for the first time 42 minutes into the game. Jensen Leake made the initial burst for the line before interchange Luke Garside crashed over. Wall placed his conversion perfectly to put Castleford 16-12 ahead.

Wakefield responded in the best possible way just minutes after the Tigers took the lead with two quickfire tries. The first came through Cain Staveley-Carr after some good play through the hands and it was Will McCardle who scooted over for the second with Brough converting one of the scores to nudge Trinity 22-16 in front.

With just under half an hour to go Castleford dragged themselves level after some dazzling footwork from Jensen Leake opened up the space for the scrum half to sprint over. Wall was accurate to add the two points and tie the game.

Wakefield’s attacking play was causing problems as they notched another two tries in quick succession. Finnley Thompson crossed before Staveley-Carr added his second of the night and Brough added the extras on both occasions to put Trinity 12 points ahead with 20 minutes remaining.

With the clock ticking ever closer to full time Castleford came roaring back in what was an end-to-end game of rugby league. With around 12 minutes to go a Rooney chip forward forced the home side to kick out and Jack Hudson did well to cut in and barrel over. Wall converted to push Cas within 6 points of Wakefield.

The Tigers completed the comeback as Docherty almost got his brace before Ollie Boocock’s pick and go got him over the line. Wall slotted from the tee to set up a dramatic grandstand finish.

Castleford looked to have taken the win in the closing couple of minutes through Hudson who made a run for the corner but was tackled inches from the line and dragged out of play by the covering Trinity defence.

The Tigers then set up for a late drop goal with seconds left on the clock but Rooney placed his effort wide and the final hooter blew for an enthralling contest to finish level.