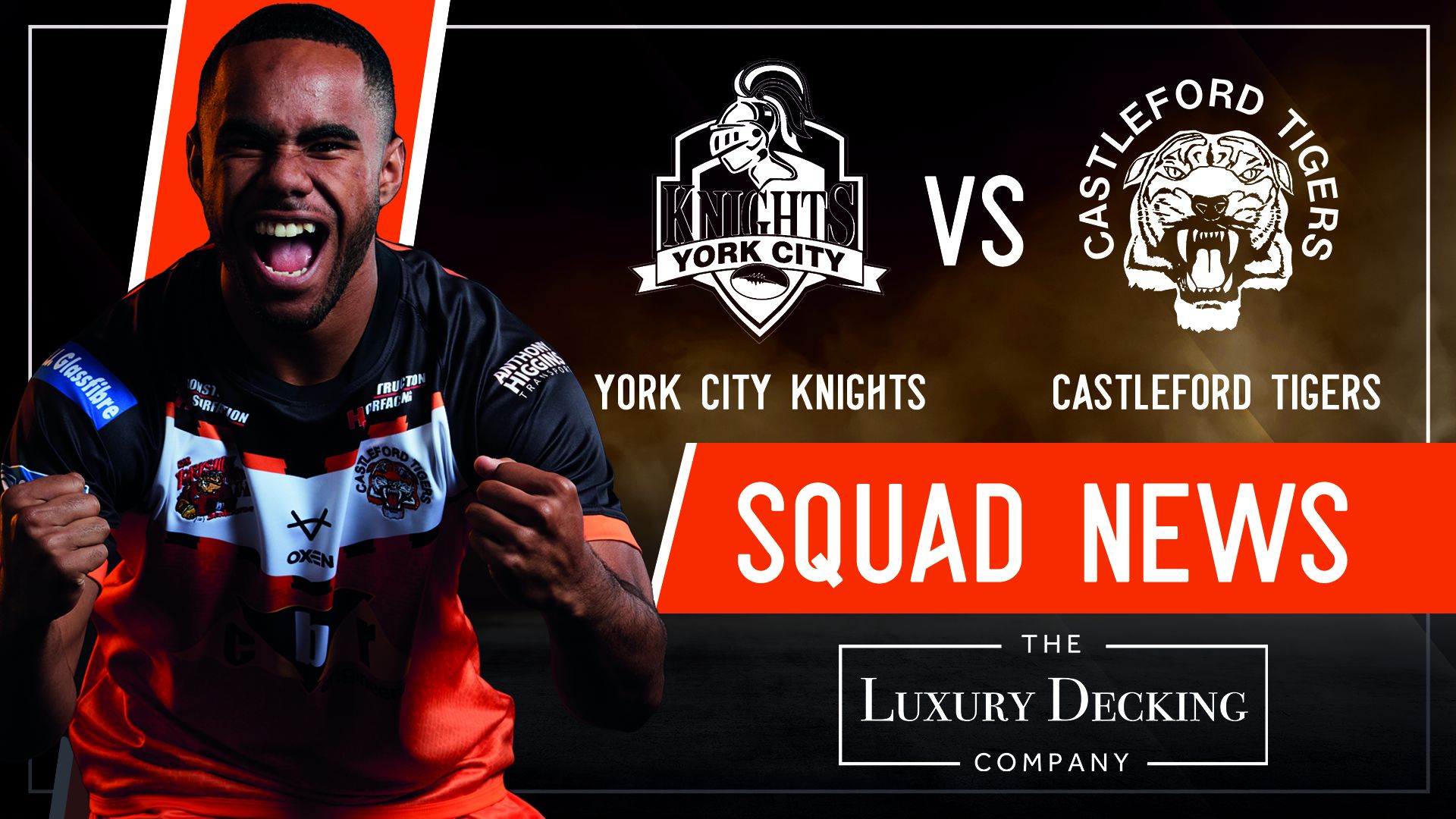 It’s a trip to the LNER Community Stadium for the Tigers as they face a York City Knights team who are yet to be beaten in their pre-season campaign.

The Fords will be the first Super League club to play at York’s year-old stadium in front of supporters and the occasion will also mark the beginning of Lee Radford’s reign as Head Coach at Cas.

Six out of the eight new signings are included within the squad with just Callum McLelland and George Lawler missing out, McLelland is still working on coming back from an injury, whilst Lawler is serving a match suspension.

Sunday will also mark the debut for Junior Vasuitoga who is currently on a pre-season trial with the Tigers. Vasuitoga is a serving Private Soldier in 9 Regiment RLC and a member of the 84 Medical Supply Squadron. The 26-year-old began training with Castleford in November.

Jake Trueman returns to the squad for the first time since the 2021 Challenge Cup Final following a back injury that ruled the half-back out for the remainder of the season. The Fords faithful will be excited to welcome back the 22-year-old who is raring to go ahead of the new campaign!

Much like Castleford, York has made a number of changes in the off-season which has seen them bring in eleven new players such as Pauli, Jamie Ellis, Jordan Thompson, James Glover, and Liam Harris.

Knights Head Coach James Fords is a Castleford-native which included a spell early in his playing career with the Tigers, and their club captain Chris Clarkson was part of the Fords’ squad in 2019 which secured a play-off finish and an eliminator victory over Warrington.

Castleford’s physical stock of tickets for this fixture has now sold out but tickets can still be purchased via York City Knight’s ticketing website, and tickets will be available at the stadium on game day too.