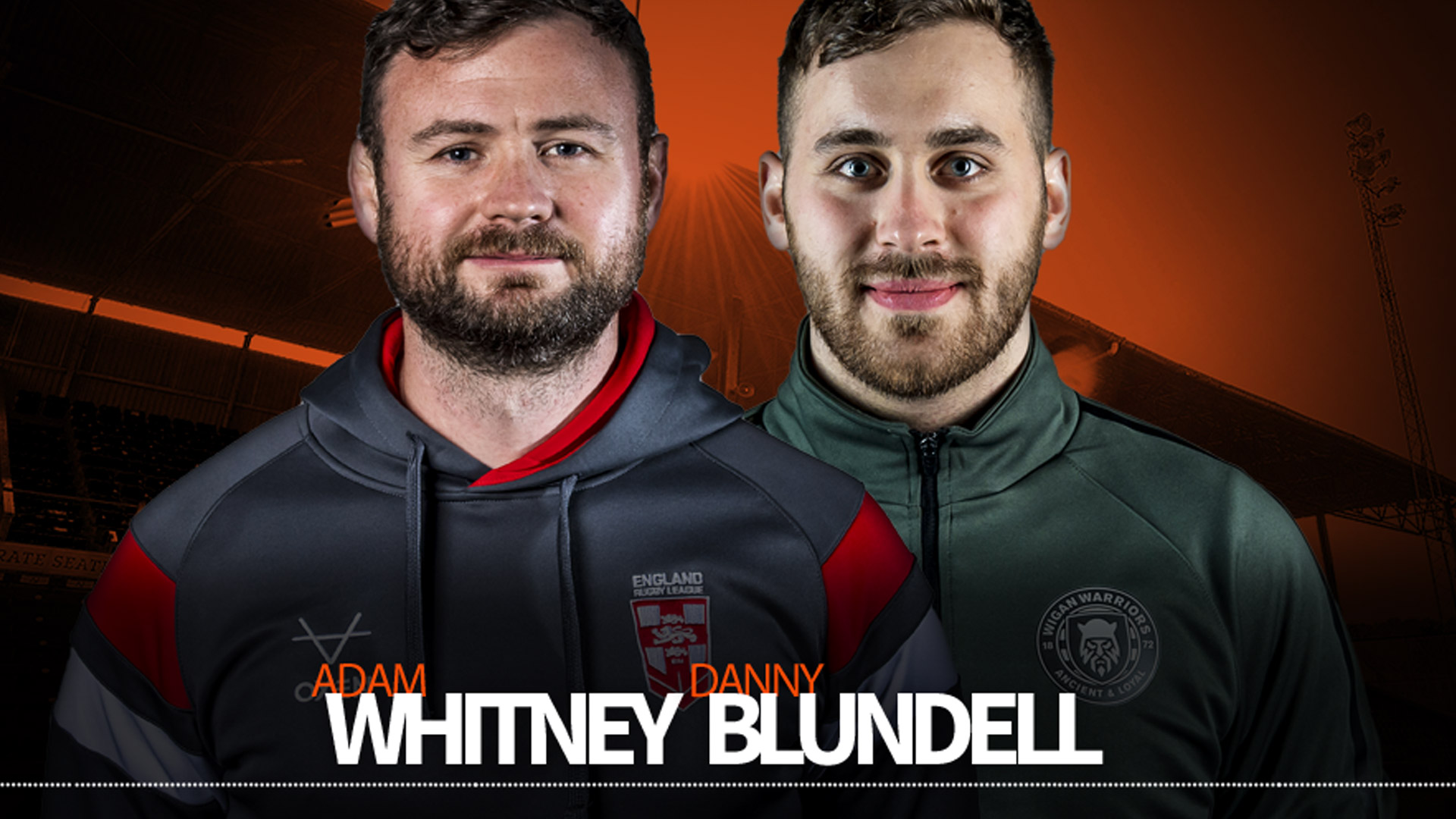 With pre-season set to officially start on Monday, 8th November 2022, both Adam and Danny have been hard at work alongside the rest of Radford’s coaching team in preparing a new look to the players and coaches’ areas at The Mend-A-Hose Jungle and laying out the plans to get the First Team ready for the new campaign next year.

Whitney boasts an impressive amount of rugby league S&C experience with seven years spent at Hull FC, over three years as the England Knights conditioning coach, and has spent time working at the University of Las Vegas and Loughborough University, where he oversaw their performance sports teams.

The Tigers’ new Head of Strength & Conditioning insisted that the opportunity to work at Castleford and with Lee Radford was one he was incredibly keen to take.

“I’m extremely excited and glad to be on board with a club that has so much history and so many passionate fans," Whitney told castlefordtigers.com.

“I have worked with Lee previously at Hull FC, about seven seasons, so I know him very well. He is a great person to work for, and brings out the best in others as he is very passionate in what he does.

“I grabbed the opportunity to work for Castleford Tigers with both hands when the chance arose. Getting to working with people like Andy Last, Lee Radford, and Danny Wilson again as well as new staff members and players is certainly something I’ll relish.”

Danny Blundell joins the Tigers after two seasons with Wigan Warriors, during which period they won the League Leaders’ Shield in 2020. Speaking about joining Lee Radford’s coaching team Blundell said: “I’m really excited to be here, it’s a great club to be at with a great fanbase – it’s always loud when I’ve come here before. It is a great atmosphere, on game day, it is bouncing and it’s going to be a great club to be a part of.

“It’s a different opportunity, a fresh start with new coaches coming in, Lee’s won back-to-back Challenge Cups, Andy Last is England Assistant Coach, Matty Crowther is the England physio, it’s a great staff to be a part of. With the signings Lee has made it is going to be an exciting time for Cas.

“I had a great relationship with Adrian Lam, worked with their assistant coaches Matt Peet, John Winder and Sean O’Loughlin, I learnt an awful lot off them. I think it was a fantastic opportunity for me to go my separate way, come closer to home and work with some great coaches and players here.”

Castleford Tigers Head Coach Lee Radford is delighted to welcome both Adam and Danny into his coaching team saying: “Adam Whitney is very good at what he does, and I have obviously got a relationship with Adam from my time at Hull FC. He’s a good, honest, hardworking bloke who goes above and beyond for the players and I think they will recognise that when they come through the door.”

“In Danny Blundell, I was really impressed when I sat down with him and spoke to him with some of the stuff that he delivered. He is coming from an elite club that has done things right over the last decade. Being an analyst is a time-consuming job with irregular hours because as a coach you are expecting the data at half-past seven the day after the game so that means some night shifts, but the analysts are very important in what we do.”